By Laura Kiniry for BedandBreakfast.com

It's amazing what you can get for less than 200 bucks at a B&B. Along with delicious eats and personable innkeepers, each of these spectacular inns offers private baths, complimentary WiFi and luxurious perks galore. Plus, they're located near some of America's most popular cities and attractions.

In a seaside town well known for its wonderful selection of B&Bs, Cape May's Peter Shields Inn remains a standout. The early 20th-century Georgian Revival mansion began as a private home, though today it boasts nine individual guestrooms -- each sporting Gilchrist & Soames of England bath products and modern amenities such as LCD televisions, as well as one of the city's best fine-dining restaurants. With a prime location overlooking the beach, and afternoon wine and cheese, you'll never want to leave. Rates start at $99 a night. 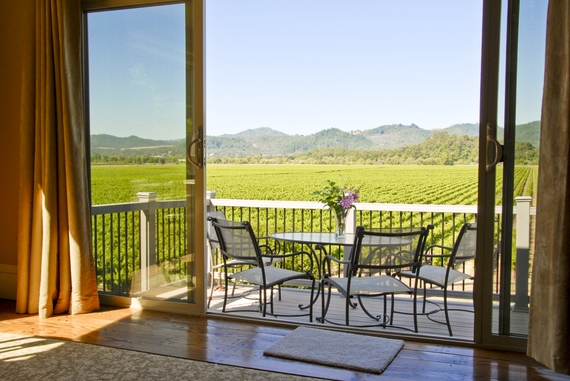 Auberge on the Vineyard, Cloverdale, California

Sonoma County's Auberge on the Vineyard provides an especially unique experience: luxurious, affordable accomodations in the heart of California Wine Country. Its seven rooms are split between an early 20th-century Queen Anne Victorian with a lovely wrap-around verandah and the newer Carriage House, which was completely remodeled in 2010. Occupying an exquisite location overlooking the vineyards of Anderson Valley, this French-inspired, eco-friendly property is known for its special touches: clawfoot tubs in some of the rooms, heirloom antique furnishings and three-course breakfasts that may include Quiche Lorraine or pain perdu. Rates start at $140 a night. 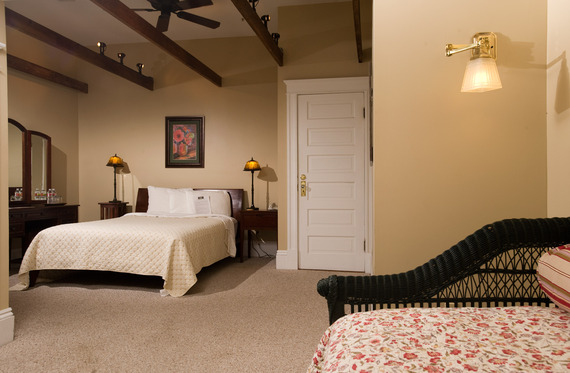 New Orleans's Canal Street Inn is located along the city's most iconic thoroughfare, Canal Street -- just a 30-minute street-car ride from the French Quarter and an easy walk to numerous restaurants and a day spa. Built in 1912 in a range of architectural styles, this impressive mansion features a sunken patio and surrounding gardens filled with ancient live oak, fruit, and pecan trees -- a welcome respite when you need a break from the Big Easy's endless bustle. Each of its 10 rooms has its own distinct character, whether this includes a stained glass window or a king-size sleigh bed. Rates start at $145 per night. 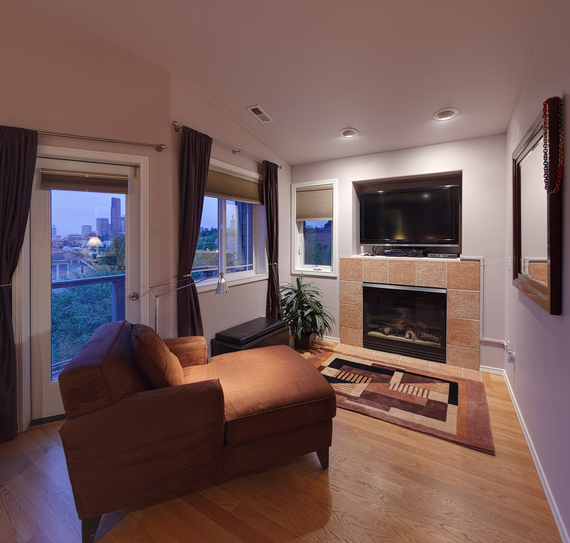 True to its name, Seattle's modern Sleeping Bulldog Bed and Breakfast has a resident pooch: an adorable, wrinkly faced bulldog named Mojo. It also has plenty of perks, including a central location between Pike Place Market and Seattle's sports stadiums, and fantastic views of the downtown skyline. The inn features lots of personal touches, such as freshly baked cookies in the afternoons and Keurig coffee makers in each of its four rooms. Both innkeepers are Seattle natives and happy to provide insider tips. One is even a former Seattle transit operator. Rates begin at $141 per night. 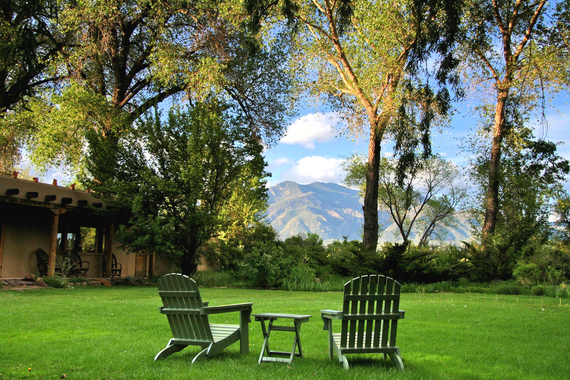 Set on more than an acre of land about a mile north of artsy Taos's Historic Plaza, Hacienda Del Sol offers an ideal getaway for couples or anyone simply looking to unwind. Its 12 large guestrooms are spread among several adobe structures, each with unique details such as latilla ceilings and arched pueblo-style doorways. The rooms themselves are decorated in a Southwest style, all with distinct characteristics like specially woven rugs and locally handcrafted quilts. Two flora-surrounded courtyards overlook Taos Mountain, considered sacred by the Taos Indians, and an outdoor hot tub includes a sign-up sheet for added privacy. Rates start at $160 per night. 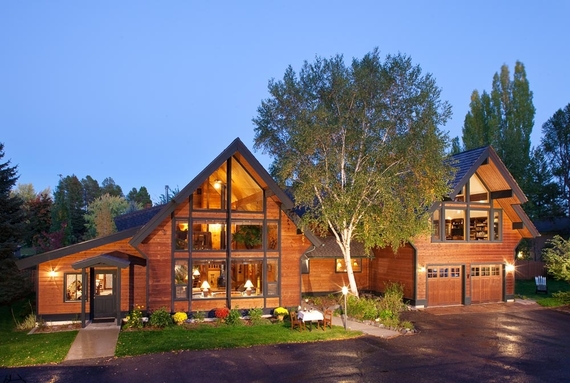 A stunning cedar log inn that's a perfect jumping off point for Whitefish Mountain Resort and Glacier National Park, Good Medicine Lodge offers loads of thoughtful amenities: a ski room for drying your gloves and boots in winter; a complimentary daily appetizer and glass of beer or wine; and a communal room where you can watch free Netflix on a big-screen TV. Each of the six guestrooms and three suites features vaulted ceilings, solid wood furnishings and custom-made beds, and most have their own private balconies. A menu of hot breakfast entrees is presented to guests each evening so they can choose their morning meal. Rooms start at $105/night. 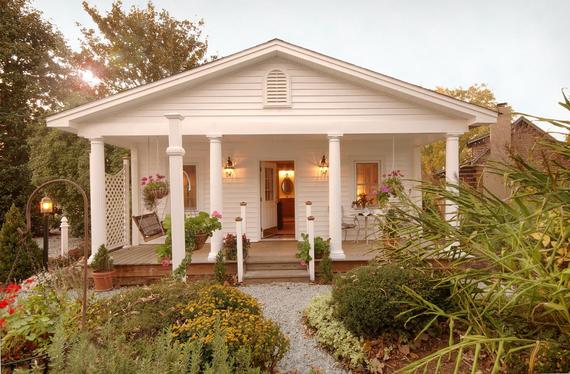 It's only a 15-minute drive to downtown Durham, but the Research Triangle's rustic Arrowhead Inn feels a world away -- with its laid-back garden setting and variety of lodging options. This inn definitely goes the extra mile: writing journals and refrigerators are available in every room, and complimentary refreshments such as apple cake and mulled cider are offered every day. Guests have the option of having dinner onsite (for an added cost) Thursday through Saturdays. While the most affordable rooms are within the property's 18th-century Manor House, you can also splurge on a private garden cottage (pictured here) or a log cabin with loft bed. Rooms start at $159 a night. 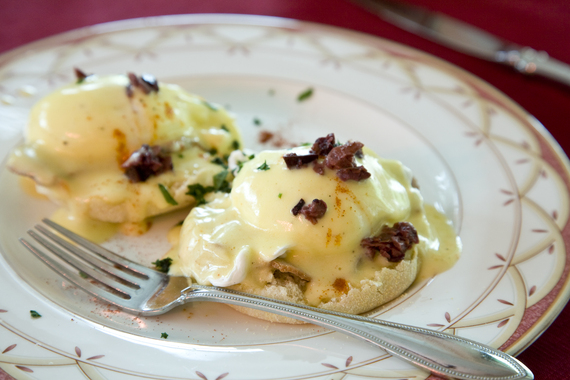 Situated on 22 acres in the winery-studded Texas Hill Country, midway between San Antonio and Austin, the Blair House is a destination in itself. It features an art gallery highlighting the work of local artists, which is integrated into the first floor of the main lodge. There's an outdoor lap pool and a day spa with a sauna. And Blair House even hosts its own cooking school, with two- and three-day classes offered in everything from Italian cuisine to BBQ. The three guestrooms in the main lodge maintain an airy, country feel. Suites and private cottages are spread among the property. Rates begin at $160 a night. 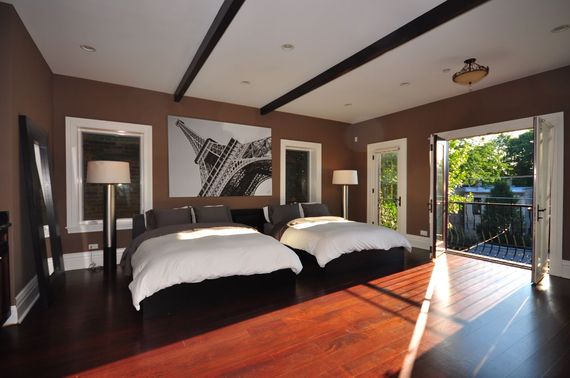 Chicago's Villa D' Citta offers luxury accommodations with Italian flair. Housed in a 19th-century Greystone mansion in the city's Lincoln Park neighborhood, the six-guestroom property boasts a bevy of extras. There's a backyard Jacuzzi and sundeck accessible by a spiral staircase, and a kitchen--fully stocked with Italian meats, imported cheeses and fresh bread--that is always open to guests. There's even an elevator. Enjoy a made-to-order pizza cooked in the inn's stone oven and served with a complimentary carafe of house wine (for a small fee). Rooms rates start at $129 per night. 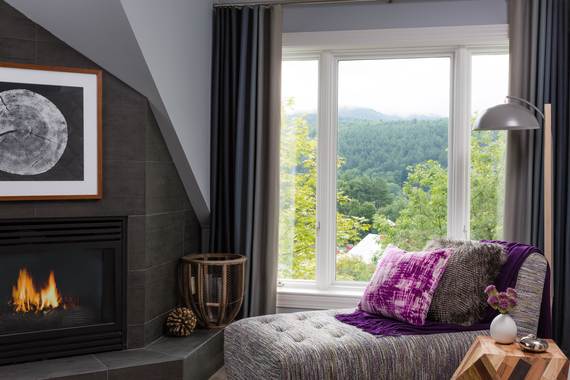 This brand-new property has all the style and amenities of an inn twice its price. Field Guide, a boutique B&B that opened in October 2015, is an ultra-fashionable inn in Vermont's lush Green Mountains. Feast your eyes on Instagram-worthy guestrooms and common areas created by interior designer Rachel Reider. And enjoy contemporary amenities such as iPads and Apple TV in all rooms, a heated pool and hot tub, Lather bath products, and 24-hour front desk service. Nightly rates start at $139.