Nonprofits take your donations and give them to a good cause, right?

To be fair, most do, while paying their employees competitive but modest salaries. But a handful of nonprofits pay their top executives shockingly high salaries that could make their for-profit corporate counterparts jealous.

While you may be scrambling to make your annual charitable contributions, nonprofit executive compensation is rising faster than inflation, though not by much. Median pay for executives at the largest charities and foundations increased 3.8 percent in 2011 to $429,512, according to a September report from the Chronicle of Philanthropy, whereas the inflation rate was about 3 percent during the year.

In 2010, one-third of nonprofits surveyed provided bonuses to their well-paid executives, and the median bonus was over $50,000. This year, top executives are expected to receive modest increases, from 2.5 to 3.5 percent. But when you’re making what the highest-paid executive on our list does -- $2.5 million a year -- that’s a decent raise. More than 20 nonprofit groups paid top executives more than $1 million a year in 2010 and 2011, according to the report.
The rising nonprofit salaries prompted New York Gov. Andrew Cuomo to issue an executive order in May that limits some charities from using state funds to pay salaries of more than $199,000. Other states, such as New Jersey, Florida and Massachusetts, have also made efforts to curb nonprofit executive pay.

Click here to see the 10 highest-paid nonprofit executives in the field (excluding those at colleges and hospitals), according to 2011 and 2010 tax return data compiled by the Chronicle of Philanthropy. The data come from 400 charities that raise the most money from private sources or grant makers. 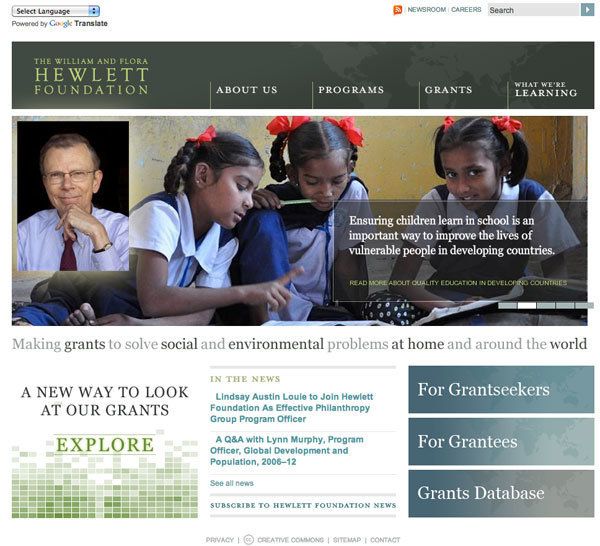 1 / 10
1. Laurance Hoagland Jr., Chief Investment Officer, William and Flora Hewlett Foundation, Menlo Park, CA - $2.5 million
The William and Flora Hewlett Foundation is a private nonprofit started by Hewlett-Packard cofounder William Redington Hewlett in 1966 that awards grants to educational and cultural institutions. Mr. Hoagland, who was formerly a portfolio manager of the Irwin Management Company in Indiana, earns pay fit for a top CEO on Wall Street. In 2011, his base salary was $561,927, but he earned an additional $1.87 million for “incentive compensation” on top of $35,059 in retirement payments. Not included in this number are his generous benefits - $65,311 for medical coverage and matched 403(b) retirement contributions. <a href="http://www.thefiscaltimes.com/" target="_hplink">Read more at the Fiscal Times. </a>
hewlett.org