One doesn't need an encyclopedic knowledge of science to hang with Jane Goodall; instead, a dose of curiosity will do. The world-famous environmentalist and animal rights crusader -- who's spent more than half her life working with chimpanzees -- has a surprisingly sharp wit and a fiercely sensitive side. Her latest book (about plants), Seeds of Hope, came under fire regarding editorial citations, but her reputation as an earthy soothsayer remains decidedly intact. I first met Goodall, now 80, at the 2013 Clinton Global Initiative Annual Meeting, where she pushed for protection of our planet's dwindling elephant populations. Last week, when we sat side-by-side in two cozy armchairs for another interview before the annual Captain Planet Foundation Gala in Atlanta, Goodall's soft-spoken answers felt more like sage advice from an awesome Jedi Grandma than merely the quips of an activist. Following are my 2015 New Year's resolutions, inspired by her words of wisdom: 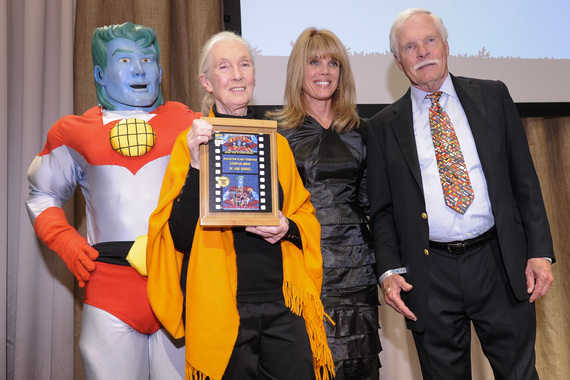