With a growing percentage of American workers finding themselves glued to a computer all day, those jobs that require a little bit of physical activity look more and more enticing to many.

So which jobs are good for burning the calories? After sifting through millions of listings, job search site Glassdoor.com found that in several jobs, exercise and physical exertion is a key component of daily tasks. Even so, based on recent research, finding a job that requires a little extra exercise may be harder than it used to be. Over the past fifty years, the percentage of jobs held by Americans that required physical exertion has fallen to just 20 percent, down from 50 percent, a May report by PLoS One found. That means both American men and women now burn over 100 fewer calories a day than they used to.

When it comes to working off calories, some jobs have more obvious benefits than others. It's not surprising that personal trainers get a good workout, for example, but we didn't realize they get outranked by both valets and the sales reps at Best Buy.

It's not that those jobs that shed the calories are all fun and games -- far from it. Indeed, a number of these careers come with high degrees of stress. Firefighters, ranked seventh on the list below, have to stay in great shape to ensure they're ready to save lives and put out blazes, but the danger associated with the occupation also makes it an incredibly stressful job, according to one recent survey. Photojournalists, to use another example, also reportedly deal with the high stress of deadlines and intense competition. That might be expected when obtaining the best shot requires getting to the action just a bit faster than competitors, heavy equipment in hand, as Glassdoor.com points out.

Here are the ten jobs that burn the most calories, according to Glassdoor.com: 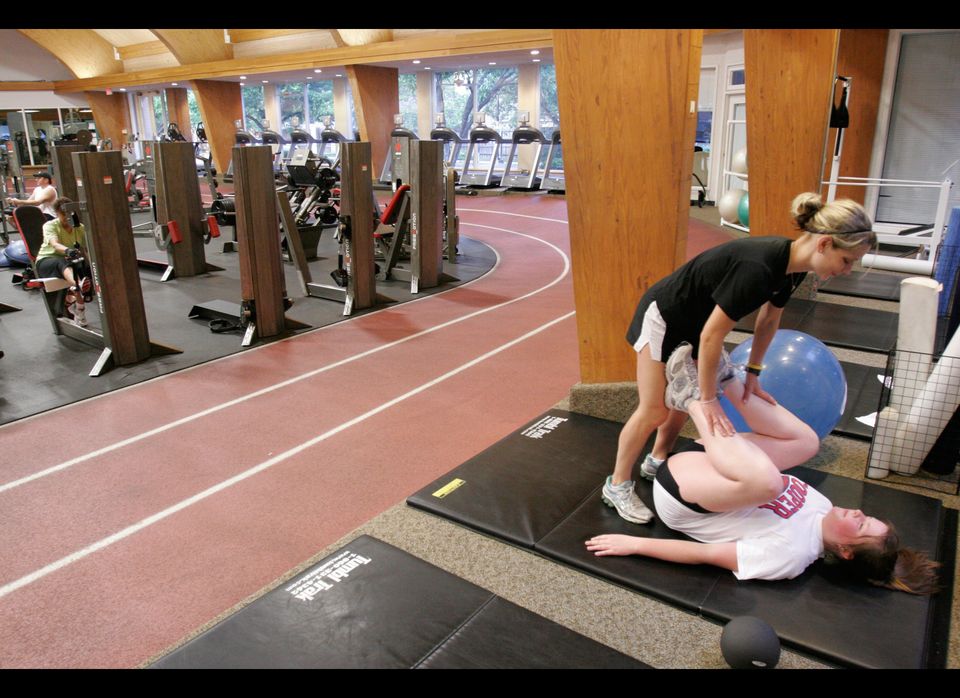 1 / 10
10. Personal Trainer
What better way to improve your fitness and maintain it than by training others day in and day out? <a href="http://www.glassdoor.com/Job/personal-trainer-jobs-SRCH_KO0,16.htm" target="_hplink">This career path</a> often requires training and certification, but once attained, you'll spend most of your day moving, lifting, stretching and coaching, by example. Increase your stamina from head to toe, and get paid. For example, a <a href="http://www.glassdoor.com/Reviews/Employee-Review-24-Hour-Fitness-RVW1181293.htm" target="_hplink">24 Hour Fitness Personal Trainer</a> in San Diego, CA recently commented, "You stay healthy while working with like-minded individuals that care about their fitness and health. (some take it a little overboard)."