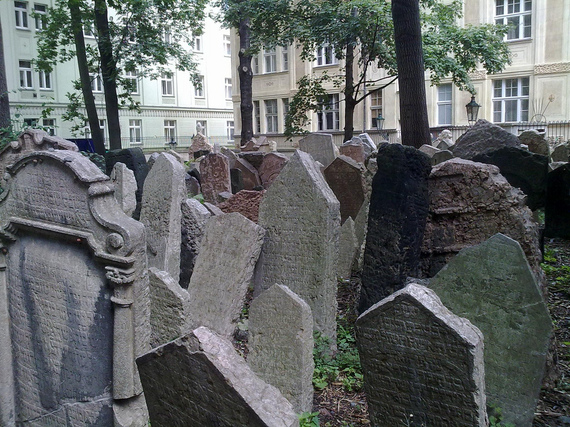 Cemeteries exercise an ambiguous fascination. Those cities of the dead within the world of the living have often been regarded solely as places where to pay our respect and regard to the beloved ones who have left us - this during the day. But as the sun set down and the gate closed, they immediately turned into a no-man's land wrapped in unreal silence and ghastly mistery. Ghosts and animals of the night regained control of their realm, and only the most wicked and reckless ones would dare to intrude.

Despite not being the merriest spots on earth, cemeteries have gradually been losing their negative connotation and nowadays there's a good number of them well-known for their charm and praised for the majestic beauty of their tombstones and mausoleums. Indeed, many cemeteries are seen as open-air museums boasting some impressive sculptural and architectural works of arts. Some of them host the graves of famous personalities who have distinguished themselves for the most diverse reasons, and have therefore almost become centres of pilgrimages. Others are just simply enjoyable for their quietness, their leafy, tranquil paths making them some sorts of alternative park where to stroll, think and find some (hopefully, for now!) temporary rest from the world outside. 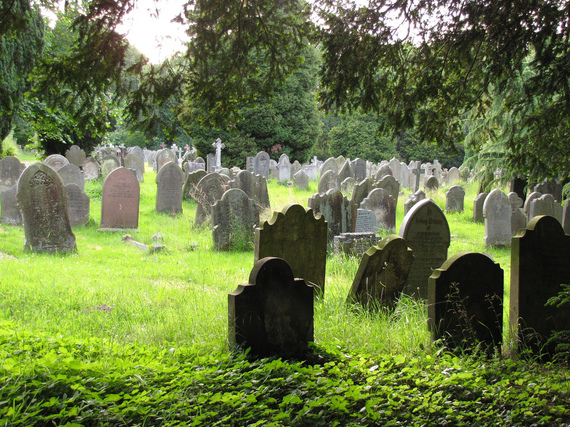 Nope, you don't need to belong to the Addams family to enjoy graveyards! We might be already acquainted with some notorious ones (i.e. the Highgate Cemetery in London, the Père Lachaise and the Montparnasse ones in Paris), so we have decided to make a list of the top ten less known cemeteries in Europe that you might enjoy visiting. In random order.. 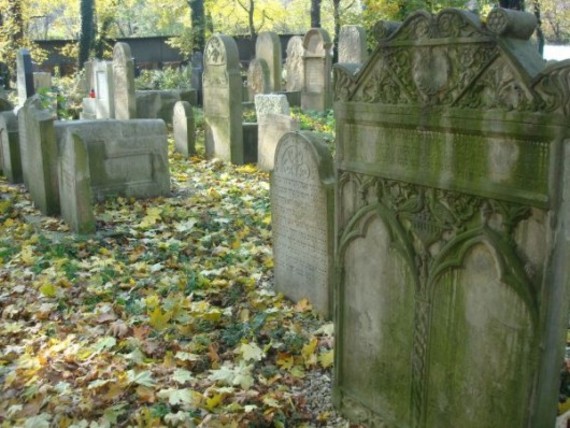 Krakow's identity has been largely influenced by its Jewish community, who up until WWII played a major role in making the Polish city a rich and thriving urban centre. The cemetery is called 'new', but it was opened back in 1800 after the old cemetery was closed down. This registered heritage monument contains some 10,000 tombs. The more you penetrate its depths, the more you will see that the cemetery has somehow been left at the mercy of weather phenomena and abandonment: graves are often covered in moss, tombstones have fallen and paths end leaving space for moss and overgrowing vegetation. But that's what its charm is all about - a Romantic intellectual would definitely appreciate it! 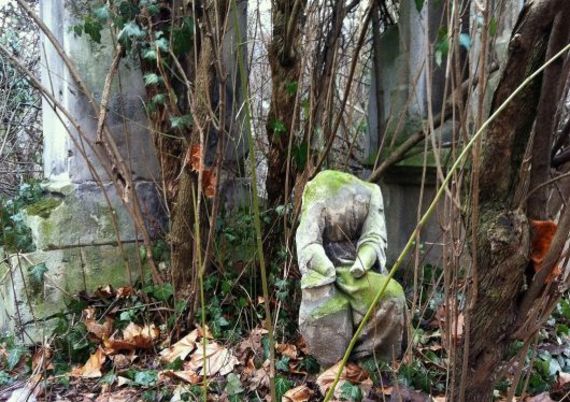 Founded at the end of the 18th century after an imperial decree established that further burials were to be made in places outside of the city walls, St. Marx's tombstones were supposed to be unmarked. The regulation was never respected, and if you take a look at the wrecked, crumbling graves, in some cases you will see that not only they bear the owners' name, but also their profession. Have you ever wondered where Mozart was buried? Right in here! 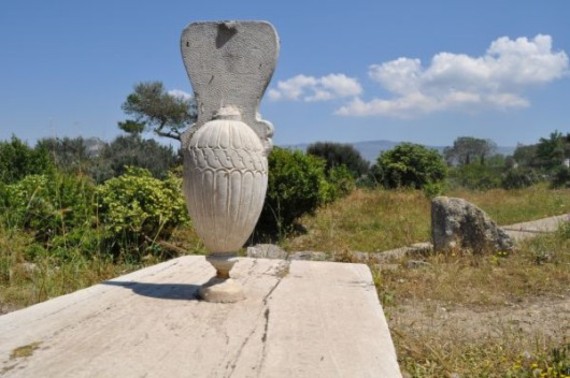 This is probably the oldest burial ground among the ones listed. In fact, Kerameikos dates back to Ancient Greece, and it was first organised as a cemetery in 1200 BC. Once at the western borders of the city, it has been absorbed in the urban fabric as Athens started to expand after the 19th century. Large areas around present Kerameikos have not been explored by archaeologists yet, surely hiding some impressive treasures. For the moment be content with walking around its peaceful paths shaded with olive trees - Kerameikos is one of the many archaeological sites where to escape from the hustle and bustle of the Greek capital. 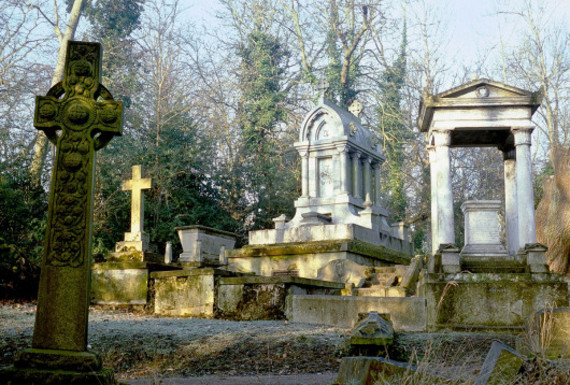 Being a huge metropolis, London is dotted with a high number of cemeteries. Some of them are well-known and have become prominent tourist attractions, while some others are just no more than a bunch of old graves around a local parish church. Located in south London, Nunhead Cemetery is the second biggest Victorian cemetery of the British capital. Unlike for its bigger brother (the aforementioned Highgate Cemetery), access is free. Like its bigger brother, it has some great example of 19th century funeral architecture. Nunhead cemetery is keep nice and tidy thanks to "Friends of Nunehead Cemetery", a volunteering organisation who carry out preservation once a month. 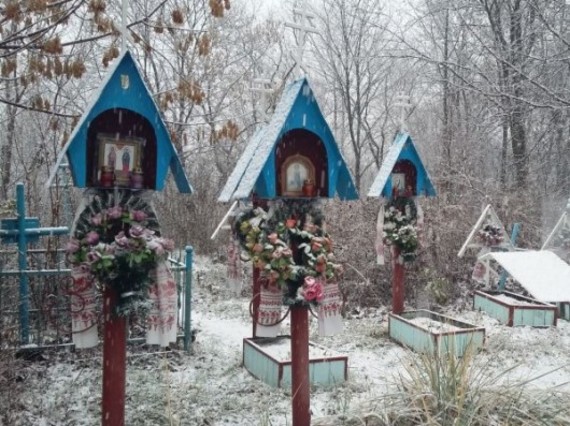 In the old, historic neighbourhood of Tatarka of Kiev lies the small Old Believers Cemetery. Old believers separated from the Russian Orthodox Church in 17th century, after the introduction of some church reforms by Patriarch Nikon of Moscow, and subsequently suffered from cruel persecutions throughout the following centuries. Despite the cemetery is now closed and abandoned, its gates are often opened and allow for a walk throughout the modest, traditional graves of the old believers. Right next to the cemetery is the Muslim Mosque and the old Muslim cemetery. 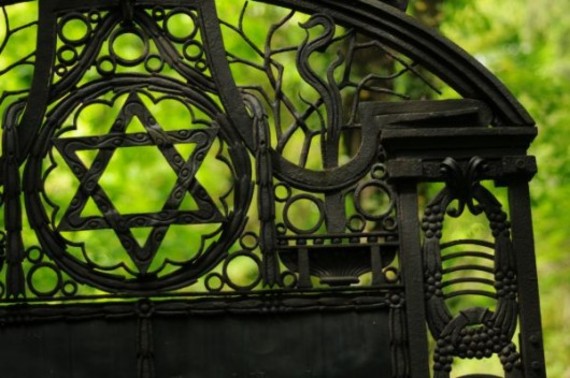 Back in 19th century Berlin's Jewish community built their second cemetery as the old one proved to be insufficient for their necessity. The Jewish Cemetry of Weißensee, in north Berlin, is home to some 115,000 graves, and boasts some of the finest examples of Art Nouveau mausoleums. The cemetery was severly damaged by WWII second bombings, and although have been allocated for its refurbishment, the cemetery is far from being back to its original state. Still, the Jewish cemetery will surprise you with its beauty and colours throughout the whole year. 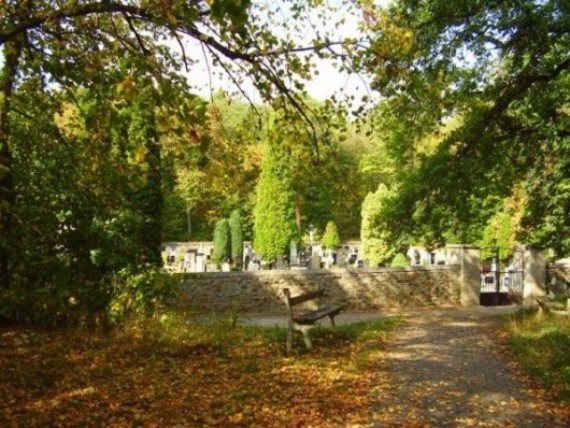 Chuchle is a south-western area of Prague. Its forest is much appreciated by local family, who take their kids there for pic-nic and to its mini-zoo. However, Chuchle forest has also a small church surrounded by a vast cemetery. The place offers an amazing view on the city and its river - just the ideal place where to go for a relaxing walk. 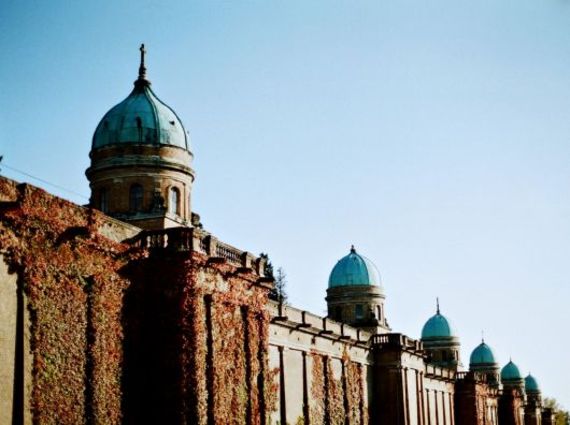 Maybe the name Migoroj wouldn't sound familiar outside of the national borders, but the Croatian people know that the central cemetery of Zagreb is one of the most outstanding landmarks in the whole city. Construction started in 19th century and terminated right before 1930. The cemetery is considered like a national pantheon, as many noteworthy and renowned people who played an important in Croatian history are buried here. But above all, Migorj is a must-see for its arcades and cupolas that mark its perimeter. 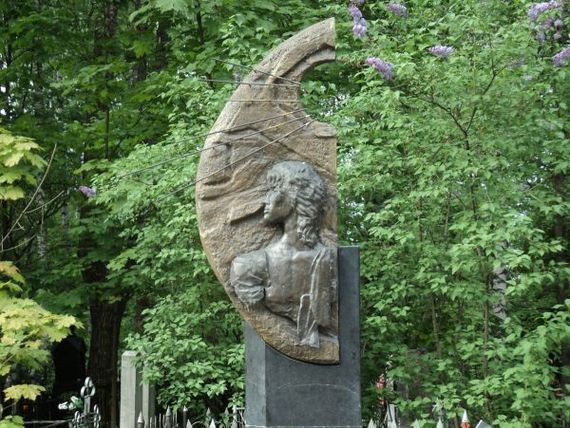 Being an imperial capital and a centre of the arts, Saint Petersburg has many historic cemeteries worth visiting. As an example, both Tikhvin Cemetery and Volkovo Cemetery's "Writers' footways" have been both turned into museums. Not as famous and celebrated as the afore-mentioned ones, the more remote Bogoslovkoye is nonetheless extremely interesting, as it is the final resting place of... Russia's biggest rock stars! The peculiar - and weird - bit, is that it's not uncommon to see fans playing the music of their beloved dead ideals and drinking booze in front of their graves. 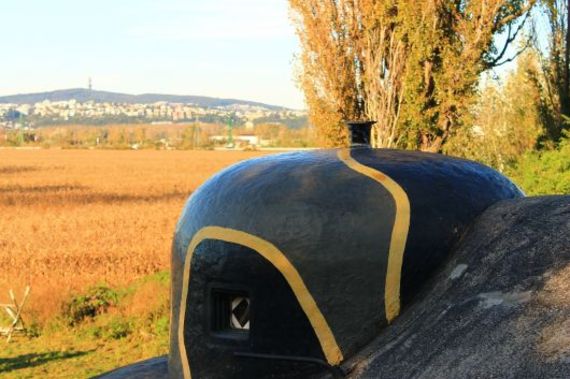 Right on the edge of Slovakia and Austria, just outside of Bratislava, there's a place soaked in - dark - history. Although now the area is packed with people strolling, riding and enjoying any sort of opean air activoty, here there was once the border protection system of the Iron Curtain. Among the attractions, there's a bulky, imposing WWII bunker and - needless to say -. a recently restored WWI cemetery.