When we think about the 60s, we might conjure up a decade when chain-smoking and two-martini lunches were still in vogue. Or, on the other end of the spectrum, we may think of a time defined by acid-dropping, free-loving counterculture. But however you look at it, the decade of the cultural revolution was a time when our ideas about health, wellness and happiness were radically changing.

In some ways, the spirit of the 1960s counterculture has made a resurgence today: We've arguably returned to a time when many are questioning the value of our relentless pursuit of "success" (and the stress that comes along with it), asking whether our hard-driving lifestyles are causing us to miss out on some of the important things in life. Interest in yoga, meditation and Eastern spirituality -- which were all originally popularized in the West during the 60s -- have also peaked in recent years, becoming ingrained in our cultural lexicon and American lifestyles.

From Transcendental Meditation to family dinners, here are 10 tips from the 1960s on living well.

Maharishi Mahesh Yogi brought Transcendental Meditation (TM) -- a type of mindfulness practice that uses the repetition of a mantra to clear the mind and promote relaxation -- to the U.S. in the late 1960s, and it spread like wildfire. The Beatles became followers of the Maharishi, spent time at his ashram in Rishikesh, India, and played an instrumental role in the popularization of the practice in the West. As a result, by the 1970s, "meditation moved from the counterculture to the mainstream, from weird to respectable, from youthful mind expansion to middle-age stress remedy," writes American Veda author Philip Goldberg.

And it works: TM has been associated with lower stress levels, improved academic performance, lower blood pressure, and reduced depression, among other physical and mental health benefits.

Get back to nature. 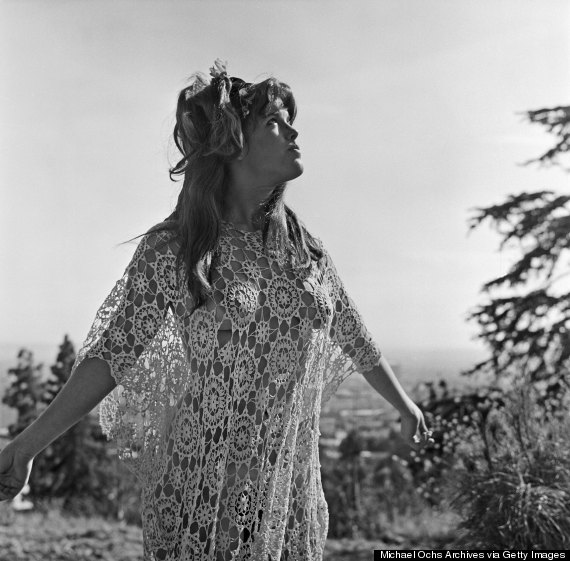 The counterculture moment revived many ideas from Transcendentalists like Ralph Waldo Emerson and Henry David Thoreau, particularly the notion of getting back to nature as a way to reconnect with the self and with one's inner truth. Hippies of the 1960s spent time in nature, finding their own "Walden" spaces to reconnect with themselves through the power of nature.

“We need the tonic of wildness," Thoreau wrote in Walden. "At the same time that we are earnest to explore and learn all things, we require that all things be mysterious and unexplorable, that land and sea be indefinitely wild, unsurveyed and unfathomed by us because unfathomable. We can never have enough of nature.” 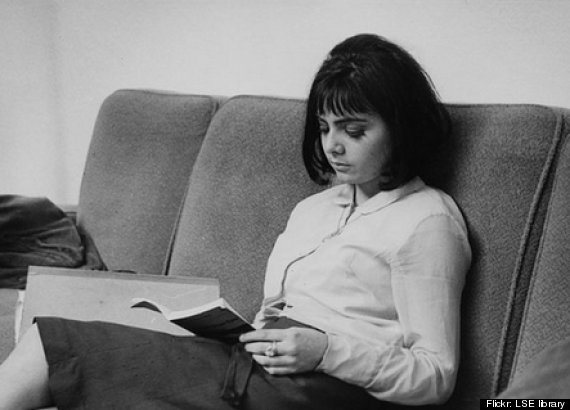 Pre-Internet and cell phones, and just as the TV was starting to make its way into American homes, sitting down with a good book was still a favorite pastime. Today, with constant digital distraction vying for our attention, it's certainly more difficult to find the time (and focus) to read at length. Nearly one in three Americans haven't read a book in the past year, according to a recent HuffPost/YouGov poll, whereas 25 percent of individuals in a 1964-1984 literacy poll said that they had read a book in the past day.

And perhaps we should take an, er, page from their book: Research has shown that reading a book (on paper, not on your iPad) may lower stress levels, improve sleep quality, keep your brain sharp and ward off Alzheimer's.

Bring music into your life. 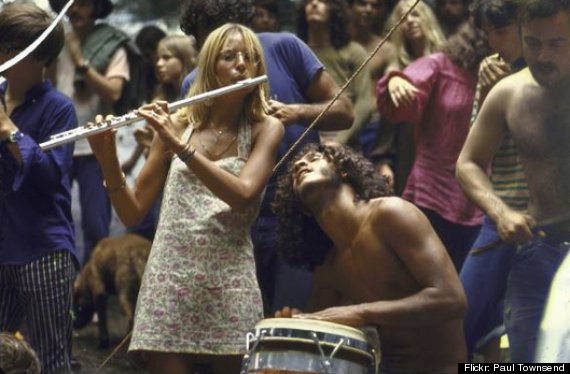 It's almost impossible to imagine the 1960s in America without classic rock bands like The Beatles, The Doors and the Grateful Dead, and singer-songwriters such as Bob Dylan, Joan Baez, and Joni Mitchell. Music was a huge part of the cultural revolution, and many of the values of the time were expressed through songs. Not only did music bring people together (ever seen photos of Woodstock?), but it also may have paid off with health benefits. Playing and listening to music could lower stress levels, ease anxiety and boost heart health.

Tune in to your spiritual side. 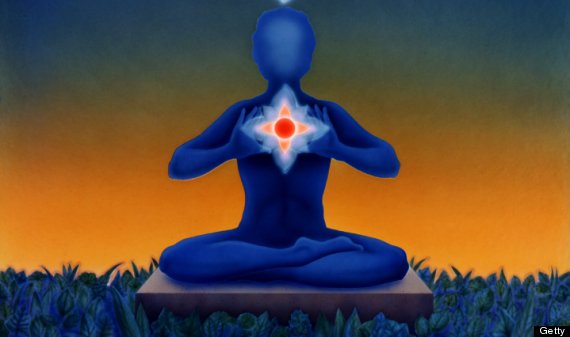 The cultural revolution called into question the dogma of organized religion, and instead advocated a free-thinking, inward-facing spirituality. The famous 1966 "Is God Dead?" TIME magazine cover affirmed the decline of religion and the rise of the "spiritual but not religious" faith designation and the New Age movement. Spirituality (which has been linked with mental health benefits, in addition to the known health benefits of having faith) blossomed during this time, and gained further cultural traction as the New Age crystallized in the 1970s.

Take a holistic approach to health. 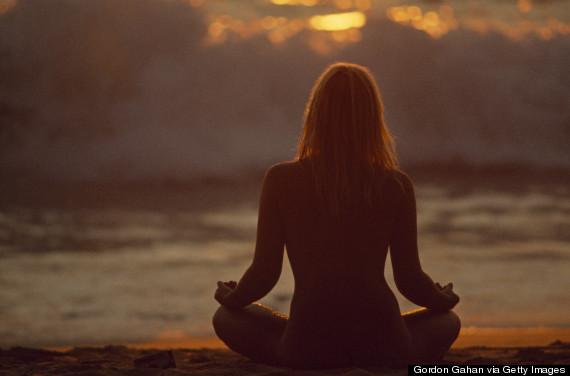 The 1960s saw a grassroots revival of holistic health and natural medicine, as mind-body practices including meditation and yoga began to gain traction. Food co-ops also started to reappear at this time, filling the demand for healthy, fresh foods. Many Americans, for the first time, started factoring diet, lifestyle and emotions into the health equation. We now know that lifestyle factors can play an enormous role in influencing health outcomes, in addition to more traditional treatments.

Go on a retreat. 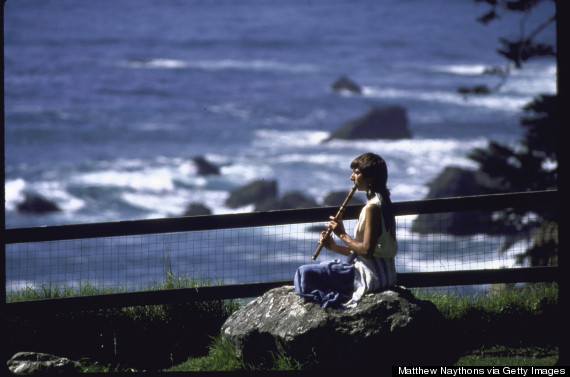 Some of the most popular spiritual retreat centers in the country today were founded in the 1960s, a respite for those looking to escape the city to find peace, balance and like-minded individuals. The Esalen Institute in Big Sur, Calif., opened its doors in 1962 as a "birthplace of the human potential movement," while the Kripalu Center For Yoga And Health was created out of the Yoga Society of Pennsylvania, founded in 1966.

Eat dinner with your family. 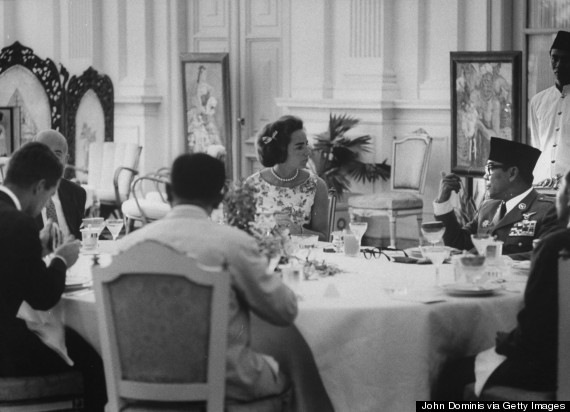 Even after the television set worked its way into American homes in the early 1960s, tech-free family dinners were a nightly social custom in homes across America.

"One of the most important and memorable part of growing up in the 1950s and 1960s was my mother's requirement that we eat our meals together," historian Carl Hoffman wrote on his blog. "No such thing as sitting in front of the TV to eat a meal. We started each meal with prayer and then ate our meal over conversation, jokes and laughter. It was a great time to grow up and a fond memory of that time in my life." 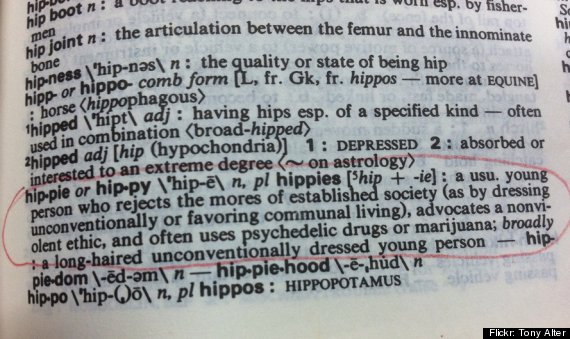 Man's Search For Meaning, Viktor Frankl's often-cited meditation on the meaning of life, was named by UC Berkeley as a historically significant book of 1962, and it became one of a handful of books that defined the decade. As Frankl wrote, “Everything can be taken from a man but one thing: the last of the human freedoms -- to choose one’s attitude in any given set of circumstances, to choose one’s own way.”

The 1960s cultural revolution was, at its core, a break from traditional ways of life and notions of success, allowing people to pursue unconventional lifestyles that placed a higher value on love and individual freedom. Science now tells us that pursuing lives of meaning might actually help us live longer. Recent research has shown that having a sense of purpose not only makes us happier, but could also make us healthier.

12 Things You Shouldn't Say To Someone Who Got A Mastectomy