If Facebook is any measure (and of course, it is not), we have all parented wonderful, happy, successful teenagers who are the lights of our life, destined for great things, and who never get in trouble. Ever. And then there is reality. Here are 10 lies parents of teens tell themselves, with a H/T to Marcia Kester Doyle, author and blogger at Menopausal Mom.

1. My son is the safest driver on the planet.

There's a reason why your insurance policy jumped by hundreds of dollars when your teenage son got his license. Car crashes are the leading cause of death among Americans ages 15 to 19, according to the Centers for Disease Control and Prevention. Adding a teen driver to a married couple’s auto insurance policy boosts rates by an average of 79 percent, according to InsuranceQuotes.com. So while yes, your son may be the safest driver on the planet in your eye, it's a vision that few will share with you.

2. My kids would never drink and drive.

Right. Because you never did that, right? Here are some sobering stats from the CDC: Nearly one million high school teens drank alcohol and got behind the wheel in 2011, although that's a significant drop from the number who did it in 1991. Teen drivers are three times more likely than more experienced drivers to be in a fatal crash.

Without question, there is more awareness of the perils of drinking and driving than there was when we were teenagers. Credit goes to MADD and other groups, school programs that educate, and an altered public impression of what is cool and not cool. Now if we could just apply the same public perception to texting while driving.

3. My daughter will be a virgin on her wedding night -- her choice.

But just in case you are wrong on this one, maybe you want to at least talk to her about birth control?

4. My daughter and I are as close as can be and she tells me everything.

Except for what she doesn't tell you, which is why on more than one occasion you've been tempted to check her texts when she isn't looking. Don't do that. But also, don't delude yourself into thinking you know every aspect of your teenager's life and innermost thoughts. Teens share as teens will -- sporadically and sometimes on a need-to-know basis (as in she needs the car and you need to know where she's going in it).

If you want your kids to tell you things, just remember that they want you to listen but not make judgments. Be there as a sounding board and don't offer an opinion unless asked for one. The most beautiful music is a teenager saying, "Dad, what would you do?"

5. He's too responsible to ever default on his student loan, leaving me holding the bag.

Unless you have a crystal ball that can provide a glimpse of the employment future, it's best to tread carefully when it comes to borrowing for college. Loans that require a parent to co-sign can come back to bite that parent right where it hurts: in the retirement savings account. Before you co-sign a loan that straps your teenager -- and you -- with a lot of student debt, think it through.

First jobs are hard to come by, don't pay that well and if your responsible son who has been living on his own for college has to choose between renting an apartment with friends or living home and paying off student debt -- well, you get the picture.

6. My kids won't care and probably won't even remember those times we drank too much.

Really? Try that one again. You never go off-duty as a parent. When you aren't preaching, you are role-modeling. When you drive too fast and pass on the double yellow line, they learn to drive too fast and pass on the yellow line. When you drink too much at a party and joke about your hangover, they will drink too much at parties and joke about their hangovers too. When you walk the grocery cart back to the cart rack, OK, well maybe they'll never do that -- but you get the gist.

Actually, curfews serve one big purpose: They shave a few hours off how late you have to wait up for your kids. And while trouble can be found at any hour, it's more abundant after midnight. According to the AAA Foundation for Traffic Safety, 31 percent of fatal drunk-driving accidents occur on the weekend, and the highest number of drunk drivers are on the road between midnight and 3 a.m. Fatal crashes are also four times higher at night than during the day.

8. My kids are drawn to the school valedictorian, the girl from church camp, the Eagle Scout down the street.

Dream on. Bad boys/bad girls are the forbidden fruit. What? You've never tasted something that you knew was bad for you?

9. My kids will never drink, smoke cigarettes or fool around with drugs.

By and large, our teenagers survive their teen years and all the peer pressure that those years bring with them. In 2013, 86.8 percent of people ages 18 or older reported that they drank alcohol at some point in their lifetime. You might win a point on smoking cigarettes since just 17.8 percent of the population still does that and the number keeps dropping, according to the Centers for Disease Control and Prevention. About four out of every 10 Americans say they have tried smoking pot, according to a Gallup Poll, which is likely to grow as acceptance for its legalization grows.

10. My kids would never get tattoos or piercings.

If tattoos still make you think of drunken sailors on leave and piercings gross you out, just hope that if your kids go that route, they'll do it in places you don't see. Parenting Rule #1: If you don't see it, it didn't happen. 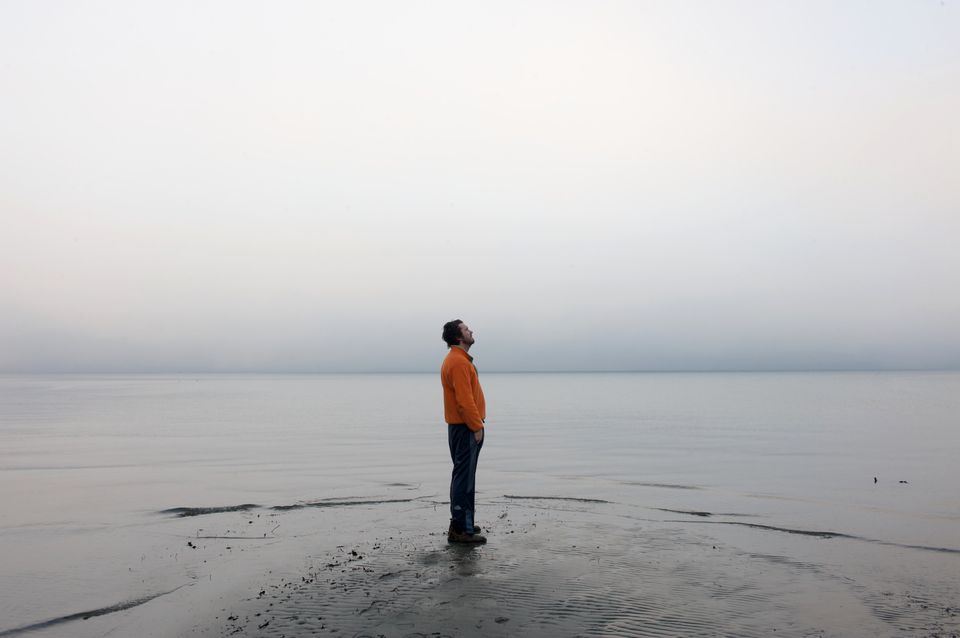 1 / 4
"Let go of anything that's bothering you."
Aaron McCoy via Getty Images