Co-authored by Rosemary Ellen Guiley, author of Vampires Among Us 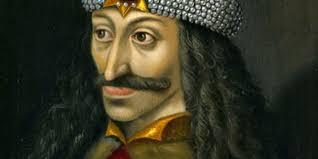 What you think is "real" about vampires may in fact be the fictional invention of one man -- Bram Stoker, the Irish author whose 1897 novel, Dracula, ignited an entire vampire industry that is still going strong.

Stoker, like any good novelist, took a little bit of fact and added huge dollops of fiction to make his anti-hero central character, Count Dracula, one of the most fascinating and terrifying villains of all time.

Are Vampires are real? According to a huge body of folklore that has existed since ancient times, especially in Eastern Europe and the Mediterranean they are. But the vampires known by our ancestors centuries ago differ significantly from the vampires we think exist, thanks to Stoker and the entertainment industry.

Here are the ten most common myths about vampires:

Vampires shape-shift into bats. European vampire lore has many descriptions of vampires taking the forms of dogs, cats, horses, pigs, donkeys, sheep, wolves, snakes, and other animals commonly known and owned. Stoker may have been inspired to use bats because he wrote key parts of Dracula while staying in Whitby, England, an area full of bats. He makes no mention of bats in Transylvania, only after the Count arrives in England.

Perhaps another reason for his choice is that most people are frightened of bats. Count Dracula the vampire donkey? It doesn't play.

Vampires cast no reflection in mirrors. Stoker may have invented this to demonstrate the soulless nature of Count Dracula. It also makes for an excellent theatrical device, and Stoker did hope to see Dracula performed on the stage. There is plenty of folklore about mirrors and spirits and mirrors and the dead, but nothing pertaining to vampires.

Vampires cast no shadows. The shadowless vampire may have been another invention for the purpose of theatrical advantage, and also to show the unnatural and supernatural character of the Count. Stoker earned his living as theater manager for the great actor, Henry Irving, and he was well familiar with the stage.

Vampires cannot cross running water except at slack or flood tides. Stoker may have extended running water folklore to vampires and then altered it to suit his storylines. According to lore, witches, ghosts, and spirits cannot cross any running water. This disadvantage is not found in vampire lore.

Vampires are destroyed by sunlight. Stoker did not invent this one, but it is directly related to his work. In Dracula, the Count dies by stabbing. After Stoker's death, his widow, Florence, refused to sell film rights to a German company -- so they plagiarized the film and changed key elements. In their silent film Nosferatu (1922), the Count is struck by the rays of the dawn sun and disintegrates. Ever since, fictional vampires have writhed, burned, and died when exposed to the light of the sun.

There is no precedence for this kind of vampire demise in folklore. In fact, in earlier times vampires were often reported to be seen during the day, though their powers were weaker than at night.

Vampires must sleep in their native earth. In folklore, vampires live in their graves. They rise up to maraud the living, and then return to their graves. There is nothing in lore about them carting their grave dirt or native dirt around with them. Count Dracula -- and his vampire brides at his castle -- must sleep in boxes of their native earth. Boxes of dirt are not exotic, and as vampire fiction and film developed, the boxes became coffins -- but not necessarily filled with dirt.

"Nosferatu" is a term for vampires. No, it's not a Romanian term for "vampire," nor is it even a real word. Stoker lifted "nosferatu" straight from Mme. Emily de Laszowski Gerard, who wrote about superstitions she encountered while living in Transylvania. Gerard used the term nosferatu, but in all likelihood she garbled another term, perhaps necuratul, Romanian for "demon," or nesuferit, Romanian for "unbearable," or nosophoros, Greek for "plague carrier." The 1922 film Nosferatu further cemented this non-word into modern vampire beliefs.

Count Dracula is based on the real-life Vlad Tepes. The fifteenth-century voivode (prince) of Wallachia, a part of Transylvania, was known as "Dracula" (son of the devil) for his cruel ways. Tepes impaled people on spikes and committed other tortures and atrocities, but there is no evidence he was blood drinker. Stoker borrowed his nickname because it sounded mysterious and rolled nicely off the tongue.

Stoker researched in Transylvania. Stoker never set foot in Transylvania, but he did visit Switzerland, and used the craggy Swiss mountains for his descriptions of the Borgo Pass and the stark terrain around Count Dracula's castle. The real Borgo Pass is a high mountain pass in the Eastern Carpathian Mountains, with soft, rolling, green hills.