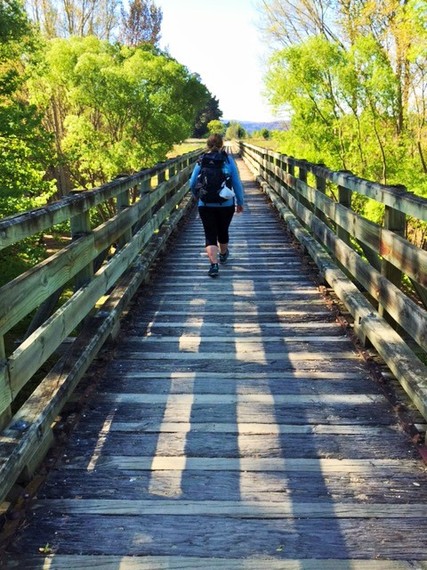 Below is a glossary of some modern travel words that are unique and inspire travel. A couple of them are not well known but perhaps should be and a couple are well established only in certain countries.

This term was commonly used to describe the practice of moving from one friend's house to the other often sleeping on the couch or floor while you were temporarily of no fixed abode. A practice Aussies and Kiwis who found themselves fresh off the plane in London often employed for a few months. More recently couchsurfing is the name of a website where you can organise to stay with a registered user in their houses all around the world without money exchanging hands. This is a great way to meet new and fascinating people while experiencing a cultural exchange. Couchsurfing currently claims it is "a global community of 10 million people in more than 200,000 cities".

A vacation that is spent at home enjoying time to relax and explore your local area. This term came into use in the early 2000s but became extremely popular during the Global Financial Crisis (2007-2010) as would-be holidaymakers searched for cheaper vacation options. Advantages include the lack of accommodation costs and there's no need to pack and then unpack. It's also fun to experience your own "backyard" as often we venture further afield and don't appreciate sights closer to home.

Not to be confused with a naked backpacker! Flashpackers are usually a little bit older than the standard beer swilling, party hostel staying backpacker. They are similar to their younger selves in that they also have an intrepid ethos of adventure and fun yet they are likely to have a little extra cash and experience. The extra cash means that flashpackers might sometimes spend a bit more on accommodation in order to avoid the 20 bed dorms or choose a 1 hour flight instead of the packed train, followed by a local bus, another local bus and then a ferry. Or they might splash out on meals in restaurants instead of ramen noodles and white bread in the hostel kitchen.

Now bratpackers are very likely to be eating ramen noodles or $1 rice on a daily basis as their priority is usually around drinking copious amounts of beer or buckets full of the local alcohol. Which could also lead to a naked backpacker... Think of groups like the large number of partying Australian backpackers acting like larrikans in Bali or the backpackers who treat every night as a Full Moon party in Thailand. Travellers who have no awareness or respect for local customs and cultures and are more interested in getting ripped than experiencing the country they are in.

A vacation for men only, where woman are banned and the guys do some sort of "manly" activity like go spear fishing, play poker in Vegas or head to a rowdy sports game final. They usually involve lots of alcohol, swearing and talking BS. I'm not really sure if there is an equivalent for the girls. Maybe we should come up with one?

Glamping is to camping what flashpacking is to backpacking. This is camping in luxury and can be in house-like tents or something creative like a yurt. There is no struggling with tent instructions and pegs here or tossing and turning on a half deflated air mattress. Glamping gives you the best of both worlds!

I'm aspiring to be a grey nomad one day! A grey nomad is a mature aged traveler with a keen sense of adventure who travels around a country staying in a campervan, caravan or tent for a reasonably long time. This is a commonly used term in Australian and New Zealand but I don't see why it shouldn't be used elsewhere?! 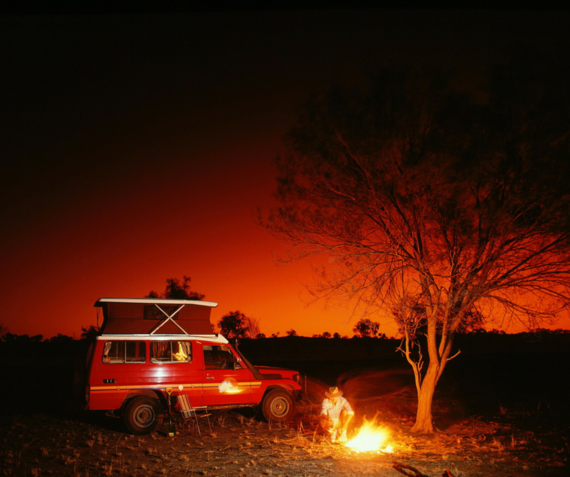 Since solo travel is my favourite way of travelling this latin word that means solitary wanderer is apt. Pronounced so·liv·a·gant \sōˈlivəgənt\ I'm hoping this word will overtake the mainstream use of 'solo traveler' as it sounds so much more exotic yeah?

You might recognize this word more as a popular style of Ray-Ban sunglasses than a term that means a person who travels from place to place, usually on foot. I wish I had known the meaning of this word earlier as I think it would have made a great name for my blog.

This word has been seen all over recently. Often cited as an alternative to the slightly overused term wanderlust. It is a German word that means a craving for travel or distant places. Germann describes it as the opposite of homesickness.

I haven't seen this modern travel word around that much and I really think it's a better alternative to the phrase 'bucket list' although also slightly different. A wanderlist is a list of travel based activities and sights you want to experience. My wanderlist is forever growing! You'd think that as you get older the list would get shorter as you tick them off but no... the research and exposure to other travel bloggers provides endless inspiration and additions to the list.

I am a wayfarer, a flashpacker, a solivigant, once or twice a bratpacker, a travel addict obsessed with travel...a wanderphile.

What are your favorite travel words? Have I missed any?