1. What Exactly Is A Bunion?
A bunion is not a growth of bone (like most people incorrectly think). Rather, a bunion is misalignment causing the big toe joint to protrude out from underneath the skin. 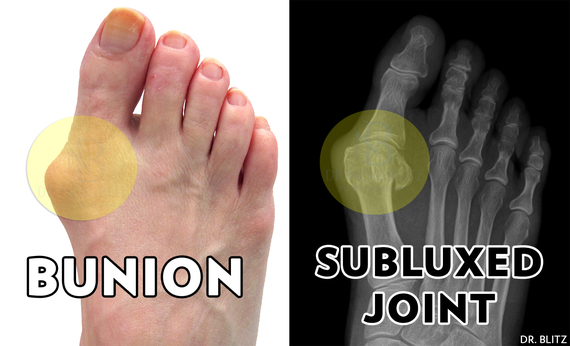 2. Will A Bunion Get Worse If You Postpone Surgery?
Bunions come in different sizes and the generally get larger with time. Some bunions progress quickly whereas other enlarge slowly over many many years. Smaller bunions generally involve a less involved surgery whereas larger bunions involve more surgical work.

3. What are the Best Products to Avoid Surgery?
Products to treat bunions are generally aimed at alleviating symptoms rather than reverse the bunion. Bunion pads are great at alleviating the pressure on from the shoe. Toe spacers help align the big toe as well as lessen pain. Toe splints worn at night may limit progression of the bunion.

4. Is Bunion Surgery Covered by Insurance?
Bunions are a medical condition and therefore surgery is generally covered by most health insurance plans so long as its associated with pain and functional limitations. Bunion surgery for the sole purpose of making the foot look better is considered cosmetic and generally excluded. Some insurance plans have specific exclusions on foot surgery altogether.

5. How Are Bunions Fixed With Bunion Surgery?
Because bunions are a boney problem, they generally require bone repositioning surgery. There are a handful of bunion surgery techniques that are used today, and are broken down as follows:

6. When Can You Walk After Bunion Surgery?
Immediate walking in a small surgical shoe is indeed possible in todays modern age after bunion surgery -- though not all surgeons do such for large bunions. It used to be that casts and crutches required almost two months of casts and crutches. As a pioneer in walking after bunion surgery who developed a specialized patented implant, I have been able to walk patients immediately after surgery without casts and crutches -- no matter the size of the bunion. Smaller bunion generally allow for walking in a small surgical shoe.

7. How Long Is Recovery?
It takes about six weeks for bones to mend after bunion surgery. Some people are able to transition into sneakers at that point whereas others may take a few weeks more. Most people have returned to full activity by three months after surgery.

9. When Can You Drive After Bunion Surgery?
The ability to drive after foot surgery depends on how disabled and limited you are with your foot. Any restrictive device (cast, boots) that impairs your ability to drive may create an unsafe situation. Also consider that it is unlawful to drive impaired if you are still on narcotics following your foot surgery.

10. Will Your Foot Set Off Metal Detector Alarms At The Airport?
Bunion surgery generally involves the placement of metal fixation (screws, plates, wires and/or staples) into the foot to hold the bones steady during healing, which may set off a metal detector. Some metal detectors are more sensitive than others and depending on the composition any metal in the foot may be identified with a metal detector. Some surgeons may present you with a letter indicating that you have metal in the foot should you be concerned this will be an issue at the airport.

Bonus Question: Can Bunion Surgery Be Performed With Laser Surgery?
Most people searching for laser bunion surgery, usually are looking for better cosmetic result than traditional bunion surgery that places the incision on the top of the foot. Laser bunion surgery is not a viable option today as the laser burns the tissue and bone. However, incisions can be hidden on the side of the foot. Plastic surgery techniques and Bunionplasty(R) can be used to minimize scarring. 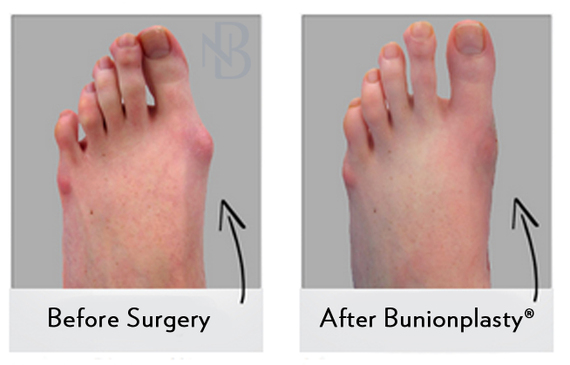