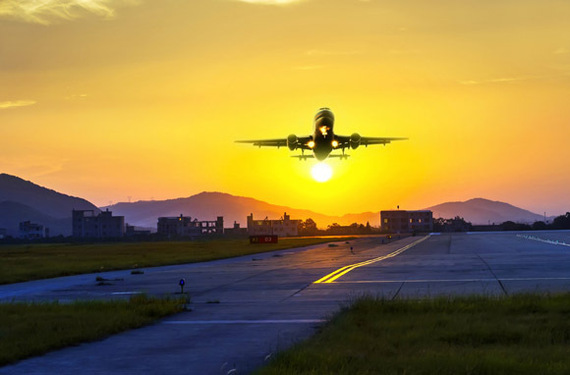 Route expansions may not seem like exciting news, but they're a bigger deal than you probably think. Why? Because they often spark competition between airlines and drive down fares on multiple carriers. If your New Year's resolution involves traveling more, it may be time to give one of these new routes a try.

This month, JetBlue launched new nonstop service between San Francisco and Las Vegas. This route is already covered by nonstop flights from other major players, including Southwest, United, and Virgin America. Right now, the introductory rate on the nonstop route is as low as $148.

Boston to Cleveland on JetBlue

Another nonstop route on JetBlue's horizon is the launch of its 88th destination: Cleveland. This expansion is much needed to fill the void left by United when it dropped more than 100 daily flights to Cleveland in 2014. Expect JetBlue's Boston-Cleveland inaugural flight on April 30.

Denver to Los Angeles and Denver to San Diego on Spirit

Houston to Aruba on Southwest

Southwest Airlines has set its eyes on the lucrative international market. Starting March 7, Southwest customers will have access to Houston-Aruba with Saturday-only flights. The new Caribbean route also points to Southwest's other ambition: expanding into the Latin American market. In December, the airline filed applications with the Department of Justice (DOJ) to fly from Houston to four popular Mexican vacation spots: Cancun, Los Cabos, Mexico City, and Puerto Vallarta, as well as Belize City, Belize, and San Jose, Costa Rica.

Southwest is also venturing into Costa Rica with flights from Baltimore/Washington International. San Jose is Southwest's introduction to the international market outside of the Caribbean and Mexico -- and an aggressive one, with daily nonstops from the nation's capital.

Houston to Tokyo on All Nippon Airways

All Nippon Airways (ANA) announced new routes from Houston to one of its hub cities, Tokyo. Starting June 12, Narita Airport and Houston Bush International will give United Airlines some healthy competition. Both carriers' Japan/Texas routes are nonstop. This is ANA's 10th North American destination, and one it hopes will be the catalyst to connect Houston to Central and South America.

Houston to Tampa on Spirit

Spirit will soon connect Houston and Tampa with daily nonstop service beginning March 26. This is just one of 10 new routes to Bush International that the carrier announced last month. Other cities with new nonstop air travel from Houston include Baltimore/D.C.; Oakland (seasonal only); Cancun; Los Cabos, Mexico (seasonal only); Toluca, Mexico (seasonal only); Managua, Nicaragua; San Jose, Costa Rica; San Pedro Sula, Honduras; and San Salvador, El Salvador. If these 10 new routes go through (these international markets are not yet wholly approved by the DOJ but are expected to be long before the May launch dates), that'll be 22 city pairs out of Houston International Airport for Spirit.

New York City and Birmingham, England, will soon be paired up with American Airlines flights. Daily service is due to commence on May 7. In addition to Birmingham, American will expand its presence in five other U.K. cities, including Edinburgh, which is also set to launch on May 7. Both new transatlantic routes are seasonal and will be flown under the American Airlines-British Airways codeshare partnership. Higher demand on the Los Angeles -- London route is pushing American to increase its frequency to two daily flights beginning March 29.

Miami to Frankfurt on American

Move over, Lufthansa, American is getting back into the Miami-Frankfurt market! A route currently dominated by Germany's flagship carrier, the southern Florida-Frankfurt market hasn't been served by American since 1997, but that'll change with daily service by American come May 14. The two cities make an obvious pair, as one's the banking capital of Europe while the other is a thriving international center.

As of January 8 and only seasonally through April 28, Virgin America now offers nonstop Boston-Las Vegas flights four times per week. That's direct competition for JetBlue, which currently covers the city pair and cites it as its second most popular route.

Equally exciting are Virgin America's seasonal flights from New York's JFK to Ft. Lauderdale, which will be offered daily through April 28.

You Might Also Like:
New Airfare Routes for Summer 2014
New Airline Routes for Fall and Winter
Top Five Bargain Destinations for Winter 2014/15

Read the original story: 10 New Routes That Will Lead to Cheaper Flights in 2015 by Patricia Magaña, who is a regular contributor to SmarterTravel.