The Nordic countries' long winters force their inhabitants to be masters of Christmas cheer. From St. Lucia's Day (or St. Lucy's Day), to folklore about helpful holiday gnomes, the joyful traditions of Nordic Christmases are sure to make any winter traveler's holiday bright. 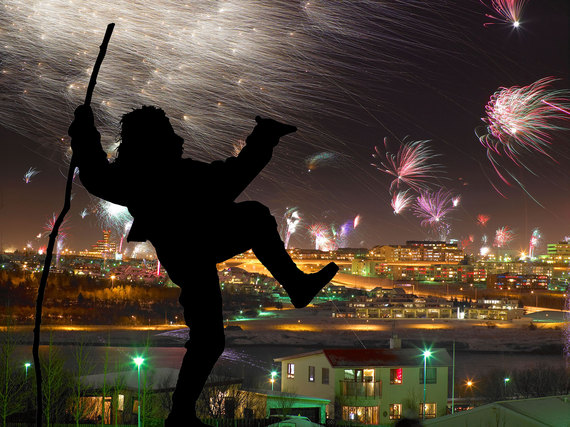 1. Yule Lads
If you've always felt like Santa Claus didn't engage in enough petty crime during his visits, maybe it's time to celebrate the holiday with Iceland's Yule Lads. These 13 troll-like figures visit in the days leading up to Christmas, and each has a name that describes his particular brand of mischief (Pan Scraper, Meat Hook). Over time, these once-terrifying figures become more benign and now leave small presents in children's shoes. 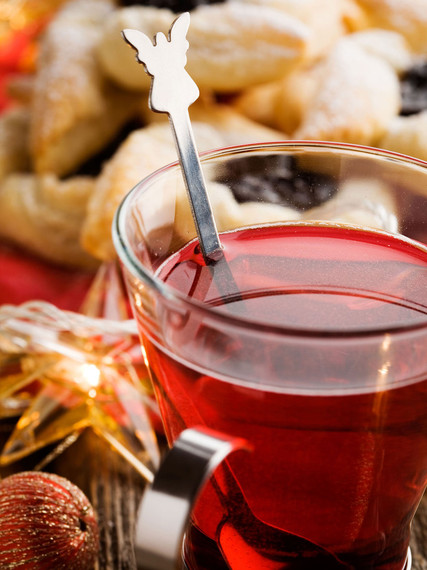 2. Glögg
Christmas is a time for revelry, and few things get that going like a fragrant pot of glögg--a mulled wine made with red wine, brandy, or aquavit, and spices like cinnamon, cardamom, and cloves. You'll find glögg across the Nordic world throughout the winter, and pre-made versions are available at many stores. Still, the best place to enjoy glögg is at one of Scandinavia's famous Christmas markets, where it's often for sale. 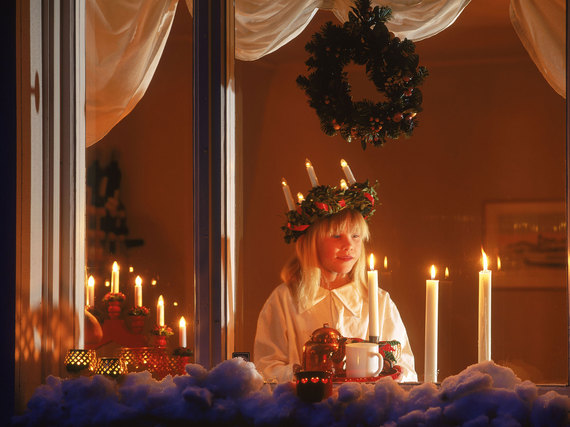 3. St. Lucia Day
St. Lucia Day (December 13) is a festival of light that kicks the Christmas season into high gear. Traditionally, the celebration involves a girl wearing a white goan and a crown of candles leading a procession of candle-bearing women singing songs about the saint. Prior to the 1700s (when calendar reforms shifted things around a little), St. Lucia's feast day coincided with the winter solstice, hence the association with the coming of light. You can see a St. Lucia procession in many Nordic countries--in big cities like Oslo and Stockholm, there are often several celebrations happening. 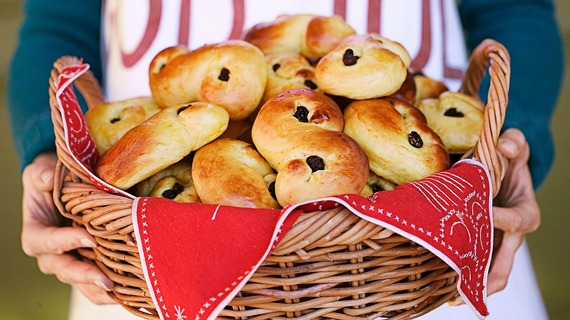 4. Lussebullar
While you're taking in the St. Lucia festival, swing by a bakery and pick up some Lussebullar. These sweet buns with raisins are a traditional St. Lucia treat in Sweden. Saffron gives them a bright yellow hue, lending the gray northern winter a much-needed splash of color. 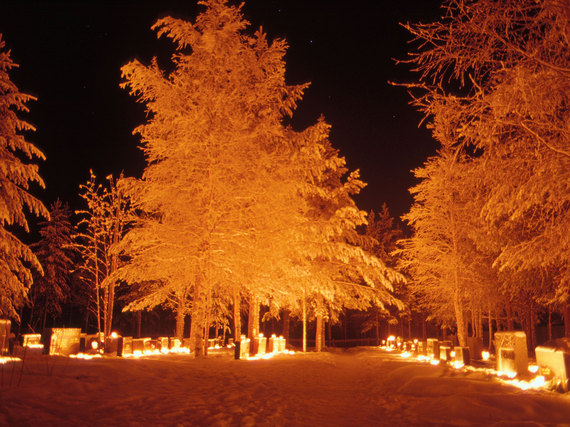 5. Visiting the Cemetery
While a trip to the cemetery may seem like a strange way to spread holiday cheer, in Finland, it's a common Christmas Eve tradition. While at the cemetery, Finns light candles for the deceased and then stroll through the illuminated graveyard. It's not a private ritual, so visitors are welcome to take part--it can make for a peaceful time to reflect before starting your Christmas ballyhooing. 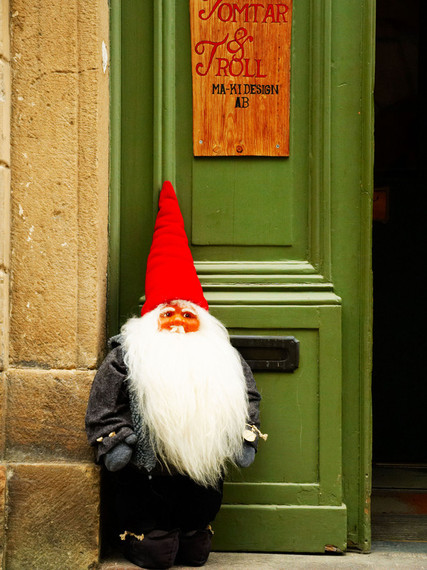 6. Tomtes
In Swedish folklore, the tomte was a small creature similar to a gnome who occupied a homestead and helped its inhabitants--sort of like a helpful elf. In modern times, he has become a gift-giver as well (and in some cases has merged in appearance with Santa Claus). Children leave out a bowl of porridge for the tomte to thank him for his work throughout the year and get gifts in return. To buy your own tomte to bring home, check out Tomtar & Troll in Gamla stan, Stockholm's Old Town. 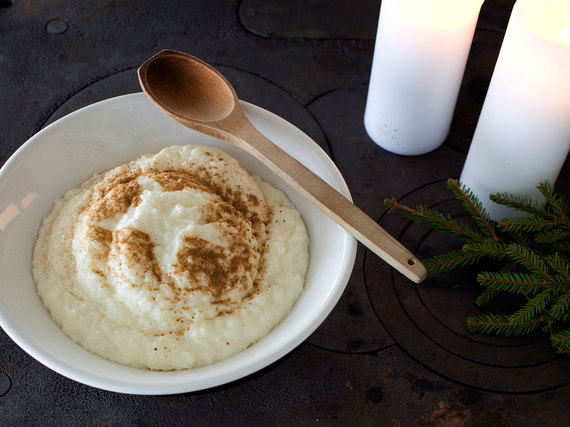 7. Yule Porridge
Perfect for the cold Nordic winter, Yule porridge (known as risalamande) is a rice pudding flavored with cinnamon and sugar eaten across the region. According to custom, an almond is hidden in a single bowl and the lucky one who finds it either has a year of good luck coming or receives a present. If you're not making your own, Yule porridge is frequently on the menu at inns and casual restaurants during the winter months. 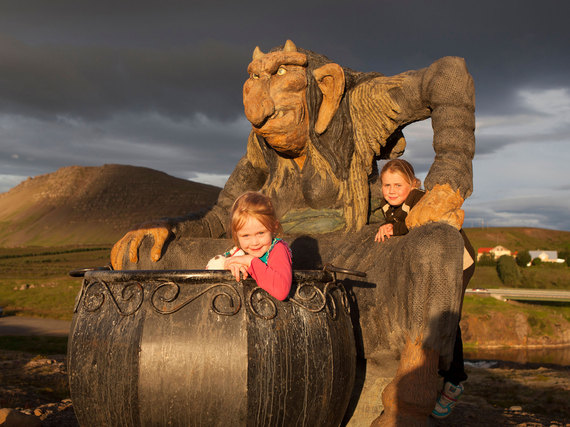 8. Grýla
The keeper of the ultimate naughty list, Grýla is an Icelandic giantess who comes down from her mountain at Christmastime to eat misbehaving children. Her pet, the Christmas Cat, tags along and eats anyone who didn't get new clothes for Christmas, a tradition that probably makes Icelandic children a lot more grateful for those socks from grandma. Travelers taking Iceland's Ring Road around the island can get a snapshot of their naughtiest travel companions in Grýla's pot at a large statue of the giantess at Fossatún, a little detour about an hour north of Reykjavík. 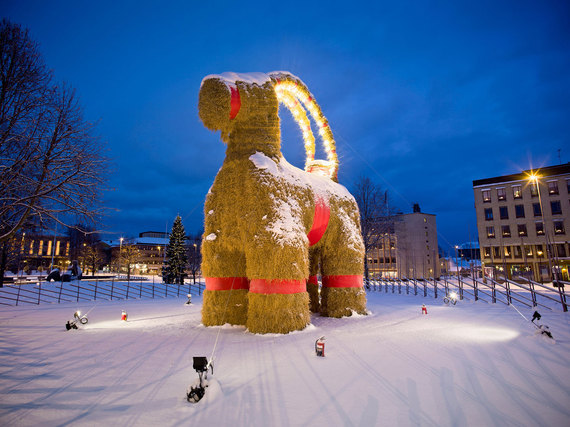 9. Yule Goat
Once the giver of Christmas gifts, the Yule goat has now been mostly crowded out of that department by various iterations of St. Nick, tomtes, and the like. But In Finland, the name Joulupukki (Finnish for "Yule goat") persists as the gift-giver's name. For a more traditional Christmas goat, you can check out enormous Yule goats in many Swedish town squares--the most famous one, in Gälve, was first erected in 1966. Try to get there well before Christmas, though; there's also an unfortunate tradition of arsonists burning down the goat. 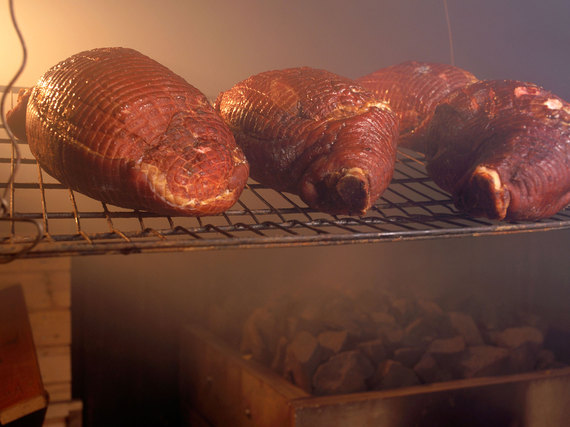 10. Sauna-Smoked Ham
While the advent of the modern sauna has meant there are fewer traditional smoke saunas around Finland, the custom of smoking Christmas hams in the sauna still persists--in fact, it may be on the verge of a comeback. But even if you can't find sauna-smoked ham, saunas themselves are plentiful throughout the country; you can get a steam and call it your own version of this Christmas tradition.

25 Things You Absolutely, Positively Have to Do in London