The notion of proof for or against the existence of God has come to be used for a very specific purpose in this day and age: to convince other people that someone called God either does or doesn't exist. But actually that's just about the least of what these so-called proofs have to offer -- whether one believes any such proof really proves anything or not.

While writing "God in Proof: The Story of a Search from the Ancients to the Internet," I found that proofs about God through history reveal a lot more than they're given credit for. Like artifacts from a lost time dug up from the ground, these proofs offer glimpses into how people imagined their place in the universe and their chances of knowing anything meaningful about the divine. For some thinkers, a new proof brought on a sudden, emotional fit of ecstasy; for others, it was a long, slow, grueling effort to carve out a new way of conceiving of God.

Despite today's unending debates about whether God exists or not, few of the classic proofs were meant to convince anyone one way or another. More often, they served to pose more interesting questions: What do we really mean by God, or what could count as proof? As many of these attempts at proof reveal, also, the line between God and no God has often been thinner than we're now led to believe. 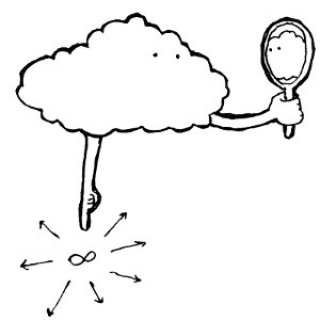 Everyone has heard of Aristotle. Part of the reason for this is that so many people -- including Muslims, Jews and Christians from the Middle Ages on -- have recognized something of their own God in his "prime mover." This is where Aristotle's model of physics leads him, from the motion he sees in the world, to the sky and planets and stars, to something perfect and divine that moves without being moved. Aristotle also reasons, however, that this God is so perfect that it can only think about what is perfect: itself, and nothing else. Don't expect to have your prayers listened to -- or your sins judged, for that matter.

9. The kalam cosmological argument, then and now

There's no more effective debater about the existence of God around today than William Lane Craig, a conservative evangelical. Sam Harris once referred to him as "the one Christian apologist who seems to have put the fear of God into my fellow atheists." The centerpiece of Craig's arsenal is the kalam cosmological argument, which was the subject of his dissertation in the 1970s. In it Craig borrowed from thinkers in the medieval Muslim world, mixed with some big-bang modern science. The result was a hard-to-beat set of reasons that the universe must have a creator and that the creator is God. Craig, who has called the God of Islam "rationally objectionable," doesn't agree with Muslims on much, but he could still build his career on one of their proofs.

We're used to thinking of Hinduism as a religion of about as many gods as the population of India, one with no need for the kinds of proofs Westerners crave. But in the 10th and 11th centuries, the Nyaya school of Hinduism developed a collection of proofs for a one, personal, transcendent god that looks more like You-Know-Who than anything Aristotle came up with. The most famous of these was a proof from "composition" -- that for there to be any things in the world made up of more than one thing, there must sometime have been a first combiner. Not long after, the great Jewish philosopher Maimonides used a very similar argument in his "Guide for the Perplexed."

7. The ontological God (or Nature)

When Anselm of Canterbury first alighted on his "ontological" proof for a God -- an idea so perfect that it must actually exist -- the God he had in mind was the one he prayed to in his monastery. But when the Jewish apostate Benedict Spinoza rewrote almost the same proof a few centuries later, the God that popped out from the arguments was very different. To Spinoza, the outcome of the ontological argument was "God, or Nature," an infinite being identical with the universe itself and everything in it. It was a devious reversal of Anselm's original idea. There would be no need, for instance, to bother praying as Anselm did, since you'd be praying, at least in part, to yourself.

6. What Paley really would have thought about Darwin 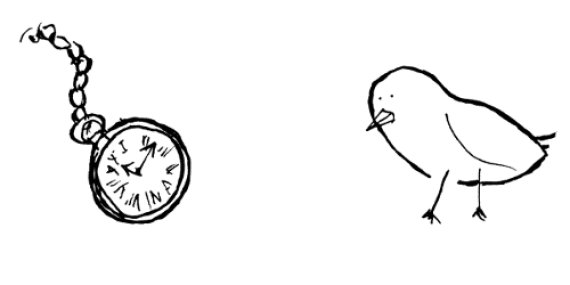 There is no more notorious enemy of Darwinian evolution today than intelligent design theory, and no one is taken to represent the gist of "ID" so much as the 18th-century theologian William Paley. Paley compared the complexity of natural flora and fauna to finding a fully functional mechanical watch lying on the beach. Surely, he argued, we are forced to deduce that the watch is so complicated that it must have been made by some intelligent designer -- and the same could be said of living things. Paley died decades before "The Origin of Species" was published, and ever since his views have been so repeatedly set in opposition to Darwin's that Richard Dawkins titled one of his books on evolution "The Blind Watchmaker." A closer look at Paley's own thinking reveals, however, a God who works through the laws of nature, not beyond them like the modern ID theorists' designer. Paley had no objection to species changing over time. It's only in today's highly polarized culture-war climate that we don't bother to notice that one of the forefathers of intelligent design theory might have been perfectly comfortable with evolution.

An argument against God's existence that has gained attention among philosophers in recent years is called "divine hiddenness": If God existed, shouldn't it be a whole lot more obvious? It is often a crucial part of this argument to cite all the evil and suffering in the world that an allegedly good God doesn't lift a finger to prevent. What kind of God would let well-meaning, smart people who seek good evidence of the divine in the midst of suffering fail to find it? Shouldn't a good God also be an obvious one? Then again, other well-meaning, smart people have ended up seeing God where one would least expect, as if hidden in plain sight; Elie Weisel reported a vision of God at Auschewitz, no less: "He is hanging here on this gallows."

In 2009 philosopher Stephen Law proposed another kind of response to the problem of evil: "the evil-god challenge." As best as he could judge, Law concluded that the strength of the case for an all-powerful, all-good God is neck-and-neck with that for an all-powerful, all-evil God. This evil God hides from us on purpose and tries to confuse us in all sorts of ways, including by getting people to believe in various opposing religions so we'll do more evil to one another; all the world is rigged to ensure that freely acting human beings will commit lots and lots of evil acts. The evidence for this, unfortunately, is stronger than we might like.

3. A proof for the heart 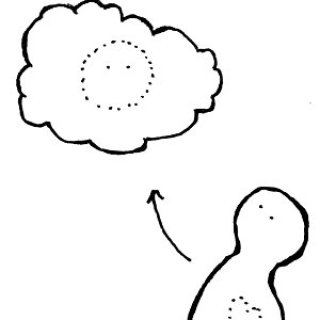 One rejoinder to the evil-god hypothesis lies in our own desire. Just as Augustine famously prayed, "Our heart is restless until it rests in you," some have found in their own desire for God evidence that God exists. This reasoning helped persuade "Narnia" author C.S. Lewis to believe in God, and he used it often to convince others of the reasonableness of Christian faith: Our desires for food, sex and friendship all point to something that can satisfy them, so why not the desire for God? This isn't an argument one finds discussed by many hard-headed philosophers these days, but one professor, Peter Kreeft, finds that it works really well at a music school where he teaches. "They were bored with everything in the course until they came to this," he told me. "The mind of the poet or the musician is attuned to that argument. Even though half of them were on drugs, they loved it!"

Artists do seem to have a different way of seeing proofs than the rest of us. When the great Irish novelist and philosopher Iris Murdoch took up the old ontological argument that Anselm and Spinoza wrestled with, she came out not with Anselm's God the Father, or Spinoza's Nature, but, simply, Good. For her, "No existing thing could be what we have meant by God"; the God of religions is just a shadow of what beauty points us toward. ("Only an atheist can believe in what is unintended," a novelist friend once told me.) What are we left with? "The unavoidable nature of morality," Murdoch says. No matter how we try to avoid them, right and wrong pervade the universe. The Good exists, which is precisely why she believed that God does not. 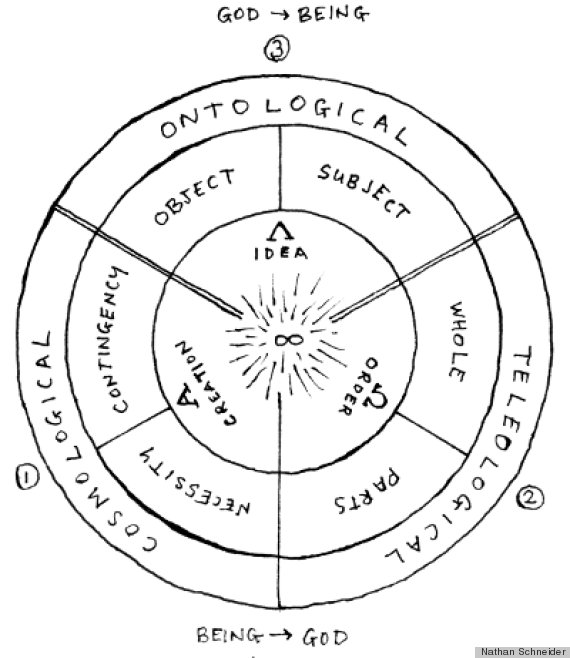 There is no proof about God more grand or meticulous or bewildering than the one that G.W.F. Hegel was preparing to publish when he died in 1831. "The explication of the proofs of God's existence," he earlier mused, "is the explication of religion itself." His was a proof of proofs, an assemblage of all the canonical arguments about God woven together into a three-stage process, with one proof leading to, and needing, the next for its own completion. Through this history of philosophical discovery, creation comes to know its creator, and through the creation the creator through comes to know itself -- another self-thinking thought, and just as potentially heretical as Aristotle's. By seeking proof of God, people don't just learn about the divine, they in some sense become God, and fulfill God's purpose, which was probably not what you thought you were doing when you started reading this list.

Most and Least Religious Cities