Finally, the much-anticipated video, "Ten Reasons to Lift Weights with Your Vagina" has been posted by "liberation master" and sex coach, Kim Anami. Fine, so maybe you never knew there was even one good argument for lifting weights with your vagina, but behold: there are ten -- or so Anami claims.

While some reasons seem a little fishy, a few hold true. Let's take a closer look at Anami's claims:

1. Kegels don't work
This “fact” is widely disputed by doctors and women’s physical therapists. Kegels can strengthen vaginal muscles without resistance in the same way yoga strengthens the core with a pose. Sex therapist Dr. Laura Berman told The Huffington Post that women who find kegels (the act of contracting muscles in the pelvic floor) ineffective might be suffering from pelvic floor damage, or more likely, they might be doing them incorrectly.

Practice your kegels in traffic, at your desk or in your 19th Century English Lit class. Try doing some now!

Remember, kegels and weightlifting are not mutually exclusive. Anami cites an ancient Taoist system of sexual practice that encourages pelvic weightlifting as an essential part of a health regime, and Dr. Berman recommends very light weights for resistance training.

2. Intensify your orgasms.
The debate about the effectiveness of kegels pulses on, but everyone agrees that a strong pelvic floor can intensify orgasm.

“The orgasm is an intense contraction, and a stronger pelvic floor can definitely intensify that, and even make it easier to have G-spot orgasms. This is because you are creating greater tension around the G-spot, and around him [the man's penis],” says Dr. Berman.

While a strong pelvic floor is important, though, it is only one of many contributing factors to having a healthy sex life. Dr. Leah Millheiser , director of the Female Sexual Medicine Program at Stanford University School of Medicine told the Huffington Post that "Sexual dysfunction really is multifaceted in women: It's psychological, it's physiological, it includes relationship factors."

3. Become a world record-holder.
The current record is held by a 40-something Russian mom named Tatyana Kozhevnikova. She unofficially claimed the title for World's Strongest Vagina in 2009 when she lifting 31 pounds with her vagina.

Everyone knows records are meant to be broken, but vaginal weightlifting can be dangerous if not done safely and in moderation.

4. Intensify your man's orgasm.
Kozhevnikova told the Inquisitor, "It's enough to exercise your vagina five minutes a day, ladies, and in just one week you'll be able to give yourself and your man unforgettable pleasure in bed."

A strong pelvic floor can intensify orgasm for both a woman and her partner, but, as noted earlier, kegels may be just as effective for this kind of conditioning.

5. Be the life of the party
Is it every woman’s God-given right to shoot ping-pong balls out her vagina? You be the judge.

6. Bring your partner to orgasm with just the power of your pelvic muscles.
See numbers 2 and 4.

7. Discipline your man with your new skill.
All we can say is… Use your newfound power wisely.

9. Increase your libido.
Many women do not generally think about their genitals when they are not actively using them, according to Dr. Berman, She says when pelvic floor strengthening exercises are used, it creates a stronger genital mind connection, promoting more blood flow to the area. A stronger awareness can more easily put you in the mood when you otherwise might not be.

But if that's not enough, here's an extra note from none other than the queen herself -- Oprah. On her website, she cites women’s physical therapists who say a stronger pelvic floor can help eliminate urinary incontinence (leakage), help strengthen the area after pregnancy, and even help with organ prolapse.

10 Reasons To Lift Weights With Your Vagina, In Case You Were Wondering
Bob Greene Reveals The Ways You're Sabotaging Your Workouts 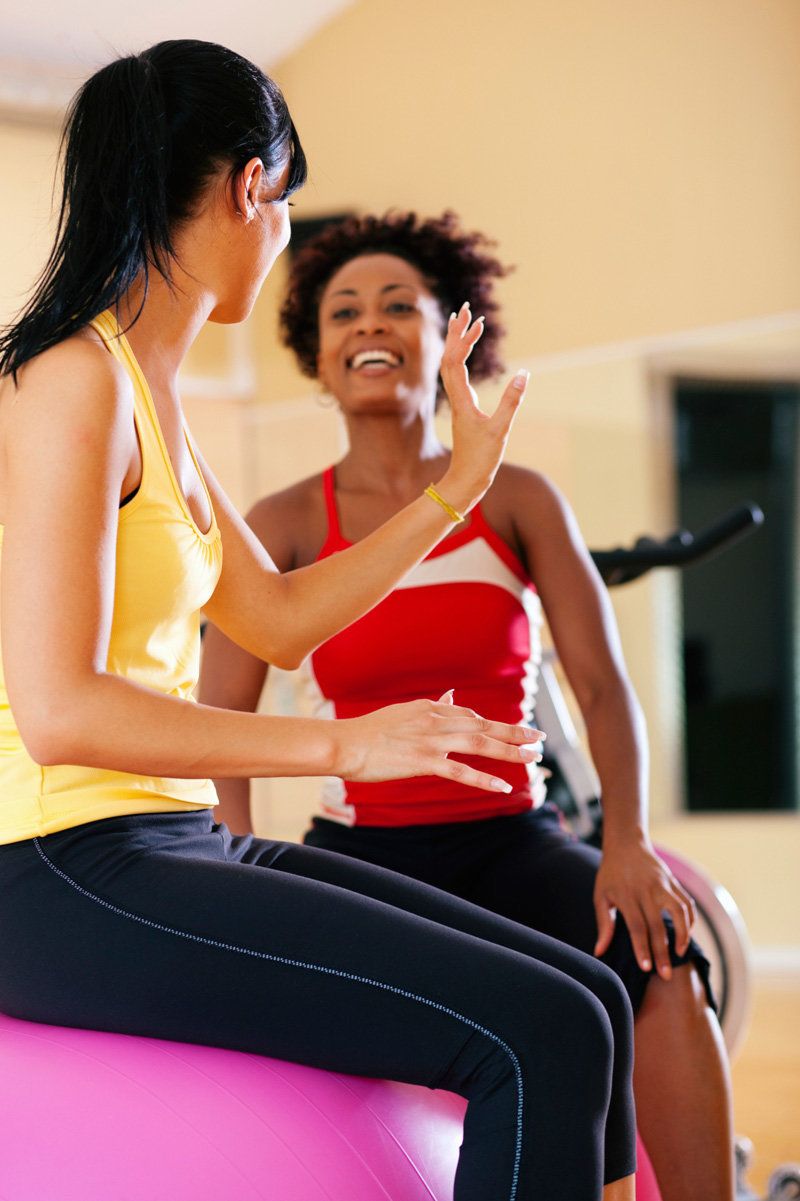 1 / 9
You're De-Stressing Between Sets
Chilling out between weight sets is one of the most common mistakes Bob spots at his boot camps and the gym. To increase strength, you need to do your second and third sets of 8 to 10 reps with slightly fatigued muscles. If you have enough time to vent to your workout partner, then your muscles have enough time to recover. Instead of taking a break, Bob suggests, take a brief "pause" that lasts for just 15 to 30 seconds. "Any more than that and you'll lose the benefit you gained from the previous set," he says.
Thinkstock