Open source software (OSS) now has a permanent role in the enterprise IT world. Gartner forecasts that open-source technology will be included in 85% of all commercial software packages by 2015 and 95% of mainstream IT organizations will leverage some element of OSS. One of the fastest growing segments within open software is Software Defined Networking (SDN), which simplifies IT network configuration and management by decoupling control from the physical network infrastructure. The SDN market is projected to surge from $360M to $3.52B in 2018.

To understand more about open source SDN and why it is growing so quickly, I spoke with Neela Jacques, executive director of OpenDaylight. Neela works closely with the developer and user communities to advance SDN and Network Functions Virtualization (NFV). The range of software companies participating in OpenDaylight account for 95% of the entire SDN market. Neela and I took a look at the data on OSS and consolidated all the reasons that people use open source software for SDN into a top ten list. 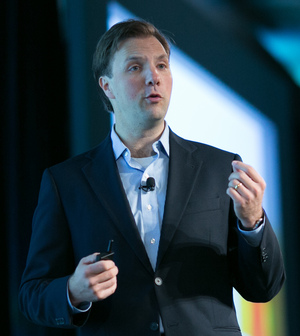 An important source of data on OSS usage is the Future of Open Source survey by Michael J. Skok, partner at North Bridge Venture Partners. Michael is a strong proponent of OSS and shared his views on the CXOtalk panel at CIO Magazine's CIO Perspectives event in Boston. His annual survey provides a view into the current state of the open source industry and an analysis of future trends. This year, 1240 people representing vendors and users from a cross-section of industries completed the survey.

According to the survey, the number one reason companies choose open source software is quality. In fact, eight out of ten users of OSS made their decision based on quality. The more eyes on the source, the higher the quality, and today over 10 million people are contributing to OSS. This also has an impact on security; users now view open software as more secure than proprietary software.

Here are the top 10 reasons to use open source SDN.

1. Better Quality Code. 80% of open software users chose to do so based on quality. Removing company boundaries and allowing any developer to participate, debate, compromise and inspire each other is why code written in open source communities is of higher quality and doesn't degrade in quality over time. (Note: Debate and challenges are overcome by using code. Leave badges at the door.) Linux is now the benchmark for code quality; open source software quality outpaced proprietary code for the first time in 2013 - Coverity Report 2013

2. Rapid Innovation. Imagine being able to roll out services and products without worrying about the network. Having more control of your network via open SDN means you can innovate independently of hardware and software. Your ability to build new products or services increases dramatically to focus on what matters most. Companies get involved in collaborative software development to advance business objectives and to benefit from industry innovation. 91% of business managers and executives surveyed ruled collaborative software development from somewhat to very important to their business. Nearly 50% of business managers said they got involved in collaborative development because it allows them to innovate or help transform their industry - Linux Foundation Collaborative Trends Report 2014

3. Security. Although security may have once been viewed as a weakness for open software, it certainly is not today. In the 2014 Future of Open Source - 8th Annual Survey, 72% said they specifically chose open source because of security. This has to do with the transparency of open source as well as the scrutiny it receives from all its users.

4. Community. Open source has the power to build communities of people who believe in the technologies and are passionate about seeing them come to light. The many are smarter than the few--anyone can participate regardless of affiliation, adding to the collective brain trust to overcome an industry's toughest challenges together. It not only makes individuals smarter, but also companies who benefit from a much larger R&D effort. 50% of corporations contribute to open source, and 56% say that they will increase their contributions this year. Individual developers and businesses both benefit from the trend toward collaboration. 83% of software developers said they benefitted personally from collaborative development through exposure to new tools and development practices. More than 77% of business managers said collaborative development practices have benefited their organizations through a shorter product development cycle/faster time to market. - Linux Foundation Collaborative Trends Report 2014

5. Freedom. You are not beholden to any one vendor's roadmap, vision or timeline. If you need to change a feature, migrate or roll out new services, you can do that by participating in the open source community and being part of the change. The ability to access source code, add features, and fix code yourself is the number four reason users choose to use open software. 95% want open source in their SDN and Network Functions Virtualization (NFV) solutions. It represents to them greater choice, more functionality and interoperability, and lower costs. - OpenDaylight Survey 2014

6. Adaptability. While 63% of technology startups fail within 4 years, open source is not tied to any one individual vendor. Over 1,000 companies have contributed to Linux. The open source development model allows software to adapt quickly to changing times. Legacy and emerging protocols can be implemented if so desired. Open source SDN can evolve as the industry does.

7. Choice. There is no silver bullet in networking. A variety of solutions are used to solve different needs. With open SDN, users can pick what works for them versus the one-size-fits-all approach of proprietary software. Today there are over 1 million open source projects with over 100 billion lines of code with 10 million people contributing.

10. Maximize Return on Spend. It not only costs less up front, but it's easier to scale over time versus a proprietary system that adds more cost and complexity as it grows. Avoid costly vendor lock-in. The 2014 Future of Open Source found this can be a top reason for moving to open source software. According the survey, 68% find that open source helps improve efficiency and lower costs.

My own company, Extreme Networks, firmly believes in the benefits of open source and has committed to OpenDaylight as the platform to enable and drive SDN. To further encourage innovation on the OpenDaylight SDN platform, together with US Ignite we have launched the SDN Innovation Challenge, which will award prizes for SDN applications that make a difference in the areas of education, public safety, healthcare, advanced manufacturing, transportation, e-government, the Internet of Things, and clean energy.

For more on the topic of open source software, see my discussion with Brian Stevens: Red Hat CTO: 5 Business Benefits of Open Source Software. In this interview, Brian describes how CIOs can improve openness, collaboration and innovation with OSS.