Most tours to Germany include Berlin, Munich and perhaps the Black Forest or a trip along the Rhine. These are fantastic areas to visit, but there is so much more to Germany. Tucked away in northern Germany, Hamburg, the country's second biggest city, has a personality of its own and is well worth a stop on a trip around Germany.

Here are just a few of the many reasons to visit Hamburg. 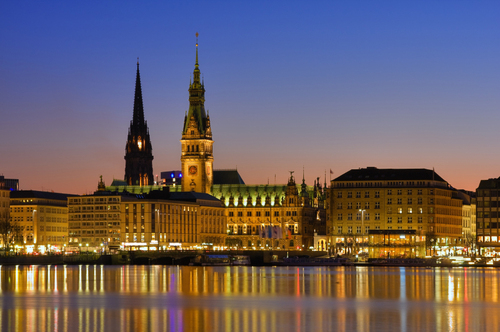 The citizens of Hansestadt Hamburg, the city's official name, are very proud of their home's maritime history. Located on a river that connects the city to the nearby North Sea, Hamburg has been in a significant position for centuries. In 1189 the city was declared an Imperial Free City, meaning Hamburg enjoyed tax-free access up the Elbe River to the North Sea. The city officially joined the Hanseatic League in 1321, and over time became an important trading hub due to its port and harbor. Today it is one of the busiest ports in Europe, and many cruises include Hamburg on their itineraries.

Due to Hamburg's proximity to the sea, it's one of the best places to get fresh fish in Germany. Almost every restaurant has fish and seafood options, and you can get a fish sandwich (Fisch Brotchen) at any market in the city. On Sunday mornings, Hamburg's famous fish market is the place to see the fish stalls in action and get fish straight off the boat. Though Germany is known for sausages, Hamburg is definitely the place to go for aquatic fare. 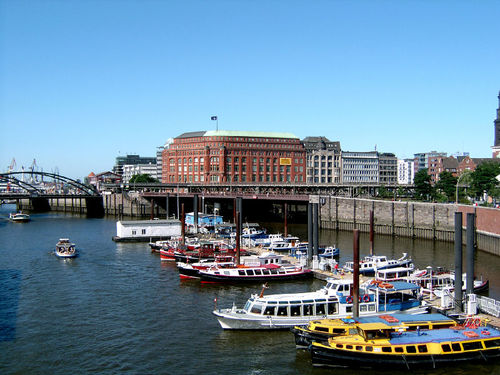 Lederhosen and Oktoberfest are what so many people imagine when they think of Germany. But this is just a glimpse of Bavaria, not Germany as a whole. A visit to Hamburg provides a different but still very Germanic view of the country. They have their own accent, local beers, and distinct cuisine. Almost anywhere you go, you will be near water, and you can't escape the sea air. The way the city has been built up around the port and the influence the sea has on the city makes Hamburg noticeably different from any other German city.

4. Art and other museums

Art lovers can enjoy seven centuries of art, from medieval to contemporary, in the three different buildings of Hamburg's Kunsthalle. Aside from its permanent collections, the museum receives international recognition for its special exhibitions which attract thousands of visitors a year. For more contemporary art and photography, visit the Deichtorhallen. But there are several other types of museums in Hamburg as well. The Maritime Museum explains Hamburg's history as a trading and shipping center. Spicy's Spice Market is a fun way to learn about the spice trade. One of Hamburg's most popular attractions, Miniatur Wunderland has the largest model railroad in the world, as well as full model cities and a working model airport.

Like in most of Germany, Hamburg's residents enjoy spending time outside. Due to its far northern latitude, Hamburg enjoys long days during the summer, encouraging everyone to go outside. Many people use bicycles as their main mode of transportation, even in cold or rainy weather. The city has lots of parks and outdoor spaces, but one of the most popular parks is the Planten und Blomen park in the center of the city. The old botanical garden is located here, as well as the largest Japanese garden in Europe, a tropical house, an open ice rink in the winter, and plenty of children's activities such as playgrounds and miniature golf.

If animals are what you're looking for, visit the Hagenbeck Zoo where you can see more than 200 different animal species as well as a four level aquarium. Sports are also very popular in Hamburg, especially soccer (European football). The city even has two teams, Hamburger SV and FC St. Pauli Hamburg. With so much water around, relaxing along the banks of the river or near the Alster Lakes is a wonderful way to spend an afternoon. Since this is still Germany, find a beer garden and try some of the local brews while enjoying some fresh air.

With many universities and an active night life, Hamburg maintains a very youthful vibe. St. Pauli and the Reeperbahn area is an area of full of clubs where young people spend their Friday and Saturday nights. More laid back bars can be found in Schanzenviertel. When the weather is nice, lounging in the park or at an outdoor cafe can make anyone feel young at heart. The city just feels more alive, like something fun might be just around the corner. Summer brings plenty of free events to the city for the budget conscious crowd. 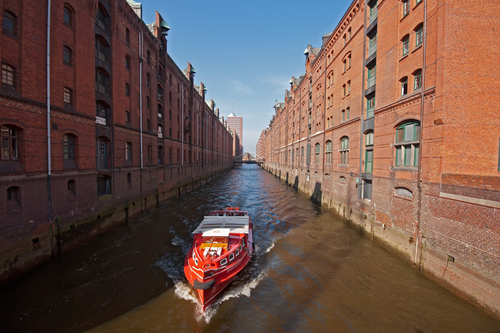 Not only does Hamburg sit along the Elbe River, it also has the Alster Lakes located right in the city, just north of the main train station. Go swimming, kayaking, sailing or take a boat tour of the lakes during the summer, or during the winter try ice skating. Hamburg also has a long tradition of rowing. The first rowing club in Germany was founded there. Various clubs train on the Outer Alster Lake, certain sections of the Elbe River, and in some of the city's many canals.

At the Hamburg Port, join a boat tour of the harbor to get a taste of Hamburg's maritime culture up close. Some tours even journey into the canals of Speicherstadt, the largest single warehouse complex in the world. If you would rather watch the boats than ride in them, take a seat at Landungsbrücken and see the port at work. 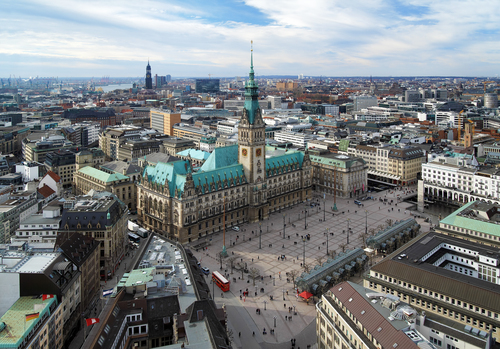 Hamburg has a variety of architectural styles throughout the city. There are many significant churches, including St. Nicholas which was the tallest building in the world for a short time in the 19 century, and St. Michael's where you can climb the bell tower for a beautiful view of the city. Hamburg's Rathaus (city hall) is an elaborately decorated building that was completed in the late 1800s. The city also boasts more bridges than any other city in the world. Take a stroll through the cobbled streets of Speicherstadt to see the brick buildings of the warehouses and the many bridges that cross the canals. In fact Hamburg has over 2,300 bridges throughout the city.

Whether you enjoy the loud music of a dark night club or the more calm ambiance of a classical concert hall, Hamburg has you covered. Spend a night in the seedy night clubs in the Reeperbahn area or going to see a performance by the philharmonic at Laeiszhalle. By 2017 the new Elbphilharmonie concert hall is due to open. If the Beatles are your thing, retrace their footsteps in St. Pauli and the Reeperbahn clubs. Many parks, including the Planten und Bloomen park, also have live concerts during the warmer summer months.

Germany's wealthiest city offers many shopping opportunities from worldwide names to local boutiques. In the city center you will find typical shopping malls and stores. The most popular street for shopping is Jungfernstieg just south of the Inner Alster Lake. Wander away from the tourist district to find more unique locally owned shops. You never know what you might find, like a shop in Schanzenviertel that sells both shoes and wine.

If Hamburg isn't on your list of places to visit in Germany, it should be. The city has something for everyone, whether you're a history buff, a culture enthusiast, or a shopaholic. Outdoor activities such as boat tours feature heavily in most people's itineraries, but there are plenty of indoor attractions for a rainy day. Break out of the standard tour bus rut, see more of Germany than just Berlin and Munich, and visit Hansestadt Hamburg on the Elbe River for a uniquely German experience.

US Presidential Election 2020
Breaking news, analysis and the latest polls on the presidential race from HuffPost’s politics team
See More
More:
travelEuropeGermanyhamburg
Newsletter Sign Up
An essential daily guide to achieving the good life
Subscribe to our lifestyle email.
Successfully Subscribed!
Realness delivered to your inbox