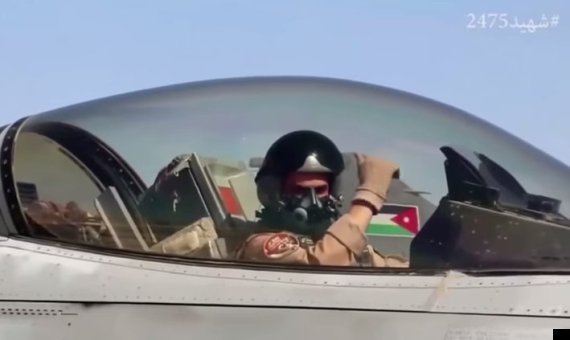 U.S. troops have been in combat longer than at any point in American history. In addition to two major wars, U.S. Special Forces were deployed to 133 countries (approximately 70 percent of the nations on the planet) in 2014. It makes little sense to continue with the same tactic of perpetual war, without any assurance of a better strategic outcome. Two deranged terrorists in 2013 caused death and tremendous chaos in Boston, yet they didn't get their orders from ISIS. To assume that another Iraq war will keep us "safe" doesn't address the nature of terrorism or the nature of failed wars. Therefore, below are 10 reasons why continuing with the same approach is not only the definition of insanity, but also fails to take into account what we've learned from the previous Iraq conflict.

Both Iraq and Afghanistan have resulted in an overburdened Department of Veterans Affairs. If Congress approves yet another war against ISIS, does the VA's budget of $168.8 billion include the repercussions of a future conflict?

After all, Republican Senator Tom Coburn recently blocked a suicide prevention bill for veterans claiming, "I'm going to be objecting to this bill because it actually throws money away."

Sen. Coburn's mindset should be used to critique the $6 trillion we've spent in Iraq and Afghanistan, not a bill that helps the people our country claims to honor and respect.

2. Iraqi politicians wanted the U.S. out of Iraq by 2011 and we had left them "capable and competent" enough to face security threats.

Admiral John Kirby explained why Iraqis currently need military support, despite over a decade of Americans in Iraq, in a Department of Defense Press Briefing on November 7, 2014:

REAR ADM. KIRBY: And yeah, we did spend a lot of money and effort training the Iraqi army. And when we left in 2011, we left them capable and competent to the threat that they faced. That opportunity they were given, the skills that they were provided, the leadership that they had were squandered by the Maliki government over the last three, three and a half years.

Also, according to a Wall Street Journal article in 2010 titled "Iraq Wants the U.S. Out", "Prime Minister Nouri al-Maliki ruled out the presence of any U.S. troops in Iraq after the end of 2011."

Iraqi politicians will not protect U.S. interests since they have their own objectives and political rivals. Imagine the Tea Party forced to unite with MoveOn.org. Without cooperation from the Iraqi government, any U.S. military success against ISIS will be squandered (as it was in the last war) by people like Nouri al-Maliki.

Iraq's parliament is also a mess, even with new Prime Minister Haider al-Abadi. Feuds and bloodshed between Shia and Sunni have caused Sunnis to boycott the government. Consequently, a great many Sunnis support ISIS primarily because they feel alienated by a Shia dominated government.

3. The U.S. Army's "Tactics in Counterinsurgency" states, "At its heart, a counterinsurgency is an armed struggle for the support of the population."

In Iraq's case, Sunni and Shiite militias are in a bloody struggle and 80 percent of Iraq's Anbar Province is already controlled by ISIS. Both sides commit suicide attacks and atrocities against the other and Iraq's population is torn between religious and cultural allegiances.

According to the Georgetown Journal of International Affairs, "American backing indirectly provided Maliki with incentives to act against American interests." The U.S. produced "unhelpful allies" because the support we gave Maliki and a Shia-dominated government was used to consolidate power at the expense of Sunnis.

If COIN Strategy states we need the "support of the population" to win the conflict, we will not get this support because Iraqis have a greater allegiance to their religious affiliations than to American interests.

4. ISIS exists because of the bloody rivalry between Sunni and Shia in Iraq.

This ancient feud is the reason ISIS controls 80 percent of Iraq's Sunni dominated Anbar province and the reason Sunnis have recently boycotted parliament. It's why Newsweek published an article titled, "Sunni Tribes Will Bet on the Strong Horse, and That's ISIS." Without peace between Shia and Sunnis, no amount of U.S. military intervention will achieve long-term stability.

As explained by Brookings, the strategy of ISIS is to foment increased sectarian chaos:

This central facet of IS's military strategy aims to spark or sustain sectarian conflict -- to "provoke [the Shia] to radicalize, join Iranian-sponsored militias and commit similar atrocities against Sunnis." With both the Shia-led government in Iraq and the Alawi-led one in Syria perceived as repressive by many ordinary Sunnis, IS aims to present itself as the protector of true and pure Sunni ideals.

With this strategy of fueling sectarian bloodshed already in place, how will U.S. ground troops solve the issue of Sunni and Shia hatred?

Once ISIS is defeated in Iraq, how does the U.S. defeat ISIS in Syria? Essentially, President Obama has asked Congress to fund a two-front war: a war in both Iraq and Syria. ISIS fighters can always seek refuge in Syria, just like the Taliban finds safe havens in Pakistan.

Think Cambodia and Laos during the Vietnam War.

7. Once ISIS is defeated, American soldiers will have to occupy territory and be exposed to IEDs.

Between half to two-thirds of American soldiers killed or wounded in Iraq and Afghanistan were victims of IED blasts. While we've spent close to $6 trillion in both wars, many IEDs cost just $30 to make. In 2007 alone, there were 33,900 IED attacks against U.S. troops. Sending Americans back to a war where they were sitting targets allows the greatest military in the world to succumb to the asymmetric warfare tactics of terrorists and insurgents.

8. The interests of other countries interfere with America's objectives.

Russia supports Syria's Bashar al-Assad. Iran supports Assad and Iraq's Shia militias. Saudi Arabia is linked to the creation of ISIS and has supported Sunni revolts in Syria and Iraq. Turkey has utilized ISIS to weaken the Kurds.

If ISIS is eventually defeated in Iraq and its fighters flee to Syria, the U.S. won't be able to send ground troops since Russia won't let that happen and there's still an ongoing civil war.

9. The al-Nusra Front is another terrorist group trying to create an Islamic state.

If ISIS is theoretically destroyed in Iraq and Syria, al-Nusra would fill the void with plans for a caliphate of its own. It too wants a Sunni Islamic state, and like ISIS, its parent organization was al-Qaeda in Iraq.

One frightening aspect of al-Nusra Front is that it competes with ISIS for recruitment of foreign fighters; the same activity that is said to make ISIS such a threat to the West. Al- Nusra is also "determined" to establish a presence in Iraq, according to Al-Monitor.

10. Egypt has bombed ISIS, Jordan's King Abdullah has vowed a "harsh war" with his own boots on the ground against ISIS, Iraqi Kurds and Iraqi military units have fought ISIS, and even Iran has bombed ISIS.

There's a reason The Atlantic has stated, "Evidence suggests that the Islamic State's power has been declining for months."

Arming the Kurds (despite protest from Turkey) Shia and Iraqi government forces, and even sending increased military aid to countries like Jordan, rather than sending U.S. troops, would be a better strategy against ISIS. President Obama has recently extended U.S. combat operations in Afghanistan, so that war is still ongoing. It would seem that people would have had enough of war, but alas, ISIS beheading videos frightened millions of voters. Americans should remember, though, that the same people pushing wars in Congress will also be the same people who complain about funding a suicide prevention bill for veterans.