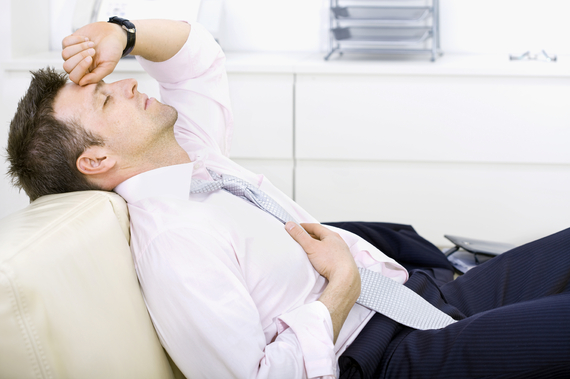 "Enjoy the honey-heavy dew of slumber."

What a beautiful way of describing sleep. The quote above was written by the bard himself.

Unfortunately today we are rather confronted with expressions, such as 'sleep is for the weak' or ' I can sleep when I'm dead'...

You are the hero of the firm if you go home last and boast how you've been at the office until 4 am and back before everybody else.

So let me tell you why this attitude is outdated and why your whole company is suffering from the misconception that sleep is a luxury or even just an annoying occurrence that you want to beat or avoid in order to be more productive.

1) Contrary to popular belief you are not doing 'nothing' whilst you are sleeping. Your brain is working to heal all the damage that is has done to itself during the day (yep, all the processes actually slightly damage and leave toxins in the brain) This process is at the same time consolidating memories and set you up to be more creative and efficient the next day.

2) The genes connected to our mental wellbeing are directly connected to sleep. So if you want your star workers to keep performing and avid having them sink into depression or burn out you better make sure that they take of themselves and their sleep.

3) 30% of car accidents in the US have been attributed to microsleep. Those are only the ones that weren't fatal and that we know of. So do you want your train driver, bus driver, stock broker or anyone who is responsible of quick decision making to be sleep deprived?

4) Missing one night of sleep is cognitively the same as having a 0.1 blood alcohol level - too high to legally drive. You might as well do vodka shots during work. So if you'd frown upon seeing your deal maker, or anyone else at your workplace, having a shot before going into a crucial meeting then you should definitely not applaud when they are boasting about another all-nighter.

5) Having trouble with sick collaborators during flue season? Sleep is proven to improve your immune system, making it less likely that you get ill and we are not just talking about the common cold. Sleep is protecting you against an increased risk of diabetes, heart disease and illnesses, such as Alzheimers or Dementia.

6) Sleep deprivation is making people more towards prone to becoming addicted to caffeine, alcohol and drugs in general. Not a nice prospect

8) People who are sleep deprived are in general in a bad mood and grumpy. Not great if you want quality customer service or team spirit.

9) When your body isn't getting enough sleep your metabolism isn't working correctly and you gain weight, which is not only unhealthy but also very frustrating to most people, affecting the mood of the affecting person for sure.

10) Need more to sell it to your boss to get the ok? One extra hour of sleep per night on average increases wages by 16% due to higher productivity for the company! So you do the math what that means for your annual revenue.

So, you know there is an opportunity here to improve your life, your coworkers' lives and your company's productivity... ready to grasp it?

The choice is yours.