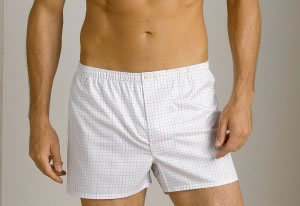 He is THE reason why we are men. We love him, dearly. We can't imagine life without him -- ever. He is usually the first thing we think about when we wake up, and often the last thing we think about before we fall asleep at night. He never talks, but oh does he think -- often, way, way, way too much! Maybe that's why he has an endless sea of nicknames - dick, cock, tool, pecker, wiener, shaft, member, prick, wee wee, Jimmy, John, John Thomas -- even Bishop. He can be a real source of discomfort in a pair of tight pants or during a hot summer day. But he can also make us, and our partners, very very happy in the heat of the moment. He makes us lovers. He makes us babies, which makes us fathers. He makes us men. He's great, and he makes it great to be a Man. 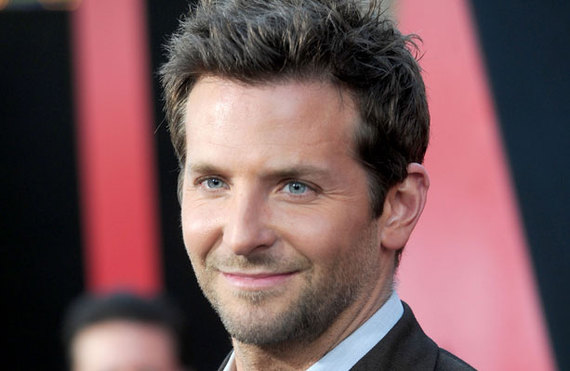 We can grow five o'clock shadows, goatees, muttonchops, mustaches, beards, whatever we want, whenever we want, and every and all hair forms are completely acceptable and embraced in today's society. The hipster has killed the razor. Facial hair today defines our look, our attitude, our vibe. And if, for whatever reason, we decide to drop our face hair moment, we can, whenever we want. We just shave it off, and start, fresh, all over again. Freedom of expression doesn't get any easier in life than facial hair. 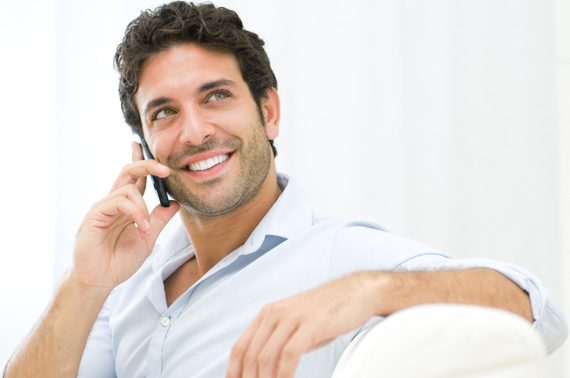 I recently had a relationship end because, she said, I wasn't providing her enough "consistency." I can't image a guy friendship EVER ending because I didn't give him enough "consistency." Guy friends require very little, if anything, of you, when it comes to expectations. If you haven't spoken to a buddy in a year, two years, hell even a decade or more, he doesn't care. That's because when you call your buddy, however long ago it's been, the conversation reverts right back to where it left off from your last conversation. One of my old bar haunts is Great Jones Cafe, in the East Village of Manhattan. I hadn't been in the bar for over 15 years. I walked up to the bar, and my "Bromance Bartender" Bill was sitting there, flipping through a newspaper. He looked at me, nodded, poured me a beer, pushed it in front of me and said "How's it going? Great to see you." He didn't skip a beat, or beer pour, for that matter. Same as it ever was. 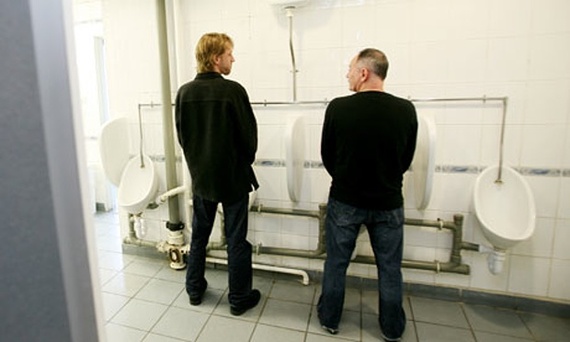 The toilet seat in my house is in the "up" position, because it can be -- and as it should be -- since I'm single. We pee standing up because it's fast, efficient, and germ-free. We especially love to pee, standing up, in the great outdoors -- by a stream, under a tree, on the grass, and when there is no bathroom to be found anywhere in sight, on a quiet dark street corner, up against a brick or concrete wall (with our head turned the other way, of course, to make sure we are not seen). Oh, and we really really enjoy making little yellow art doodles and words in fresh snow. If a guy says otherwise, he's lying. We've been doing it since we were little boys. It gives us a big chuckle. What's wrong with that? Here's the thing. We love peeing in the urinal just as much. It's been around since 1866, just after the Civil War in fact, when Andrew Rankin patented it (maybe that's where the word "rank" came from). I recently visited McSorley's Old Ale House in the East Village (starting to figure out my drinking haunts yet?) where I peed into the biggest, bestest, most beautiful porcelain urinal that I've ever faced. The McSorley's urinals stand five feet or more in the air, and they envelope you when you stand up to them. They've been serving men honorably since 1910, and I have to say, I felt the presence of the tens of thousands of men who have peed before me, lost in their thoughts while staring at their half-filled beer mugs resting comfortably on the ledge. 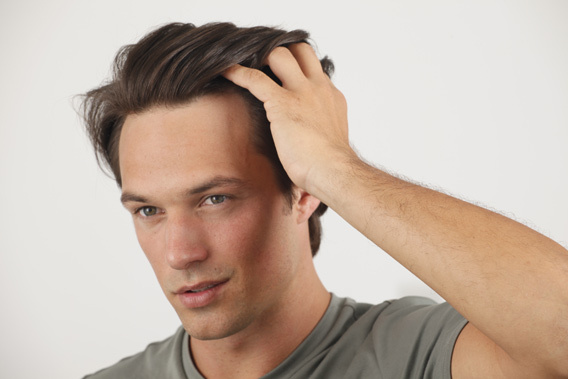 I keep my hair short and sweet, so all I need to do when I get up in the morning is make a quick sweep of my short mop, left to right, and I'm good to go. My boys have adopted my technique, 'cept they add a little gel for their own individual spiked look. Most men with longer hair don't usually reach for a comb or brush either. They rake their hands through their hair to get it right, or at least kinda right, as they rush out the door to the office, date, or their kid's parent/teacher night. Doesn't matter the reason. Rake and run. And if their hair starts to get unmanageable, they grab a rubber band, tie it up into a hair bun, or just let it hang like Jesus. Whatever works, or doesn't, it doesn't matter. That's because he always has his hand to fix it, again. 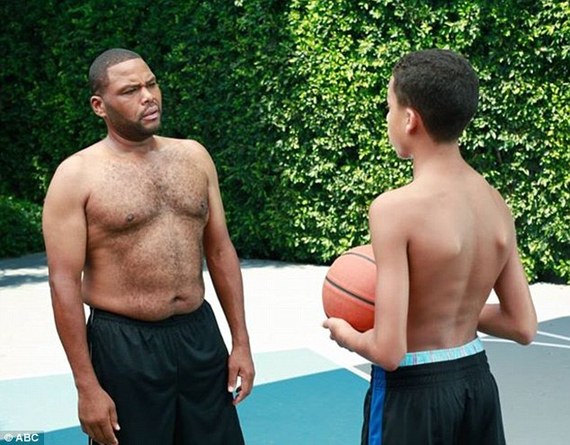 6. I can take my shirt off in public (#freethetatas is fine too).

We take our shirts off at the beach. We take 'em off for pickup basketball games (that's so we know whose on our team, and whose not - Shirts vs. Skins). We take them off when we're cutting the grass, and when we take that oh-so-refreshing dip in the pool, lake, river, bay, or ocean. There is one place that guys should never take their shirts off, however, and that's online -- Facebook, OkCupid, Match, Tinder, Bumble, Instagram, Twitter, anywhere! Find me a woman who is asking for your shirtless self. She doesn't exist. There are three exceptions to the rule -- you are a professional actor, athlete, or model. Otherwise, keep your shirtless selfies to yourself -- unless she asks. 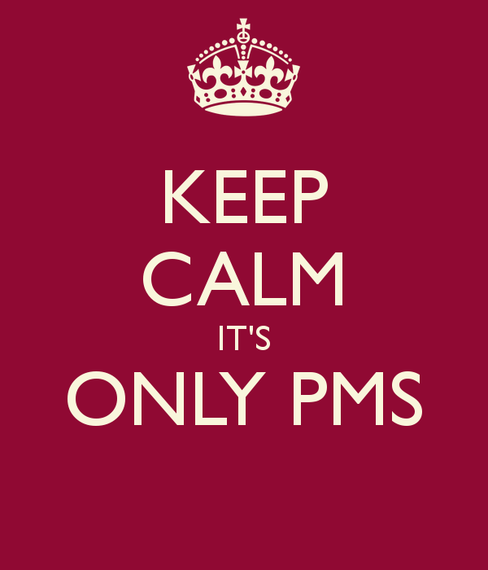 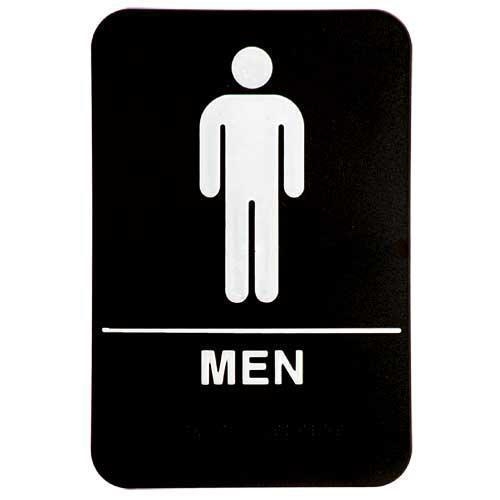 8. The line for the public bathroom is so much shorter.

Pee standing up (Reason#4) + Urinals = no lines out the restroom door, ever (except at halftime in basketball, football, soccer, and in-between hockey periods).

I wrote a Huff Post piece entitled "10 Reasons Why Women Should Date Men In Their 50s." To date, it has 36k likes, and here's arguably the biggest reason why it was so popular: Reason #2, "He's got Gray Hair." Here's what I wrote: "50 Shades of Gray has never been hotter, or sexier, than on a man's head. Gray is all about being more distinguished, intelligent, dapper, and wiser (that's because he is!) than our younger male brethren. If there is any doubt about gray's hotness values, just take a quick glance at the current G Team: George Clooney, Jon Stewart, John Slattery, Anderson Cooper, Jeff Bridges, Barack Obama, to name just a few. Gray is the New Black. 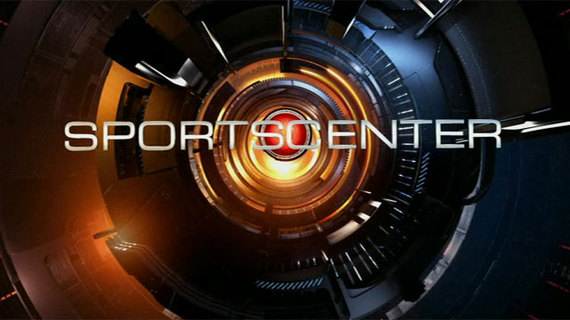 "Dah-dah-dah" is a primal calling to every man in America that I've ever met -- straight, gay, metrosexual -- doesn't matter. That's because every guy, and I mean every single last one, has at least one sport that he is into, and more likely, obsessed about. Whatever sport is his -- football, baseball, running, basketball, soccer, hockey, skiing, rowing, tennis, table tennis, snowboarding, track and field, swimming, volleyball, badminton -- name it, and ESPN SportsCenter covers it, with 1000 percent passion and panache as "the worldwide leader in sports." If you doubt this show qualifies as Reason #10, know these factoids about lil ol' SportsCenter -- it has been on the air EVERY DAY since premiering on September 7, 1979, airing up to 12 times EVERY DAY, crowned as the longest running show on American television EVER, with more than 50,000 unique episodes under its belt. And it's just getting started. Why? Because, yes Virginia, there is, and will always be, SportsCenter. It's great to be a man.

10 Reasons Why It's Great To Be A Man
Bald Hotties