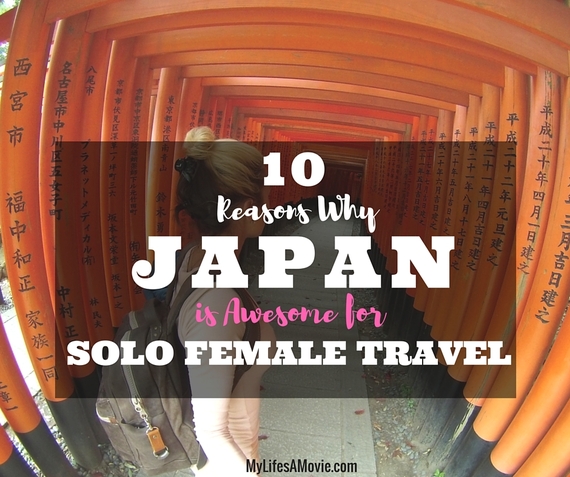 I didn't go to Japan looking to test out its safety or to see if it was or wasn't a good place for solo female travel. I'm so used to traveling on my own these days that it seems normal to me, however I have to say, I was especially blown away by my solo experience in Japan.

Not only did I feel safer in Japan than I usually do back home in LA, but I also felt more respected, welcomed, and able to freely and easily explore than I have in most countries. The people in Japan are some of the nicest I've ever met, and there was not one single millisecond when I thought I was in a dangerous area or situation. Japan was also fairly easy to travel around in, and even had specific transportation and accommodation options for females only!

1. The People in Japan Are More than Willing to Help 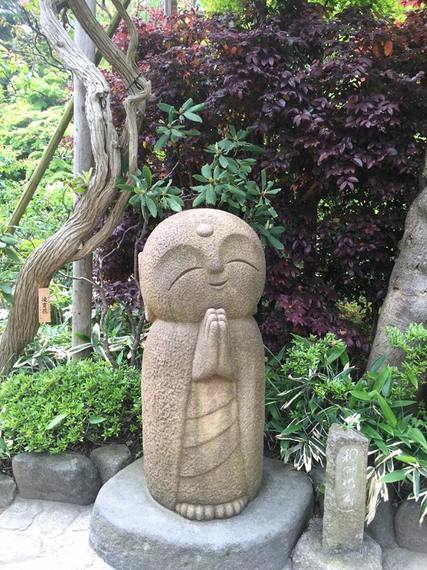 Never in my life have I been approached by not just one, but multiple people (and nonetheless, mostly elderly people), who although didn't speak English, still recognized my look of confusion when trying to figure out where to go, and helped me. But wait, not only did they help me without me even asking, but they literally took the time out of their day to help me buy a train ticket or walk me in the right direction!

In no other country has someone came up to me and said, "You look lost, let me help you." I also asked for help with directions or train routes a couple times, and what impressed me was that each person didn't speak English, however instead of just saying "Sorry" and turning away, they took out their phones and translated Japanese to English to give me the directions or information.

2. Everyone is Classy, Respectful, and Nice

Not going to lie, I absolutely loved bowing to people and getting bowed at in Japan. I also loved how anytime I walked into a store or restaurant, every person working there would welcome me and then bid farewell.

I also loved and was extremely impressed by how classy everyone acted and dressed! The majority of the men wore suits or business attire, and the women wore either pants or calf-length skirts and dresses. No one looked sloppy or disheveled, and I didn't see one person wearing flip-flops, tank tops, or short shorts.

Japan is of course a bit crowded in most places, but everyone is orderly and considerate of others when crossing the street, purchasing rail tickets, and getting on and off of transportation. People say "excuse me" and "sorry", and no one ever pushes or shoves if they can help it. 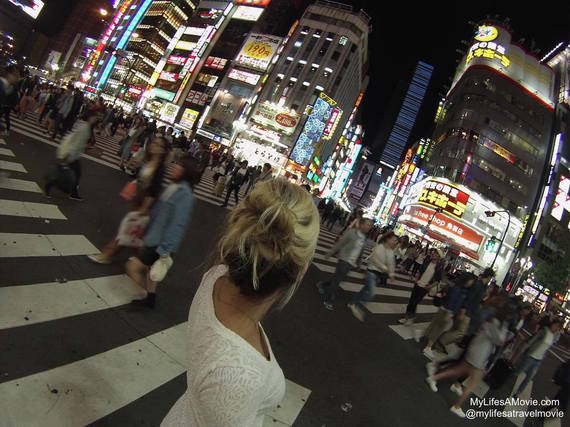 For some reason everyone thought I was going to stick out like a sore thumb in Japan because of my blonde hair and blue eyes. I honestly wasn't sure what to expect, and as always, my only concerns were feeling judged for traveling alone, or being a "tourist".

To be honest, I probably was the only blonde haired, blue-eyed person almost everywhere I went, especially since I took the local transportation the entire time. But there was not one single time when I felt like someone was staring at me or judging me; in fact, if anything I felt like I was doing a pretty good job at blending in! What was impressive was that I knew I didn't blend in, and I knew it was noticeable (the kids gave that away when they stared at me like an Anime character doll), but I was still treated just they same as everyone else.

Japan is also an extremely safe place. Not once was I bothered by anyone, or put in a situation or area where I felt even the slightest bit unsafe. In fact, when I asked a waiter in my hotel lobby bar if I could leave my bags while I went to the restroom he laughed and said, "Of course! This is Japan, everyone is friends here!"

4. It's Normal for a Woman to be Alone

During my first stroll down the streets of Tokyo in the evening, I noticed quite a few women walking alone, and also, eating alone in the many food-bar type restaurants along the streets. On the trains and subways I also saw a lot of women traveling alone, many seemingly coming from work or school. That means it felt quite normal for me to be alone too! 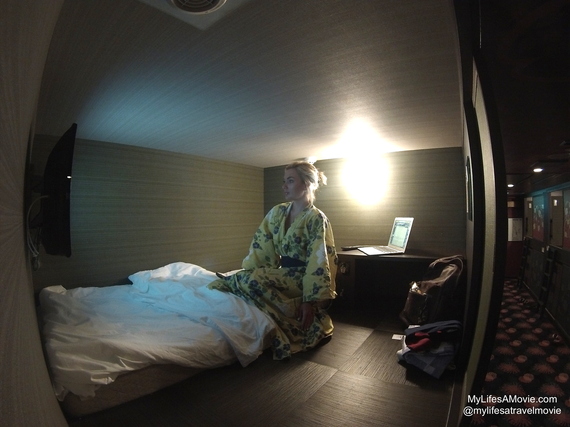 This section is getting its own entire blog post because I was so impressed and amused by the female-only transportation and accommodation options they have in Japan, but I'll give you a brief overview without going on forever about it.

So first of all, I decided to take an overnight bus to Kyoto because it was the cheapest way to get there, and also because it would save me two nights of hotel costs. I've taken an overnight bus before, was able to sleep on it, whatever, but when I went to go book my bus ticket for Kyoto, I was not expecting to see the option for the private, pink, "Beaute Delux" seats on a female-only bus! Not only was my pink seat cute and comfy, but it was a part of a row of only three, each separated by an aisle and a curtain for privacy, and the added comfort that no weird creepy men would be on it while I slept.

My next experience with a female-only accommodation was the "cabin" hotel by Centurion(a fancier version of a capsule hotel) that I stayed at in Kyoto. In a nutshell I would describe it as a luxury sorority house, except without the drama or craziness. There are other floors for male-only and mixed cabins, however your key card will only get you to the floor you're supposed to be on!

6. Their Code of Conduct is on Point

I noticed that in Japan there are rules and regulations, just like anywhere else in the world, except it seemed like theirs were so much more well-organized, enforced, and followed than anywhere I've ever seen. For example; there aren't many trashcans, yet you won't see a single piece of trash, which I assume is because the rules are that you must take your trash with you instead of disposing of it in public.

Another rule I noticed was that on the subways you aren't allowed to have your phone ringer on, talk on the phone, or talk in general. It may seem a little strict, but it's so much nicer to ride on a packed subway or train when everyone is keeping to themselves rather than yapping loudly to their friends or on the phone. It made me feel a lot less overwhelmed and intimidated as a solo female traveler, and also a lot less isolated.

7. It's Easy, Safe and Affordable to Get Around 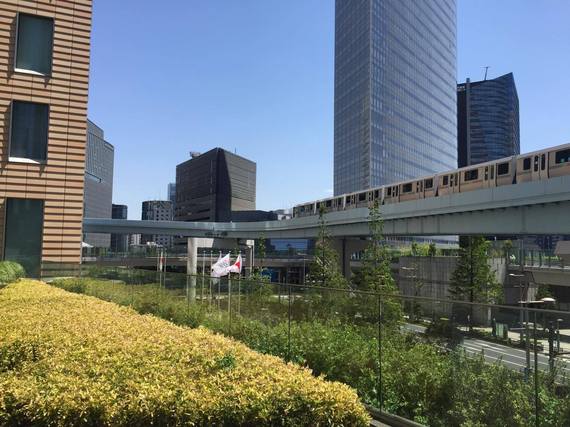 Here I go again about the train system in Japan. But it's seriously only because I was so impressed with how efficient, cheap, and safe it was. Sure it might take a hot minute to master understanding the different rail lines, but once you do, you're golden. Everyone uses the rail, and it's seriously a difference of hundreds of dollars compared to taking a taxi or car.

The rail system is also heavily secured, with guards at each station terminal, and cameras on board. There also wasn't anyone on board who ever seemed like a threat, in fact most people seemed like they were professionals or students. The only person I saw that slightly creeped me out was a guy in leopard shorts, a non-matching leopard jacket, and a t-shirt of a cartoon character of a girl spreading her legs...but I assumed his aspirations in life were to be an obnoxious pussy cat.

8. They're Courteous to Tourists

When I say "they" in this topic, I'm mostly referring to the tourism board's efforts to ensure that tourists are safe, well-informed, and happy. The first thing I noticed when I got off the plane at the Haneda Tokyo airport, was that there were booths offering free Wifi for tourists. There's actually a lot of these options although most didn't work very well, but another option that did work well was renting a portable wifi hot-spot from the airport as well.

Also, like most places you visit for the first time, you don't immediately know where anything is, which is why another effort I noticed was that outside of every train or bus stop, was a map with a red "You Are Here" square in order to help you find your way. And that's in addition to the many helpful locals and officials who are more than willing to point you in the right direction as well!

9. It's Perfectly Normal to Eat Alone 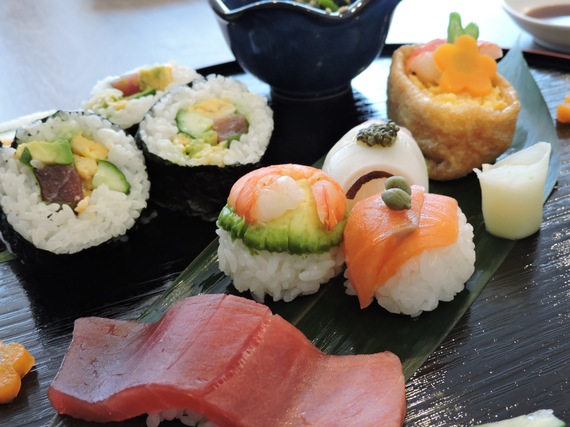 Not only is it normal to eat alone in Japan, but it's actually quite routine. There are even places that are solely meant for people to order, scarf down their food, then leave and be on with their day or night. There are some that are literally just a curtain booth where you wait in line to order and get your food, and others that are more of a traditional sushi bar looking thing.

I didn't try the curtain-booth places, but I did eat at the sushi bars a lot, and can say that I felt like it was perfectly normal to be eating alone, even if I was the only non-local. I actually enjoyed it so much that I dedicated an entire day to riding the train around and testing out the sushi bars in all the areas of Tokyo.

10. People Want to Chat With You

Although English isn't spoken fluently in Japan, many people, especially the younger ones, know some English and want to improve it. To do that, they talk to native English speakers, AKA probably you if you're reading this. Aside from that, I found that many of the people I spoke to wanted to know about where I was from, and also to give me tips and advice on what were must-sees in the area. I definitely noticed that the people in Japan were extremely proud of their country, and more than happy to share it with me!