I'm tired of people talking about privilege like it's a real thing. I mean, come on - it's a socially constructed concept to make the dominant groups in society feel guilty. As a skinny person, I've been told I have some type of thin privilege in this country. Let me explain why this isn't true.

First of all, there's no such thing as "fat" or "skinny." We are all just humans. All sizes matter. Yes, you may see someone and treat them differently based on their size, but that's doesn't give larger people the right to point it out when it happens, or to share how it makes them feel when it does. All that does is reinforce the idea that size categorization is a real thing.

Also, it's not my fault I'm small. I was born with a really small frame. When larger people talk about how they've been mistreated because of their size, that's obviously a personal attack on me. So even if I don't know what happened, or if I've never met the person who mistreated them, I'm going to automatically defend the aggressor.

And on that note, my friends and I never make fun of larger people. We are nice, wholesome people. It is only logical to conclude, then, that no skinny people make fun of fat people.

Oh, and I am so tired of bigger people complaining about being squished on an airplane. Or how they can't fit on roller coasters. Or walk down the aisles in small buses. First of all, as a skinny person, I have had bad flying experiences too. One time I had to sit next to the window and it was so uncomfortable. Also, my sister's cousin's friend once couldn't fit on a kiddie coaster at Disney. They told her she was too big, and made her get off. Everyone has a story, and no one wants to hear yours.

And don't get me started on all the special treatment big girls get! All of these "plus size" stores just for "plus size women." You have Lane Bryant! That's discrimination against me! I know they were created because there was a time when they didn't have plus size clothing in most stores, and you were left with no other options, but that time is over now. There are a few plus size clothes in the regular stores, so why do you need your own store? In fact, one time there was a shirt I wanted in Target, but it only came in plus size. That shirt took the spot of one of my "skinny girl" shirts. Where are the "skinny girls only" stores, can I get an amen?

And the media! You people are clearly doing well for yourselves. There's always that one token larger character on television. Mind you, they are usually the class clown, or sloppy, or over-bearing, and constantly poking fun at their own weight, but it's better than nothing!

And that Meghan Trainor girl is like, so famous now. And she has that song about how being big is cool. How oppressive. How dare any artist put out a song telling larger people to love their bodies. That, too, was a personal attack on me. I know how hard it is for a big woman to feel beautiful when she's constantly been socialized to believe "skinny is pretty" and "fat is ugly", but cry me a river. All this self esteem building stuff just has to stop.

And larger people get so mad when I dress up as an over weight person for Halloween. Or when I stuff pillows under my shirt for fun and wobble down the street. What's the big deal? Everyone needs to stop being so sensitive.

And one time I looked in the mirror and called myself fat, and people flipped out! I mean, I've been supportive of big people my whole life. I feel like I'm a big woman. So I can identify as fat if I want, and you have to accept it. But you can never call yourself skinny, obviously. Who would believe you?

Not to mention every now and then, someone tells me I need to eat a hamburger. That clearly means you and I have the same daily struggle. And one more thing! I have a few fat friends.

In conclusion, the historical exclusion of larger people from the media in a positive light, the inhumane treatment they've experienced, and the current struggles they face, are a personal attack on all skinny people. If I see one more video of a fat person being mistreated, I will unfriend you. If you experience this type of treatment, then don't talk about it. Because it makes me uncomfortable. And, after all of the distinctions I made above concerning the difference in treatment between small and large people, I want to remind you that there's no such thing as size. #ALLSIZESMATTER 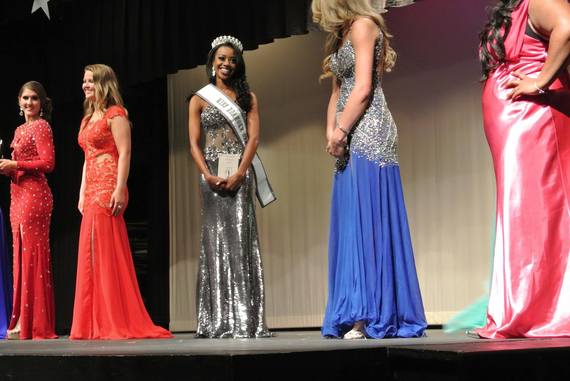 (DISCLAIMER: I do not personally believe any of the arguments written in this article. It's nothing more than a sarcastic attempt to point out the fallacies in the arguments that privilege does not exist)