In the off chance that Sallie Mae's chokehold hasn't yet cut off your circulation and you also have aspirations to travel, then you're still in luck!

During my two and a half years of living and traveling abroad, I've had days where I felt like Oprah's nose hairs (filthy rich, pun intended) and days where I've had nothing but Casper currency.

I've never considered myself to be "rolling in the dough", but I've definitely had my days where I was baking in the oven, toasting in the toaster, or even stirring in the punch bowl... you get the idea.

I remember the days I felt like I could live and spend like Beyoncé for the rest of my life... as long as I died by tomorrow. 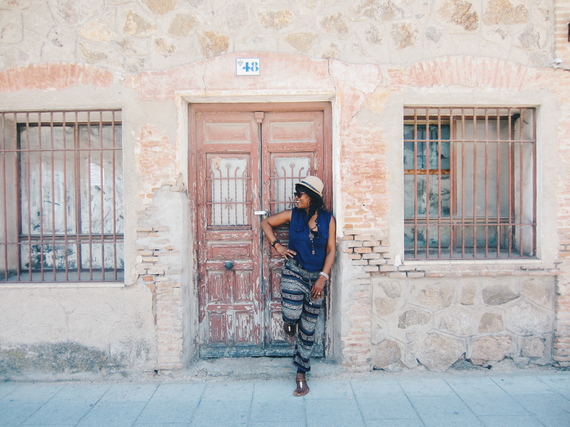 Money is an interesting concept and I've come to find that the more of it I have, the more careless with it I can be.

Which is why being broke can be a blessing in disguise. Staying broke, on the other hand... not so much, lol.

Adventure and fun abroad doesn't have to have a hefty price tag on it, and I've relished in my peasantry pinching pennies from country to country, and it's reminded me that limited funds doesn't have to mean limited FUN! Here's why...

1) You learn to maximize your resources. 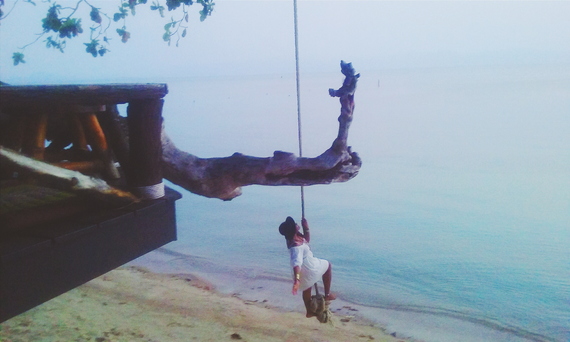 Koh Phangan, Thailand
Couchsurfing, Meetup, Instagram, you name it! As long as you've got access to Wi-Fi, you've got a world of resources in the palm of your hands. Whether it's finding out about a free picnic through Meetup or being invited for a home-cooked meal through Couchsurfing, there are amazing people out there who not only want to help you, but want to make sure you have the best experience ever in their city.

2) You're forced to take the long way. 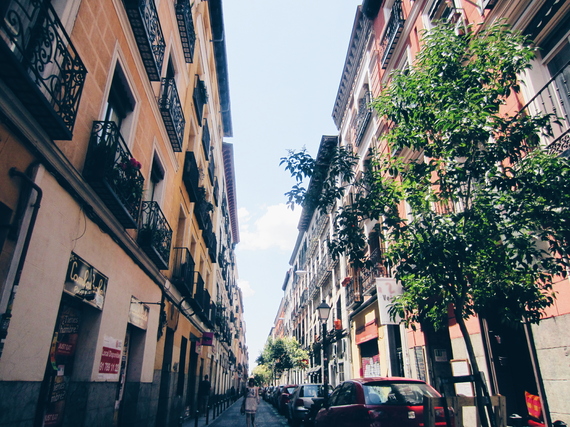 Madrid, Spain
If you're trying to save money on transportation, then metros and taxis are out of the question. So you're forced to walk, but en route you'll always discover hidden gems, find interesting people, and find things you would've never seen had you always opted for underground transportation.

3) You're forced to be creative. 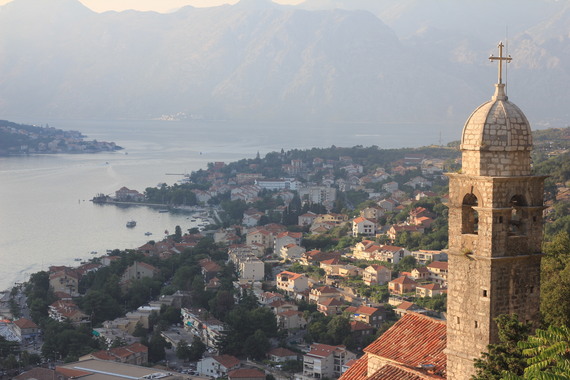 Kotor, Montenegro
It's easy to let the convenience of bars and nightclubs dictate your evening activities when you've got some money to blow. But sneaking off with a bottle of wine and friends up a hill to watch the sunset can be just as fun! 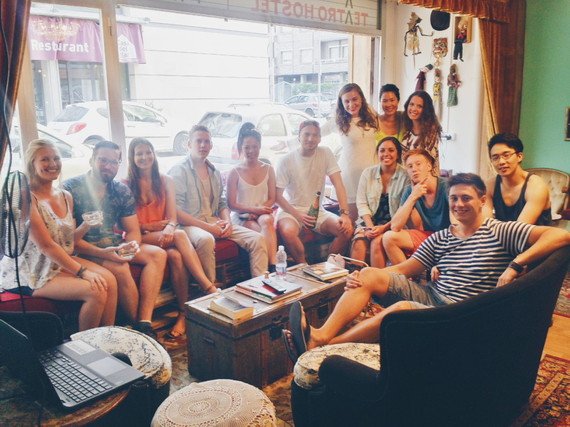 Pars Teatro Hostel, Barcelona, Spain
Whether you're hanging back at your hostel and playing games with your new friends from ten different countries, or just sitting at the park with your $1 bread roll and $2 wine, these authentic and laid back atmospheres not only welcome conversation, but the chances are the settings will help make them more meaningful. No loud and obnoxious people in the background trying to outdrink each other.

5) Your necessities are redefined as luxuries. 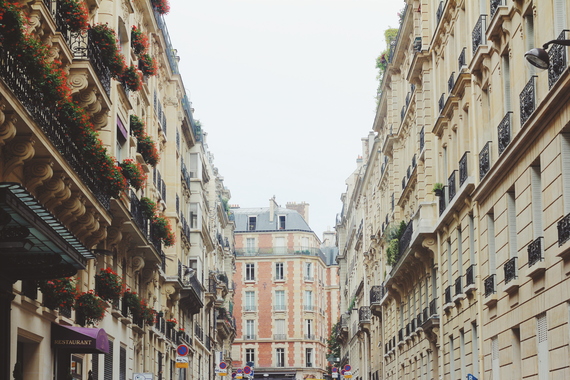 Paris, France
Do you really need that extra watch? The latest iPhone? $300 shoes?

Not only do you become less of a target when you're not wielding around expensive things, but in the case you got robbed, what's the guy gonna take? All 30 cents of your stash? It's all yours, buddy.

6) Because true happiness has no price tag. 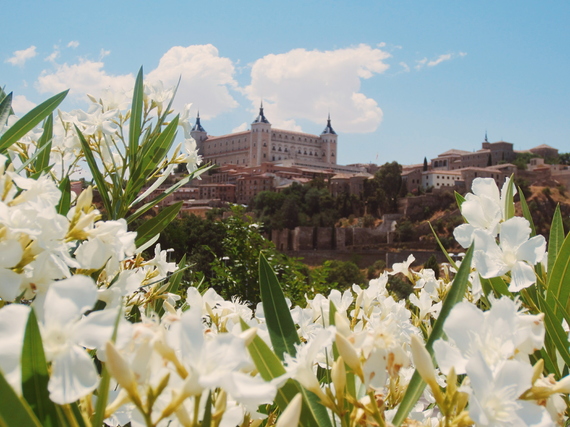 Toledo, Spain
Think about the times when you've been the happiest in life. Was a dollar amount directly attached to it? Was that happiness purchased? Was it temporary?

You'll come to learn that the ultimate happiness can only come from within. It comes from being at peace with your life despite your circumstances, because things could always be worse. Plus, the secret to having it all is believing that you already do.

7) You have an obligation to dream. 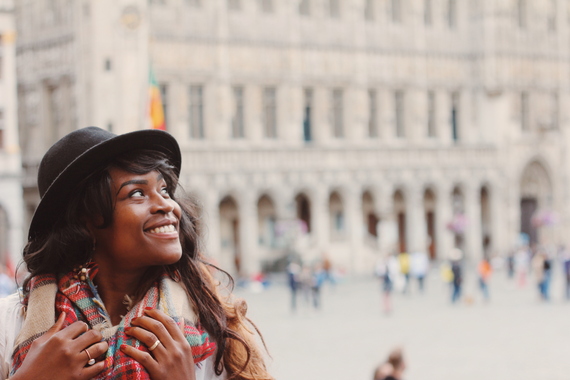 Brussels, Belgium
It's easy to feel complacent when the money is rolling in, things are going well, and life is pretty good. It's easy to kick your feet up and say, "Yeah, I've done well. I deserve to relax". And you absolutely do, but when you're forced to work harder to make ends meet, your mental strength is tested and you start dreaming and believing harder than ever before.

8) You're forced to expand your comfort zone. 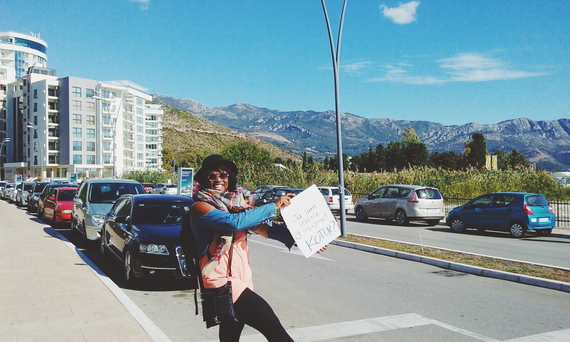 Hitchhiking in Montenegro!
Hitchhiking, ridesharing, and couchsurfing might've all been things you would've frowned upon before, but when you're left with no choice, you learn to make the best of any situation. I almost guarantee that there's a magical or hilarious story on the other side anyway! 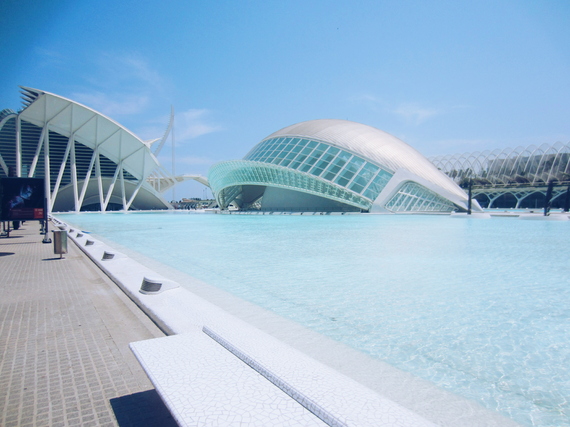 Valencia, Spain
Have you ever found yourself putting up with unnecessary negative energy because you had no other way out? Welp, when you're broke, you can't really afford to waste time being around people that don't make you happy. So... next! 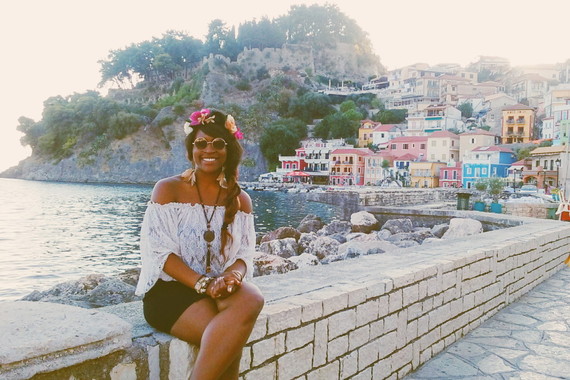 Parga, Greece
Happiness is relative. But when you're thankful for what you already have, you're always rewarded with more. And the same applies when it comes to travel.

Inversely, never be so broke where all you have is your money.

The goal is obviously not to strive for brokeness when you travel, but if you've managed to reach this accolade anyway, congratulations because you've now learned that life isn't over, you will survive, and fun can still be had! So be a responsible adult (if you must), pay your bills on time, and set off for your adventure, because believe it or not, I've survived several months abroad on $5/day, and if that's your budget, then you can too.

Gloria Atanmo is the author of "From Excuses to Excursions: How I Started Traveling the World" and this post was originally published on her blog at TheBlogAbroad.com.

Stunning Images From Around The World
More:
travelBudget TravelTravel Tips