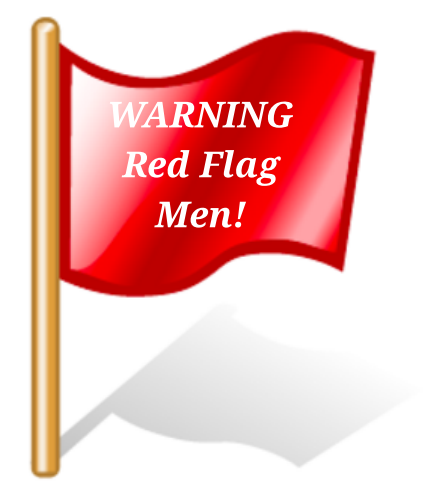 As a Professional Matchmaker and founder of The Dating Lounge app, I am constantly being asked if there are certain types of men that a woman simply should not date. And the answer is, yes there are "do not date" men, especially if you truly want to get married and not waste time on "maybes." Many women will rationalize that their guy isn't one of the do not date guys because they like him and they want him to buck the trend. And of course, it's possible that a particular guy is actually a good guy even if he exhibits some of these characteristics. However, most of the time, "if it looks like a duck and walks like a duck, it's usually a duck!"

Take a look at this list and really ask yourself if your guy is on it. And if he is, what do you want to do about it?

Mr. Serial Monogamist- This guy goes from relationship to relationship but never winds up marrying anyone. He "seems" committed and ready to go the distance, but he never does. My biggest concern with this guy is what will make you be the woman who will get him to actually commit when he never has with any of the others?

Mr. Comes On Too Fast Too Quickly- This guy met you yesterday and talks about moving in together today. You had your second date with him on Tuesday and on Wednesday, he is inviting you to family dinner. Of course, his interest feels wonderful, after all, you are fabulous. But, let's call a spade a spade, he doesn't even know you yet, so how can he actually know how fab you really are? Be wary.

Mr. Commitmentphobe- This guy is just scared of commitment period. He might have abandonment issues which have made him scared to commit to anyone in fear they will leave him. He will usually admit to you upfront that he has commitment issues but he has worked on them and is "certain" he is ready to commit this time around. My concern with him is that 9 times out of 10, he is just a time suck of your precious time when you could be finding another guy.

Mr. Excuse- This is the guy who breaks plans, behaves inappropriately and does things to offend you and then always has an excuse as to why he did it. Fine, give him a hall pass, once or twice but after awhile, you need to face facts. The facts are that his guy is an adult and he knows it's wrong to hit on your best friend, get drunk in front of your boss or tell you that you need to lose weight when you are a size 6. Next!

Mr. Showers You With Presents- This guy is swarmy. Yes, gifts are nice, we all like them. However, what are these gifts replacing or covering up? Are they buying your forgiveness gifts? Are they keeping you hooked a little longer even though he hasn't proposed yet gifts? Or are you one of the lucky ones who found a guy who is good to you and also gives gifts? Just don't be lured in by Chanel Bags and trips to Paris on a whim if that is all that is coming your way.

Mr. Been Around The Block - This guy has dated everyone you know and their mother, literally. Do you really want to date everyone's used laundry? And why does he play the field so much? Is he insecure? Does he not want a real relationship? Does he just like adding notches to his proverbial belt? I don't know the answers to these questions but if I were you, I wouldn't want to stick around to find out.

Mr. Compares You To His Exes- This guy is not over his ex. If he is comparing you to her all the time, then he still wants her. He may say he is over her, but he's not. Don't rationalize that all men compare their present gals to their ex's because they do NOT. They might do it occasionally in their heads but they certainly don't do it out loud and they certainly don't do it all the time. Ask yourself- Do you feel like you will be his future or will "she" be coming back?

Mr. Controlfreak- This guy has mommy issues and that makes him want to control everything, including your life. You are an adult, don't you want to make your own decisions? Do you honestly want someone to tell you what to wear, what to eat, where you can go and who you can spend time with? I doubt it. Do you constantly want to be criticized? This guy has a problem with everything and no matter what you do, it will never be good enough for him. Run!

Mr. Alcoholic- This guy is a drunk. He might tell you that he is a "social drinker" but you know the difference. He might say everyone drinks as much as he does. No. They. Do. Not. And when this guy gets drunk, which is often, he gets mean and nasty. He will make you cry and feel like crap, a lot. He is not a good look for you.

Do you have other Do not date guys you want to add to my list?

Samantha Daniels is a well-known Professional Matchmaker and Dating Expert as well as the founder of The Dating Lounge, the exclusive invitation-only iPhone dating app for upscale people looking for real relationships.
You can follow her on Twitter @Matchmakersd.
For more information, go to http://www.samanthadaniels.info
Follow Samantha Daniels on Twitter: MatchmakerSD