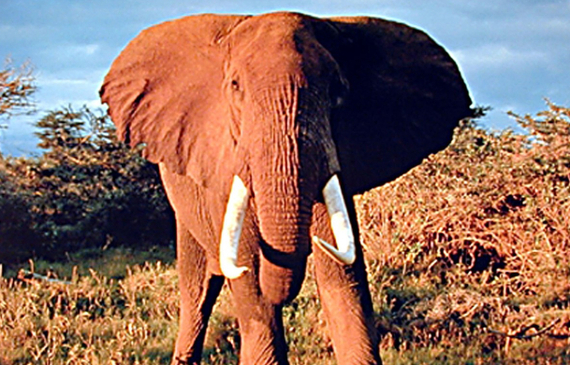 Okay, you see the above image?

It's a poster of an elephant. And with it, you know exactly what you're getting: an elephant. No surprises, so everyone's happy. Movie marketing doesn't always work this way. Because sometimes the studios are either a) incompetent, or b) too afraid to let us in on what the flick's really about. Which is why we can end up with head-scratching posters like these: 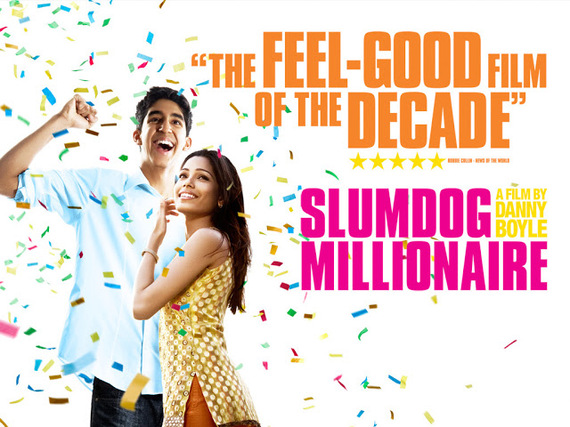 It's "the feel-good film of the decade!" says the critic so unimportant their name is relegated to the tiniest of point sizes. And it must be! Look at all the smiles and confetti! Okay, worth mentioning that our hero spends much of the film being sadistically tortured. Oh, and that his entire life prior to this torture was pretty much an exercise in abject Dickensian misery. But otherwise, it's party time with a hot girl, baby! Whoo! 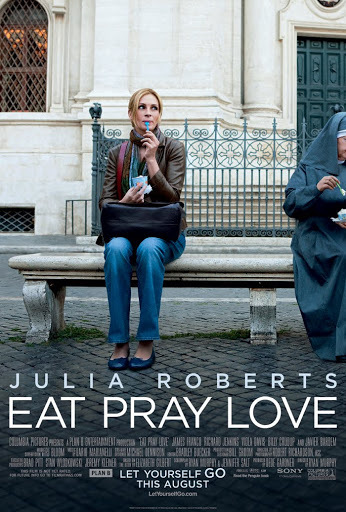 Sure, Julia Roberts is eating on this bench somewhere. And conceivably, we could assume she maybe just finished praying with that nun seated three feet away. But why? And where's the love part the title promised us? What's this movie actually about? We haven't read the book, Julia! We. Haven't. Read. The. Book!

The King of Comedy 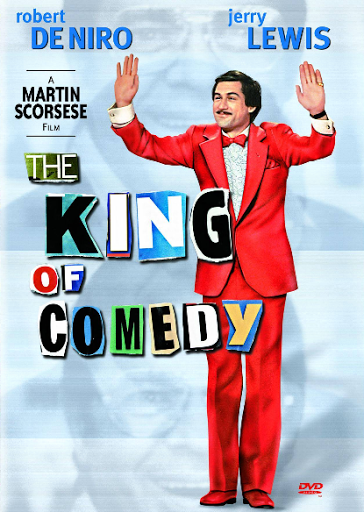 Robert De Niro looks delightfully shticky and goofy as an aspiring stand-up. Plus, that suit is a laugh riot. And speaking of goofy, Jerry Lewis is his co-lead! Zany antics ahead! And by 'zany antics' we mean delusional obsession, stalking, kidnapping, and a laundry list of other deranged felonies. 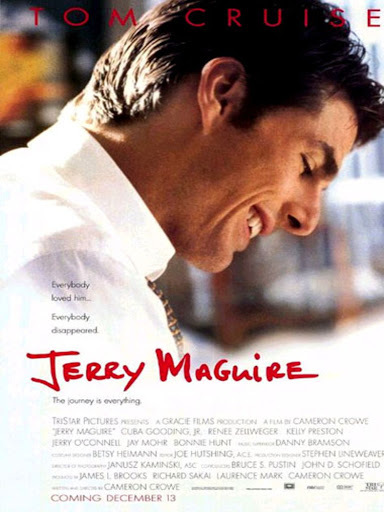 Nowadays, we all know this is a romantic comedy/drama wrapped in a sports flick. But back in 1996, the ad campaign sure relied on the fact Tom Cruise is in it and, you know, not much else. He's smiling and wearing a tie, so that's good. Although the tagline "Everybody loved him... Everybody disappeared" makes it out to be some sort of existential art flick. You know, not unlike this next movie... 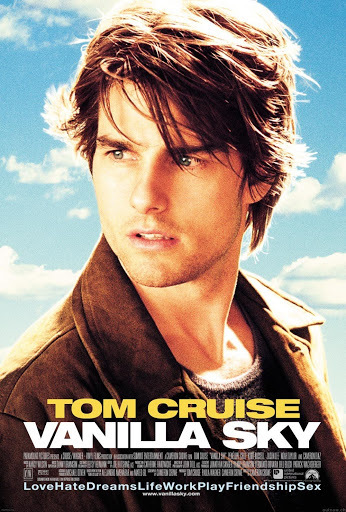 Hey, it's Tom Cruise's face again! Only this time he's less smiley and more intense. Could this double as the poster for one of the Mission Impossible movies? Darn right! Or Minority Report. Or War of the Worlds. Or Jerry Maguire, actually. What it doesn't show is how much of a massively surreal mind-fudge Vanilla Sky actually is. 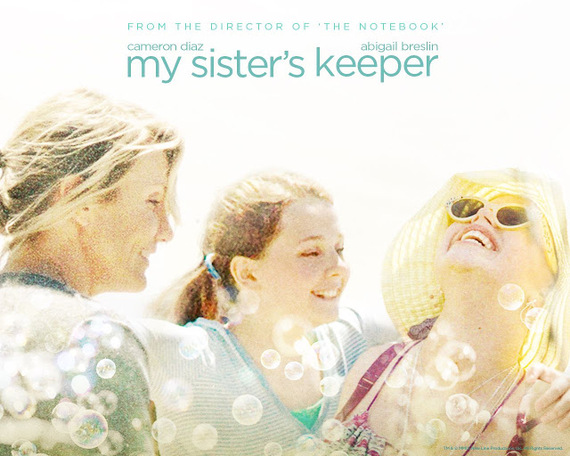 This poster really plays up the hugs and laughter and bubble-blowing, while kind of, you know, downplaying the 'acute promyelocytic leukemia' stuff. As well as the "hey cute little kid, we only gave birth to you to keep your sick sister alive" stuff. Followed by the "oh, and now we're going to harvest your organs against your will" stuff. But hey -- sweet poster! 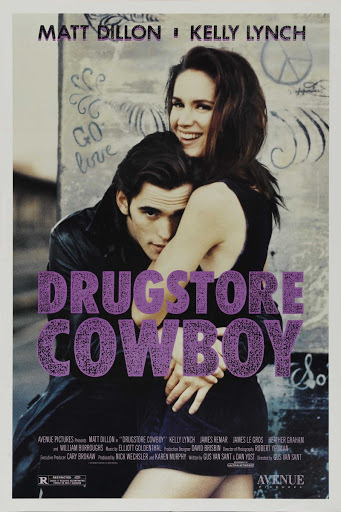 This must be the perfect date movie. Look at these cute gen-Xers! We're guessing sweet-as-pie Kelly Lynch works part-time at a drugstore, while cheeky Matt Dillon's been spending his summer as a cowboy, wrangling up horses on his uncle's farm. Even the graffiti is adorable! Wait, what's that? The film's about hardcore drug addicts robbing pharmacies and hospitals to fuel their crippling addictions? Umm... Yay? 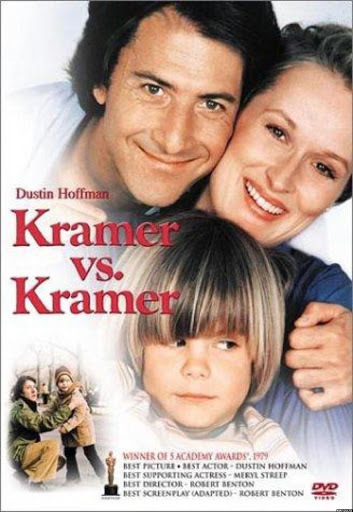 What a picture-perfect American family. Mom, pop and tow-headed kid. What's this 'versus' business all about? Are they going head-to-head in an adorable game of backyard badminton? Hmm, not so much. More like they're engaging in a brutal divorce and custody battle involving skeezy high-paid lawyers and over-the-top character assassination.

The Pursuit of Happyness 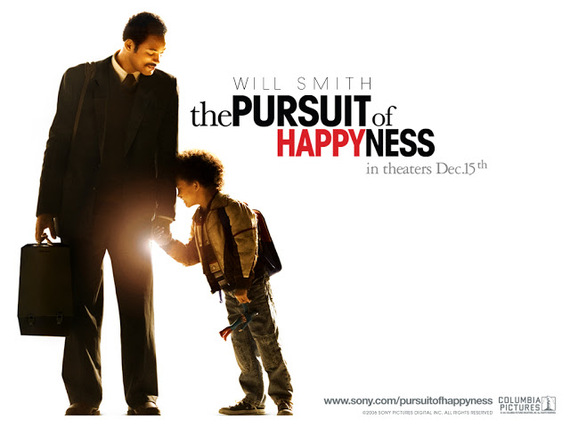 Will Smith is a businessman. And Jaden Smith is his kid. And look at all the happyness (sic) they're pursuing in this charmingly backlit poster! They probably don't have to pursue it very long, given how content they alredy look. In fact, some would say Will looks a little too content for somebody who loses his wife, his house and all his money, plus ends up living on the streets. So uh, yeah.

The Secret of NIMH 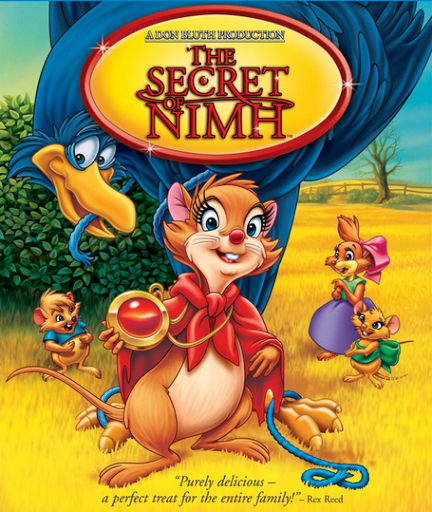 Make no mistake: this is a fantastic, amazing film. An underrated cinematic classic, even. And the poster has Rex Reed calling it "a perfect treat for the entire family!" With all those adorably happy woodland creatures, how could it not be kid friendly? Here's the thing: Rex Reed is a crazy man. NIMH is a dark, death-fuelled tale of rats being subjected to horrible lab tests by the National Institute of Mental Health. But you obviously pieced this together from the poster, right? Right? 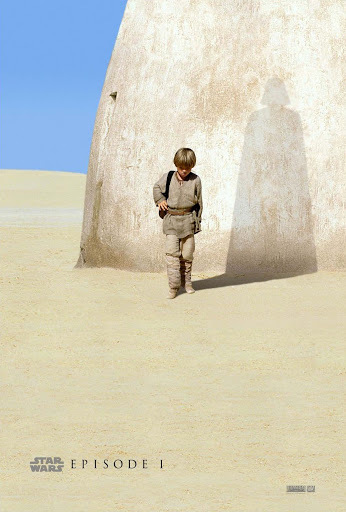 Okay, I said ten examples, but here's a bonus one for all the Star Wars fans / detractors out there. This is possibly the coolest poster ever for a terrible film: it's equal parts sombre, powerful, and ominous. Brilliant. Ah, but it was little more than a huge misdirect. You see, the poster would have us believe Star Wars: Episode I (even the lousy name The Phantom Menace was absent) is a simple, character-driven story with some serious restraint re: eye-straining CGI and cartoonish over-the-top awfulness. Alas, it wasn't to be. At all. Et tu, Jar Jar?