If you ask a Sikh about their religion, the first thing you will hear is belief in the Oneness of God. The second is that Sikh men wear turbans to cover their long hair, an article of faith which tragically became a target after 9/11 (See, I just did it). But if you linger a minute longer, you will hear us beam about the equality of women in our faith. Unlike in most other religions, our scriptures are explicit about women as equal in the eyes of God.

What if you asked for names of famous Sikh women? You will hear a short pause. Then, a slight effort in concentration, before: Ah ha! There's Mata Tripta, the mother of the first Guru! And Mata Nanki, the sister of the first Guru! And Mata Khivi, wasn't she the second Guru's wife? You will hear an earful of mothers, sisters, and wives of the Ten Gurus, or teachers of the Sikh faith in the 15th and 16th centuries. As the list ends there, you may begin to sense there is something amiss.

It's time to confront the gap between our ideals and how we live them.

Sikhs Americans like me talk a great deal about women's equality, but we are steeped in an old patriarchal culture that makes us complicit in the erasure of women, past and present. Even the few famous women in our history are defined in relation to their men. Their full contributions as thinkers, poets and warriors unto themselves are eclipsed by the men they supported. The real life consequence? Sikh girls today are told they're fully equal, and yet many are expected to carry out traditional gender roles -- with few role models to suggest otherwise.

We would never tell you this, of course. You can't blame us. There are so few of us, it's hard to air our community's problems -- especially after 9/11, when explaining that "Sikhism" is a religion in the first place became a matter of daily survival. In fact, as a third-generation Sikh American activist, it took me nearly a decade after 9/11 even to begin talking about women again. After the terrorist attacks, we women tacitly agreed to put our issues on hold. We needed to protect our men first -- our brothers and husbands and sons whose turbans and dark skin marked them as primary targets for hate in the years after 9/11.

This was a mistake. As we waited (and are still waiting) for the discrimination to pass over us, some of the cultural dysfunctions in our community worsened. Women are girls are always the first casualties within minority communities under siege. That is no different in ours. Just as in most patriarchal traditions around the world, the bodies of women have been considered vessels of honor in Punjabi culture. When riots and massacre swept Punjab during the 1947 Partition of India, some Sikh men poisoned their daughters before letting them fall into the hands of Muslim rioters. Today in America, while many Sikh families champion education and freedom for sons and daughters alike, others have tightened control over women and girls in the 9/11 decade. In the worst anecdotes, domestic violence is an outlet for men who bear racism on the street, intermarriage an act of betrayal, and honor killings an actual threat.

But there's another story too. The call for liberation pulses through the Sikh tradition: it's in our scriptures and songs and stories. Hearing the call, a new generation of Sikh women has emerged as lawyers, artists, entrepreneurs, doctors, filmmakers and more. They have found brave new ways to defend their communities while offering their own unique voices to public discourse. I am proud to call them my contemporaries -- they are sources of inspiration, wisdom and leadership in their communities who deserve to be known.

My hope is that the next time you ask a Sikh on the street about their religion, they will be able to name all these women. And you will already know their names.

PHOTO GALLERY
10 Sikh Women You Should Know
Download
Calling all HuffPost superfans!
Sign up for membership to become a founding member and help shape HuffPost's next chapter
Join HuffPost 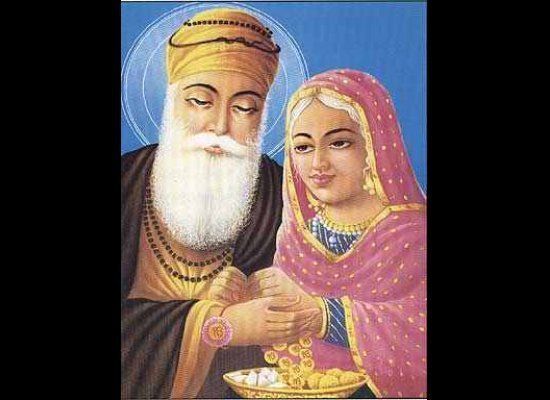 1 / 10
Mata Nanaki (1464-1518)
The First Sikh Born in Chahal village (now Lahore, Pakistan), Mata Nanaki loved and nurtured her younger brother Nanak. In 1469, Nanak experienced a divine vision as a young man and became the first Guru or "teacher" of what is now the Sikh faith. Mata Nanaki was the first to follow him and should be celebrated as the first Sikh, which literally means "disciple" or "seeker of truth."