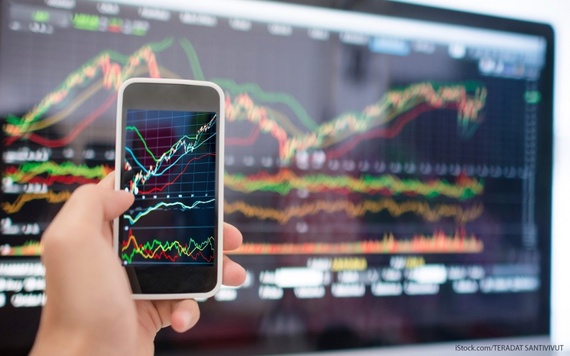 There are close to 3,000 companies on the world's largest stock exchange, the New York Stock Exchange. So when you're looking to invest in a reliable company, it can be difficult to find the best stocks.

Generally, investors looking for a solid performer want a stock that hasn't dropped in the past five years, or has at least remained steady. Famous investors like Warren Buffett like Coca-Cola for this reason.

For the most part, these types of stocks are household names, such as Clorox, but there are other golden nuggets to be unearthed. Here are 10 stocks that haven't dropped in five years.

Alphabet continues to be one of the top growing stocks. Alphabet is an American-based global technology company that focuses on internet products and services. Brands include YouTube, Cloud and Google Play. Founded in 1998 and headquartered in Mountain View, Calif., it was previously named Google, Inc., but the company changed its name in August 2015 after some restructuring.

Over the next few years, it's one of the stocks to buy because internet advertising is still in its early stages. A large part of Google's revenue comes from ads, so as more money is spent on ads, Alphabet will profit, according to a recent report by Morningstar investment research and management firm.

Balchem Corporation is a specialty chemical company that produces food-grade chemicals for three uses: ingredients for processed foods, nutritional additives for animal feed and various preservatives. The company was founded in 1967, with headquarters in New Hampton, N.Y.

"Balchem Corporation has performed well because they are boring. Sometimes boring is best, and Balchem is the best type of boring," said Ryder Taff, portfolio manager with New Perspectives, Inc. Balchem makes critical ingredients that not many other companies make, he said. It supplies manufacturers, not the end consumer, which keeps its growth simple and steady. For example, it manufactures choline chloride, a nutrient that is essential for poultry and swine production animals.

"They have a small dividend that they have consistently raised for the past five years," he said. He expects the steady growth to continue because the company operates in a necessary and specialized segment that is in demand.

"Healthcare giant Johnson & Johnson is often referred to as a ruler stock," said Robert R. Johnson, president and CEO of The American College of Financial Services. Dividends and earnings grow so predictably that you could put a ruler on the page and graph the growth.

Johnson & Johnson was founded in 1886 in New Brunswick, N.J., by brothers Robert Wood Johnson, James Wood Johnson and Edward Mead Johnson. Today, it's a global health care product and pharmaceutical giant that had $70.1 billion in revenue in 2015. It has approximately 126,500 employees at 265 operating companies in 60 countries. It is constantly innovating, and maintains 24 brands that generate over $1 billion in sales apiece, such as Tylenol and Listerine.

The Coca-Cola Company was founded in 1886 by Asa Candler. Now, the Atlanta-based company is the world's largest beverage company. "The iconic beverage firm Coca-Cola is one of Warren Buffett's favorite holdings, and one of the world's most valuable brands," said Johnson.

It sells its products in over 200 countries worldwide, and made over $44 billion in revenue in 2015. It maintains over 500 beverage brands, which include Sprite, Fanta and Dasani. Even as soda has become less popular in parts of the world due to health concerns, Coca-cola has plenty of options, like Fuze tea, which recently surpassed the $1 billion sales mark. Non-soda drinks make up for 26 percent of sales.

It's one of the top stocks because it has a diversified product portfolio. "A strong balance sheet with a large hoard of cash, a current dividend yield of around 3 percent and strong future earnings growth," said Johnson. He doesn't expect growth to slow down anytime soon.

Seattle-based Starbucks Corporation was founded in 1985, and is a major retailer of coffee worldwide. Other than Starbucks, the corporation's brands include Teavana, Tazo and Seattles Best Coffee. The coffee giant operates in 66 countries around the globe, with more than 21,000 retail stores -- and shows no signs of slowing down. Starbucks pulled in over $19 billion of revenue in 2015.

Starbucks is innovating in a few areas, such as its Mobile Order & Pay app feature. Mobile transactions accounted for 20 percent of in-store transactions in the U.S by the summer of 2015.

Nestlé is the largest food and beverage conglomerate in the world, raking in $89 billion in revenue in 2015. It maintains over 2,000 brands, including KitKat, Stouffer's and Nescafé.

The Vevey, Switzerland-based company is focused on making itself a nutrition and wellness powerhouse, and has been selling off poor business performers such as Jenny Craig. Analysts say that the company is innovating at a more efficient rate than its peer group.

With the increased interest in social responsibility and steady growth over the past five years, Medina expects Nestlé to be a rising stock.

Clorox is a major global player in the household products arena. Its brands include Clorox Bleach, Pine-Sol and Brita Water Filters. It has 7,700 full-time employees and made $5.7 billion in revenue in its 2015 fiscal year.

The Oakland, Calif.-based company has performed well in recent years. More than 80 percent of Clorox's portfolio hold the top two spots in the grocery aisle.

"The brand equity inherent in its product lineup is further evidenced by the fact that since 2005, the firm has taken 66 price increases across its business, and 64 of those are still in place -- 97 percent success rate," according to Morningstar. The firm's analysts also like that Clorox is innovating with premium products like OdorShield, indicating that consumers are willing to pay up where they see added value.

Costco, founded in 1976 and headquartered in Issaquah, Wash., is the second-largest retailer in the world after Walmart. It's a membership-only warehouse club that sells a variety of merchandise, such as appliances, food and electronics. There are nearly 700 Costco warehouses globally, but the majority are in the U.S. In 2015, Costco's revenue was $116.2 billion.

Analysts call Costco the pioneer of the warehouse club retail model, and believe it is in good shape for a number of reasons. For one, their business model allows them to sell products at a wholesale price rather than a retail price. The low cost drives customer loyalty, according to Morningstar analysts.

Furthermore, in contrast to its peers, Costco has international operations that generate returns above its cost of capital. Looking forward, "The warehouse club concept has shown promise in the U.K., Taiwan, Korea and Australia, suggesting attractive global growth potential," according to Morningstar.

Founded by William Colgate in 1806, the Colgate-Palmolive Company is now a global giant with 37,900 full-time employees. It sells personal products, as well as home care products and pet nutrition. Its brands include Colgate, Palmolive and Speed Stick. Last year's revenue reached just over $16 billion.

Looking forward, the stock is expected to be one of the best because restructuring will likely drive close to $400 million in after-tax cost savings, according to Morningstar analysis.

O'Reilly Automotive is an automotive company that provides new and remanufactured car parts. The Springfield, Mo.-based company, founded in 1957, also performs general maintenance on cars and offers enhanced services that cover specific requests, such as hydraulic hoses. O'Reilly Automotive only operates in the U.S., and as of December 2015, the company had 4,571 stores in 44 states.

It's one of the rising stocks because it has focused on its core customers and expanded slowly but surely, by making moves like buying VIP Parts, Tires & Service's auto-parts-related assets in 2012. Zacks Equity Research analysts consider O'Reilly a growth stock -- a company stock that tends to increase in capital value rather than yield high income -- and these stocks are exciting because they have the potential to offer large gains.

Analysts expect the stock to continue to perform well. Its expected revenue is $9 billion for December 2017 -- up from its $8.5 billion revenue estimate for 2016.

This article, 10 Stocks That Haven't Dropped in 5 Years, originally appeared on GOBankingRates.com.