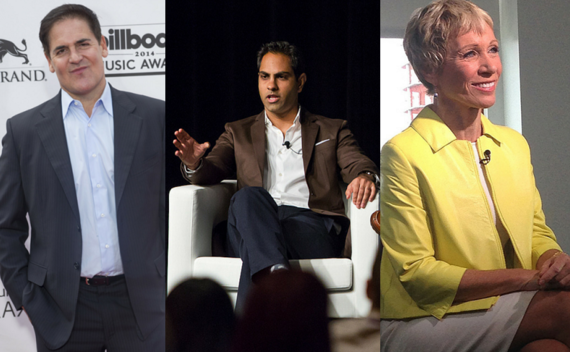 Entrepreneurs are never at a loss for unsolicited advice from others who have "been there and done that." But sometimes, it's hard for new business owners to decipher which nuggets of wisdom are helpful and which will actually do harm.

As a new entrepreneur, you will undoubtedly make wrong turns when you start your own business, but it's better to own your mistakes instead of following bad advice that leads you down the wrong path. In order to help you determine what to avoid, here is a list of some of the worst advice successful entrepreneurs -- such as Warren Buffett and Mark Cuban -- have ever received.

For her book "Tap Dancing to Wok: Warren Buffett on Practically Everything, 1966-2011," author Carol Loomis asked Buffett, "What was the best advice you ever received?"

Loomis told ABC News, "I was genuinely surprised when all [Buffett] wanted to talk about was the worst advice."

According to her, Buffett's father and his mentor, Benjamin Graham, told Buffett when he was 21 that he shouldn't go into the securities business. Why? Because it was bad timing. Buffett told Loomis, "Maybe their advice was their polite way of saying that before I started selling stocks, I needed to mature a little, or I wasn't going to be successful."

But as we've seen, the investor ignored that piece of advice and went on to become an extremely successful investor with a net worth of $67.4 billion.

Elisa Jagerson, CEO at Speck Design, told Fast Company the worst advice she ever received was to "quash the doubting inner voices completely. Your personal pep talks shouldn't turn into delusions of perfectionist grandeur, but rather, tempered with humility."

Your inner doubts can be paralyzing, but they can also guide you to areas where you need to improve. Don't just shut them out; listen to them.

An insult from a former boyfriend and business partner ended up being Barbara Corcoran's worst and best piece of business advice. The businesswoman and "Shark" on ABC's "Shark Tank" told Business Insider, "The best advice was the worst advice. It was from my boyfriend and partner in my first business when he told me I would never succeed without him."

She added, "But thank God he insulted me because I would not have built a big business without that. It kept me trying everything because I couldn't give him the satisfaction of seeing me fail."

Wayne Rivers, co-founder and president of the Family Business Institute, told The Wall Street Journal the worst business advice he ever received was to "work harder and longer than any of your employees. If they don't see you working hard, they won't work hard either and they won't respect you."

He added, "This is a powerful and pervasive myth. The idea that a 100-hour work week is the only way to earn respect and be productive is simply ridiculous!"

Rivers said entrepreneurs should focus on results rather than time, and that hours working on tasks that someone else can do takes away from your family, health and mental well-being. Working extreme hours also leaves less time for planning, dreaming, meeting and developing employees -- something every business needs to thrive.

In an interview with ABC News' Rebecca Jarvis last year, Mark Cuban answered multiple rapid-fire questions. When asked about the worst piece of advice he ever received, Cuban answered, "Follow your passions. Instead, you should follow your effort."

Sometimes, it's hard -- or impossible -- to find a career that falls in line with your passion. If your passion doesn't help you earning a living, you should find something you're good at, work hard at it and embark on that career path.

Technically, he's not an entrepreneur, but best-selling author Malcolm Gladwell is regarded as one of the best entrepreneurial writers out there. When he was just starting out, he would pass ideas through a friend. He told Business Insider, "When I proposed an idea, she would say, 'It's been done.'" That was the worst advice he'd ever received.

"There are 100 articles written on the same topic every day," said Gladwell. "The world can happily accept more than one approach. It's all about the execution."

7. Danielle LaPorte: "Just do one big thing at a time."

This best-selling author, motivational speaker and entrepreneur is brutally honest about some of the terrible business advice she's received over the years. In a blog post, Danielle LaPorte listed some of the worst advice she ever received, including, "Just do one big thing at a time."

She wrote, "When it comes to actually time management I'm a big fan of focus ... But in terms of overall development strategy and creativity, the singular focus route has never worked for me." The more irons she has in the creative fire, "the fire just gets higher."

So, work on projects that feed different parts of your brain to keep the fire going.

8. Ramit Sethi: "The No. 1 thing you need for a job search is business cards."

Personal finance advice and entrepreneur, Ramit Sethi, actually has an entire blog post dedicated to some of the worst career advice he's read -- this one takes the cake.

Sethi sarcastically explains that whether you are starting your own business or pursuing employment elsewhere, your network and professional skills are your most valuable tools. Things like business cards really won't make or break your chance at success.

Jenny Shih, entrepreneur and business coach, wrote that one of the most common pieces of bad advice she heard during her early days as a life coach was, "If it doesn't feel good, don't do it." The intention behind this piece of advice is probably good, but it's actually terrible advice for entrepreneurs.

There's a lot about being an entrepreneur that probably won't feel good, like writing a business plan or finding employees. Most new things are hard when you are first starting out, but it gets easier with time.

Many experts say if you do what you love the money will follow, but entrepreneur Penelope Trunk disagrees. She wrote, "It's preposterous that we need to get paid to do what we love because we do that stuff anyway ... None of us loves just one thing."

If you are looking to make money doing something you love, you might be looking for a long time -- or forever. Ignore the pressure to find the perfect career fit and, as Penelope wrote, "Do not what you love; do what you are." A job based off your personal strengths, not just what you love, can make for a rewarding career.

Keep reading: Beyoncé to Bill Gates: 24 Millionaires Reveal the Hardest Thing About Being an Entrepreneur

This article originally appeared on GOBankingRates.com: 10 Successful Entrepreneurs on the Worst Advice They Ever Received