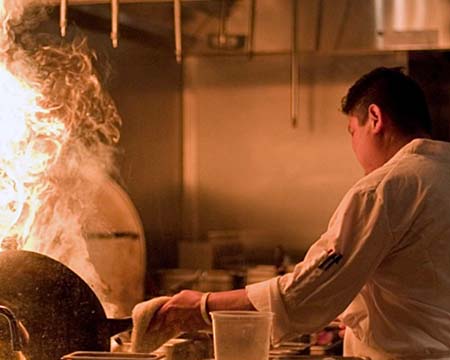 So you want to be a chef. Great -- so does everyone else who's watched a little too much Top Chef, Chopped, or Iron Chef. Especially after another dreary day spent in front of Excel at the office. And let's get real -- it's hard to deny the sex appeal. Big, sharp knives, flames, creativity and passion -- chefs are the new rock stars. But what aren't they telling you on those slick tours with shiny kitchens or in those fancy brochures that make it seem like a dream come true? Here's a perspective from the trenches you'll want to consider carefully before you give the finger to the boss and put on your whites and toque. (Photo courtesy of flickr/techne)

Related: 10 Common Kitchen Mistakes and How to Fix Them 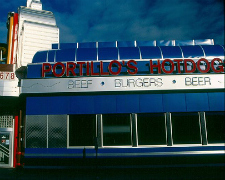 1. Working in a Restaurant

Cooking at home is a chore for some people, and for others, it's a way to unwind for a couple of hours, especially if you've been sitting all day with little physical activity to break the monotony. Chances are, if you're thinking about going to culinary school, you're part of the latter group. You can't stop daydreaming about idyllic farmers' markets while stuck in your cubicle and the smell of basil gets you excited. Really excited. That's great. (Photo courtesy of flickr/architekt2)

But allow me to make a suggestion: If you've never worked in a restaurant, try it before you apply to culinary school. It's not as hard as you'd think to get a part-time entry-level job as a prep cook at a small neighborhood joint or even a large chain. It's normal for restaurants to have high turnover, so the good news is, you should be able to land something in no time, as long as you're not picky.

You'll learn things about working in a restaurant that will remain just as much a part of reality when you make it big in some Michelin-starred joint. You'll get to experience the typical, 12-hour shift; the heat of the kitchen on a sweltering summer day; the sheer physical nature of carrying heavy pots filled with gallons of hot soup, used cooking oil, or boiling hot water; taking things in and out of ovens using only flimsy side towels (no floral-printed oven mittens here); cutting or burning yourself on a regular basis; the power of the professional stove (low heat feels like maximum on a lousy home stove); and simply standing all day. If it gets busy enough, you might not even have time to eat, ironically.

After all this, reflect upon whether you feel like you'd make a better customer than a cook. You may realize you like eating at restaurants more than you like cooking in them.

2. Not Every Chef Went to Culinary School

If you took my advice and schlepped your way through the bottom ranks at some diner, and you still want to go to culinary school, congratulations. You made it. But what you'll probably find at the end of school is that you learned more useful things in the two months that you were working at that place than in six months at culinary school. And for that reason, you'll understand why there are some chefs out there who never bothered -- they're perfectly successful without having gone. Experience filled in most of the blanks for them, but they were willing to start off as dishwashers. 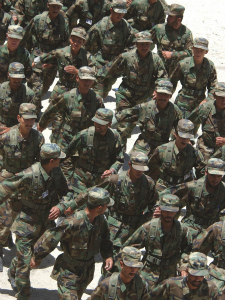 3. The Reality of Working for a Chef

The truth is, traits that would render someone unemployable in other industries are generally considered pluses in the restaurant world. Joining a kitchen is a lot like joining the military (only, theoretically, the food is better). Chefs tend to see things in black and white, dislike long explanations (whether they are correct or not), and are sometimes confrontational, aggressive, and controlling. They expect people to read their minds, and whether you realize it or not, no matter what else they're doing, they're always watching you out of the corner of their eye. You won't notice though, until something goes wrong. And if something does go wrong, punishment comes swiftly and usually involves some combination of humiliation, verbal abuse, and the assignment of a menial task such as crushing 60 heads of garlic. (Photo courtesy of flickr/US Army Korea - IMCOM)

This is the sort of environment that makes it especially difficult for office people to make the transition because it's the complete opposite of what they know. But these things shouldn't come as a surprise -- it's understandable that the relentless competition, low pay, long hours, and hectic pace would wear on even the hardiest personalities. It's only human to vent one's frustrations. And the nature of the restaurant business requires speed. Which brings me to my next point. 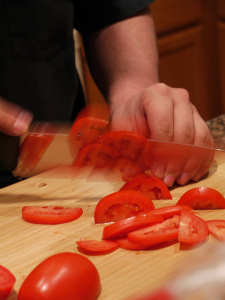 It all boils down to speed. How quickly can you clean 10 pounds of squid, supreme 14 grapefruits, and reduce five pounds of fennel to itty-bitty, perfectly cut two-millimeter cubes? If your answer is, "by tomorrow," forget it. They'll find someone else who's faster. If you're at all the sensitive, reflective type, don't bother applying. Get out. If you're reasonable and logical, also look elsewhere. Impulsive, hasty, and egotistical move to the front of the line. (Photo courtesy of flickr/sally_monster)

Starting pay in a major metropolitan area is generally between $9 and $12 per hour. Assuming you didn't take out a loan, or have an interest-free loan, how long would it take to make your tuition for culinary school back? Assuming it was roughly $40,000 for six months, and you were working 12-hour shifts, it would take at least four to five years, allowing for very modest living expenses of about $20,000 per year. If you're lucky, you'll get time-and-a-half for anything over 40 hours a week. If not, well, you'll work more than 40 hours a week anyway.

There isn't much of one in most cases. It's rare to get two consecutive days off in a row, and you can definitely forget about weekends -- most restaurants get most of their customers at busy dinner services, where complete dining room turnover can range anywhere from three to nine times in one night depending on the nature of the establishment.

Most sane people develop some sort of escape plan as they advance in their career -- a golden parachute if you will. Some chefs choose to teach, allowing them to maintain a more family-friendly nine-to-five schedule. Others choose to go into corporate dining, where weekends off are a norm, benefits are provided (even a 401(k) if lucky), and hours are shorter. And some chefs try to get their books published. 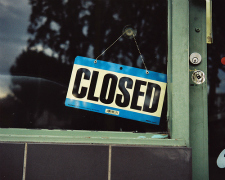 7. Difficulty of the Restaurant Business

If you're in this to get rich and famous, or even just to get on TV, you're probably in it for the wrong reasons. If, however, you're in it because you like food, and perhaps would like to open your own restaurant someday, then I'm sorry. Because the reality is, this is a business. While the 9-out-of-10 first-year failure rate has been debunked, the 25 percent failure rate that has taken its place should still raise some hairs. And in three years, that rate shoots up to 60 percent. While that's about the same rate that businesses in other industries go south, it's still important to realize that things will go wrong that are "special" to the restaurant business. (Photo courtesy of flickr/jojomelons)

It may seem unthinkable at this point, but not everyone who goes to culinary school wants to become a bona fide chef. A culinary degree opens up possibilities in industries in which it may otherwise be difficult to gain a foothold. What sort of alternatives are out there?

Catering is popular among graduates, as is food writing, should you decide to steer clear of professional restaurant kitchens. Some related alternatives are becoming a personal chef, food stylist, or recipe tester.

Certain career paths are definitely more difficult to succeed in than others -- being a personal chef, for instance, is a lot like being a freelance writer -- your income will definitely fluctuate from one week to the next, and networking is crucial.

But whatever you decide to do in the food world afterwards, having a culinary degree shows potential employers that you have a passion for food, and a background knowledge greater than that of most home cooks; believe it or not, that counts for a lot. 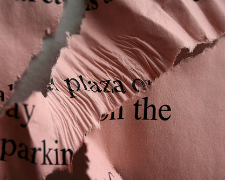 There's an inherent flaw in the way curricula are designed at most culinary schools today: It's a one-size-fits-all approach. Thus, in a typical class, you'll find everyone from experienced home cooks to 19-year-old whiz kids who started off working in French restaurants when they were 14.

Also, while an accelerated program may appeal to career changers, know this: It's normal to spend only one day on each topic. So if you don't get it the first time around -- tough luck. You'll need to practice on your own at home to keep up. And forget about missing class. (Photo courtesy of flickr/nachisimo)

Anthony Bourdain's said it a million times over in one form or another, but to summarize, this industry is a magnet for crazy people. It's a crazy industry. It's not just the cooks, either.

Hang around a restaurant, gastropub, bar, and every type of establishment longer than a typical customer would (say, for example, 12 hours a day, five days a week) and you'll start to notice that human beings are really, shall we say, odd creatures, each with their own peccadillos. 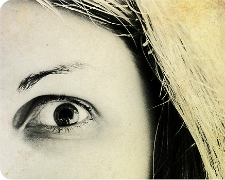 For example, there was once a man who ordered a burger at a bar, and who suddenly ran off to the restroom. Did he make it? Not quite. Did he go home? Not quite. He proceeded to have a seat back at the bar and eat his burger as if nothing had happened. "I would have gone home and burned my pants," said one of the cooks working there. (Photo courtesy of flickr/Ani-Bee)

If however, witnessing such appalling acts on a regular basis is your cup of tea, then more power to you.

I'm sure there will be plenty of admissions representatives out there who, upon reading this article, will potentially drop the gorgonzola-stuffed turkey sandwich they're eating into their lap. But there are probably more chef-instructors out there who will appreciate this black and white perspective. Because there's nothing more frustrating to them than trying to teach the home cook who's lost their way and somehow ended up in a professional kitchen. For them, there isn't much recourse, because ultimately, the students are paying customers. So there's nothing they would like more than to have a class of crazy, hardcore, talented pirates, and in their version of a perfect world, everyone would be able to quarter a chicken or fillet a fish flawlessly on their first try. For the rest of us, there's this consolation: You could already be the boss of your own kitchen. The one at home.

- Will Budiaman, The Daily Meal

More from The Daily Meal:
Healthy Meals in 30 Minutes or Less
The 12 Days of Pumpkin
Dinner for Two Under $10
Tips for Making the Perfect Mac 'n' Cheese
7 Fall Salad Ideas