I'll admit it. Now that I have kids and am knee-deep in parenting, I forget that not everybody cares about my kids as much as I do. Not everybody wants kids, and that is a perfectly valid decision. For those of us who have forgotten how the other side lives, childfree Redditors have some important insight to share.

First, it helps to know that there is a distinction between childless and childfree. A childless couple may plan for kids in the future or struggle to conceive. According to the childfree sub-Reddit, "'Childfree' refers to those who do not have, and do not ever want, children (whether biological or adopted)."

The childfree sub-Reddit is one that every parent should read. Even if you already have kids, a childfree point of view can provide an outside perspective on parenting and keep you sensitive to your single friends.

More from SheKnows: No child-free woman wants to hear this question, ever

Here are the top 10 takeaways from the childfree community:

1. Adult time is for adults

Harsh but true. One childfree Redditor explains why most people don't appreciate parents bringing their kids out at 10 p.m., "Went to a very obviously adult event at a bowling alley, crappy family comes in with sick kids, kids are obnoxious, mom tries to force feed her baby birds chicken soup... Ended up leaving and forfeiting the rest of our games we had paid for just because that family was so out of control."

2. Childfree is a conscious choice

Some smart, self-aware adults know from a young age that they never want kids, "As a little girl, I never played with baby dolls or played 'Mommy.' I always played with stuffed animals instead. When I was about 10, I told my parents that I never wanted kids, just dogs and horses. They laughed and told me, 'That will change!' Eleven years later, and nothing has changed."

Childfree people have feelings and reproductive organs too. One Reddit thread reveals that infertility is still a struggle, even for the childfree, "I likely wouldn't have been able to have children without medical intervention, and I've never wanted them anyway. Still, the discovery of my infertility was something I had to come to terms with. My initial reaction was elation, but there was a time when I went through a mourning phase of sorts. I felt miffed that my body formed in such a way that it denied me the choice."

4. Fear of pregnancy is a real thing

Some women choose to never have kids because the thought of being pregnant is unbearable, "I have a horrible fear of getting pregnant. It's getting so bad that I don't even feel secure while having sex with my boyfriend."

Every couple has been down this road before, but for the childfree, the "give me grandchildren" guilt is constant: "I have some in laws who think that having children is the best thing ever and don't understand why we'd be [childfree]. They have a daughter who is currently pregnant and plans on giving them plenty of grandkids. My husband has told his mother and father that we plan on being [childfree] and to please to not ask us about it. They usually don't ask when we're together, but alone his mother always tries to change my mind."

More from SheKnows: Trying to conceive: When enough is enough

6. Mommy-jacking is never a good look 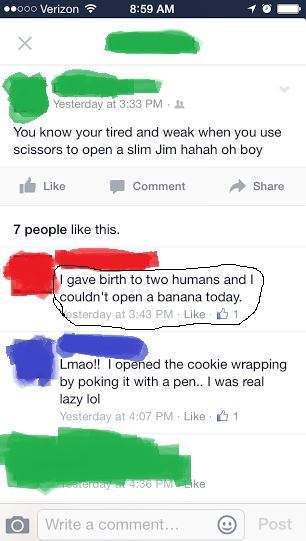 7. No one should ever have kids before they're ready

If it's one thing the childfree have, it's self-awareness. Some people recognize that they may never be able to care for a child, and that is brutal honesty we can all respect. Here's a perfect example, "It's not just about having zero parental instinct. It's about finding nothing cute. The stress of any sort of burden is enough to give me chest pains. Human beings are nothing more than inconvenience to me. Even having pets... Or even plants, would be too much. I don't want other things to have to rely on me. I don't want other people out there suffering because of my negligence."

8. Sometimes it's hard to stand alone in a crowd

It's never easy to make such a bold and potentially unpopular life choice -- like choosing not to have kids. One childfree Redditor explains beautifully, "It's extremely challenging to be different. It requires that one be able to take verbal confrontations or abuse (sometimes physical abuse even). It's not limited to being childfree: renouncing religion, identifying as LGBT, choosing an education/career path, being goth/metal/punk. All of these things can result in shaming, ridicule, and ostracizing (occasionally injury or death even) by family, peers, or the entire community."

9. Well-meaning comments can be insensitive

This childfree Redditor's story shows how important it is to tread lightly and consider that not everyone may want the same life you do. After a bar regular joked with the OP about an accidental pregnancy, she was brave enough to say, "'I know you're just joking and don't mean to be rude, but I don't think you understand how horribly offensive that is to say to me. It's literally my worst nightmare.' Kelly's eyes got super wide, and she started profusely apologizing. Apparently, she didn't even consider the fact that her saying that could actually really hurt."

More from SheKnows: Child-free by choice: Real women who say no to kids

10. Work/life balance is hard for everyone

For every parent who tries to juggle and make ends meet, just know that your childfree coworkers are right there with you. One Redditor describes infuriating preferential treatment toward parents in her workplace: "I have done freelance video editing work for the last 10 years. This year, I noticed a decline in jobs from one of my best clients and asked the video-person-in-charge about it. It seems that one of the other employees (who does freelance camerawork for them and already has work) has been given some of my edits. The reasoning? "He has a child to care for and needs more money." I need that money just as much as he does -- I have a mortgage, a husband, and a business to run, my needs are just as valid as his."

PHOTO GALLERY
12 Banned Books Every Woman Should Read
Download
Calling all HuffPost superfans!
Sign up for membership to become a founding member and help shape HuffPost's next chapter
Join HuffPost 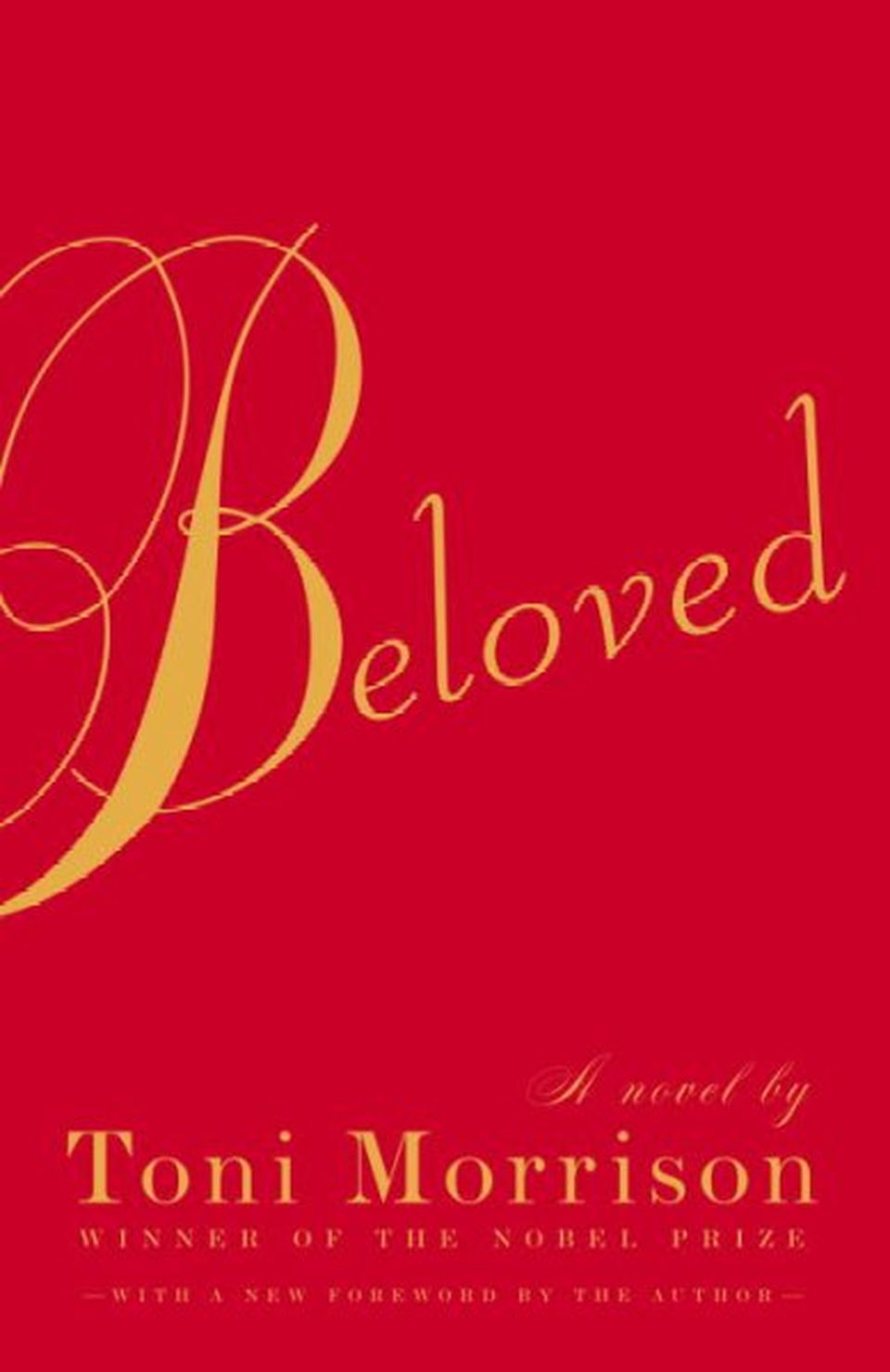 1 / 12
<em>Beloved</em> -- Toni Morrison, 1987
This 1987 novel won the <a href="http://www.uua.org/giving/awardsscholarships/melcher/" target="_blank">Frederic G. Melcher Book Award</a> and the <a href="http://www.nytimes.com/1988/04/01/nyregion/toni-morrison-s-novel-beloved-wins-the-pulitzer-prize-in-fiction.html" target="_blank">Pulitzer Prize</a> for its stunning narrative of a mother haunted by her young child's death. It also contains violence, sexual content and discussions of bestiality. As recently as 2013, parents have tried to remove <em>Beloved</em> <a href="http://www.washingtonpost.com/local/education/fairfax-county-parent-wants-beloved-banned-from-school-system/2013/02/07/99521330-6bd1-11e2-ada0-5ca5fa7ebe79_story.html" target="_blank">from high school reading lists</a>.