At this moment in history I feel a need to take inventory and separate out what I KNOW from what I believe.

Here are 10 things that I KNOW:

1. I KNOW that the Earth isn't flat - We don't live in the two dimensional world depicted on maps. We live in a beautiful, iridescent, interconnected and interdependent biosphere teeming with life. 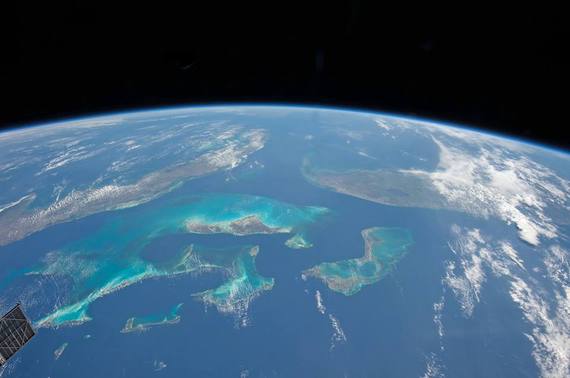 2. I KNOW that we are stronger together - Our nation's greatest accomplishments have all come from us banding together and rallying behind a common cause. The biggest problems facing our country and our world will only be solved when we figure out how to set aside our differences and work together.

3. I KNOW that fear is one of the most destructive and divisive forces on our planet - Fear is a natural response to a real threat but beyond its evolutionary importance it can also be counterproductive to long-term peace and security if we allow it to divide us.

4. I KNOW that Labels can be counterproductive to progress - The labels that we put on ourselves and others can box us in, they can erect walls and barriers to cooperation that separate people and groups that hold unique and often critical pieces of the puzzle. Failure to incorporate all the pieces of the puzzle prevents us from solving our biggest and most seemingly intractable problems. This is why I don't label myself. I am not a Democrat or Republican. If you feel you must label me, the most accurate would be, American Earthling.

5. I KNOW that empathy, understanding, reason and truth are keys to real progress.

6. I KNOW that Climate Change is Real - Human activity is contributing to an increase in planetary temperature with catastrophic implications if not mitigated.

7. I KNOW that in many cases people living in poverty are enterprising, resourceful, creative and hard-working but are being held down primarily by circumstances beyond their control. Changing those circumstances will not only help those impoverished but also, in the long-run, it will help all of us.

8. I KNOW that the political playing field is stacked against us - Corporations, special interest groups and those that can afford to buy political influence have entirely too much power in our nation. Special interests are normally narrow interests and do not take the long-term, overall well-being of our nation or our world into account.

9. I KNOW that the overall well-being of our nation is vastly more important than the increase of political power of any political party.

10. I KNOW that regardless of the outcome of this election, we need to band together as Americans to repair divisions, heal our nation and fix a broken political system.