I never thought that at 32 I would become a fan of a new sport... and a women's sport at that. Like most other Americans, I've been conditioned since birth to worship men's sports, which is why the NFL, MLB, and NBA do so well. Oh, sure, we have women's versions of those same sports, but society trains us that women's teams are somehow less worthy of our attention.

Society is a pack of idiots. And clearly, society hasn't plugged into the league of pure awesome known as roller derby. It's a women's sport, sure, but when I attended my first bout a few months ago I knew I'd found something that could take any men's sport out, kick it right in the nuts, and send it crying home to mama. 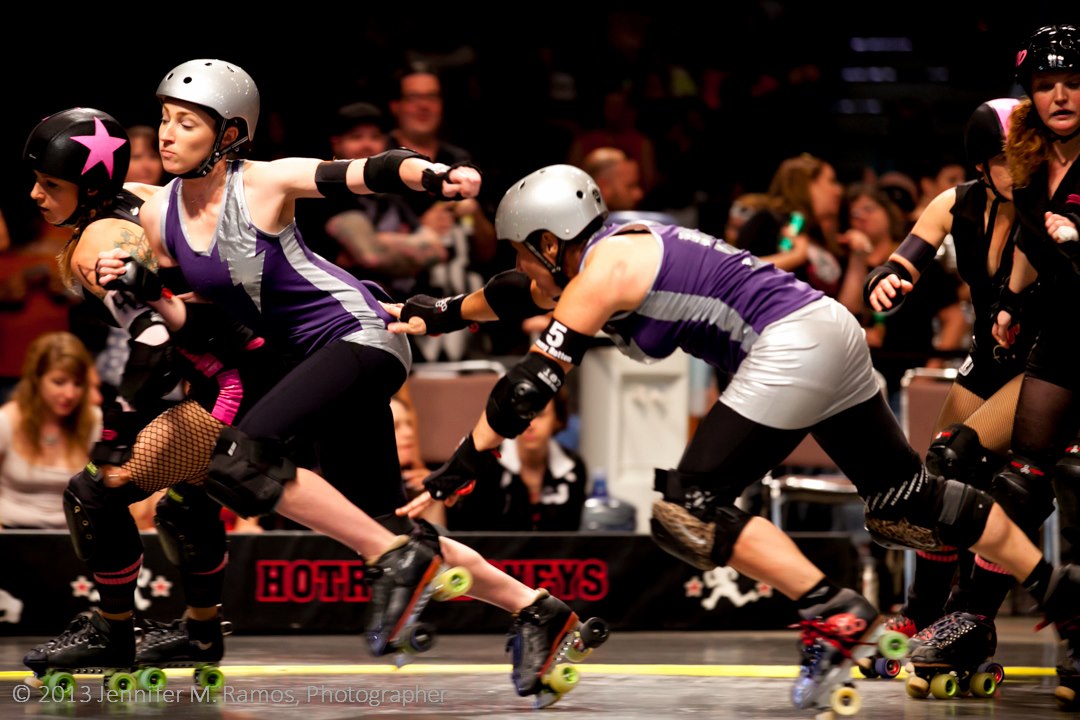 If you're not in the know, The Texas Rollergirls are celebrating their 10th season as a professional sport. And in honor of that, I want to share with you 10 things I've learned about the league.

1. This isn't pro wrestling. This is a real sport. Sure, they have fun names like "La Dolce Beatah" and "Shebola Virus," but that's really the extent of the pageantry. These girls play to win. Nothing in the Texas Rollergirls league is staged or corny. There aren't catchy promos from the girls or fake drama for the networks. Instead you see heated exchanges, thrown elbows, and actual emotion from wins and losses.

2. They are tougher than they look. Don't be fooled by a Rollergirl with a 5'2'' 115 pound-looking frame. She may look small and sweet, but she can probably kill you with her bare hands. This is where their "derby names" come in to play. These girls work out constantly and practice taking hits almost every day. A tiny girl with a name like "BigNasty" or "Notorious D.I.E." is just giving you fair warning of what she can actually do to you with her little finger the second you try to underestimate her.

3. They are that attractive. Yes, they can kill you and are tougher than nails, but a roller girl is just as hot as she is deadly. There's something about a strong, self-actualized athlete that's more attractive than your everyday run-of-the-mill girl. Also, they wear booty shorts.

4. They are serious. This sport is a high emotion, highly athletic competition. Many derby girls practice three to five times a week even though they only have one or two major bouts a month. Their "derby names" aren't just for fun. These are a mark of pride and what they call themselves in battle. If you think you're going to mock a derby girl's name to her face, please refer back to number two.

(Sidenote to both you and myself: Remember that even if a derby girl's name sounds cute, she's still vicious. Take the name "Killer Crouton," for instance. It has nothing to do with salad toppings you might choke on. Just stop reading it at "Killer," shut your mouth if you have nothing good to say, and move on.)

5. They started a revolution with a hobby. Exactly 10 years ago, a couple of friends got together in Texas and decided it was time to blow off some steam by basically starting a fight club on wheels. Since then hundreds of leagues have popped up around the world, turning thousands of women pro.

6. They sell out. I don't mean that like an indie band that went mainstream either... rollergirls sell out arenas. Almost every bout is packed to the rafters in the 3,000-seat Austin Convention Center. Not bad for starting something a decade ago "just for fun," right?

7. They're moms. There was no cooler scene than when I saw a child run up to his mom right after a bout. She may be "Sinnerfold" on the track, a wily skater who can take some pretty hard bumps, but at the end of the day, she's mom. 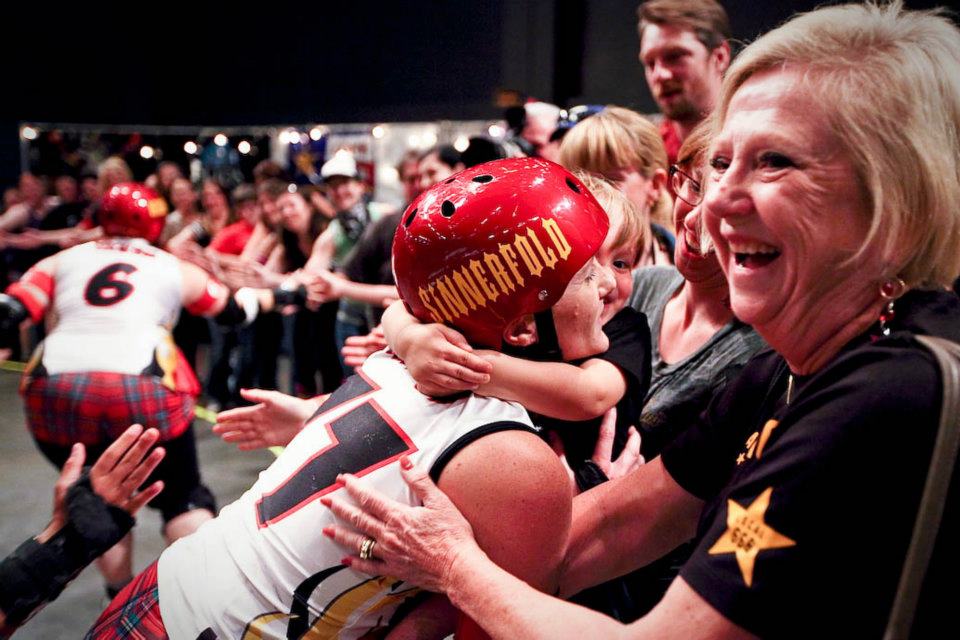 How cool is it to see your mom as a butt-kicking superhero? Conversely, how cool is it for those same moms to know their kids won't act up because they've seen her handle people three to five times their size on the track?

(Sidenote: When a player becomes pregnant, they jokingly go on the nine-month injury reserve list.)

8. They're role models. Not just to their children, but also to the adults in the audience... and it's evident when there are homemade signs and lines to take pictures with the athletes before and after games.

These women are sexy, smart, true to themselves, and powerful. If I ever have a daughter, I'd want her to be a fan of the rollergirls, if for no other reason than to learn how to beat up shady guys.

9. They help the community. Just like other "real" sports, the Texas Rollergirls help out local charities and causes they hold dear. Ironically enough, one of the charities they help is Meals on Wheels. They also help out many other charities, but I thought it would be fun to mention the one on wheels because of the whole roller skates thing... I'll stop.

If you want to see something awesome, go see the Texas Rollergirls in their next bout on April 13.