My daughter's 10th birthday is in a couple of months. As I write this, she is giggling in her room with two of her best friends.

Weekend sleepovers are a staple at our house. Pizza, movies and giggles.

Those giggles used to be about dolls, and now they're about boys. Wow. That happened fast.

And before it's all about boys, and I know that someday it will all be about boys, there are some things I want her to know...

Want more? Check out the four questions I ask my kid every day.

Jamie Harrington
Writer, Mom and All Around Awesome Person

The 101 Coolest Simple Science Experiments: Awesome Things To Do With Your Parents, Babysitters and Other Adults
by Holly Homer, Rachel Miller, Jamie Harrington 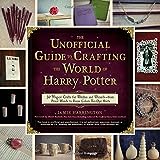 The Unofficial Guide to Crafting the World of Harry Potter: 30 Magical Crafts for Witches and Wizardsfrom Pencil Wands to House Colors Tie-Dye Shirts
by Jamie Harrington