Despite what some people may think, serving is not an easy job. I started serving in high school at a dining room in an assisted living community, then after high school at a breakfast joint. After three years, I decided to runaway from the restaurant biz and never look back. Don't get me wrong though, there are some really good things about being a waitress, but for me, the bad outweighed the good. Everyone's experiences are different, but for some who are thinking about applying for a serving position, I thought a little heads up on what goes down would help you out some. So here it goes. 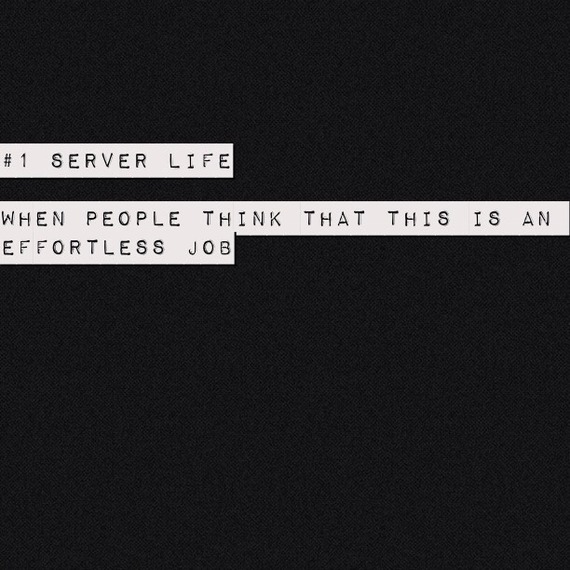 10 Things I Wish I'd Known Before Being a Waitress

1. Money is inconsistent. The bulk of the pay is from customers, so if there are no customers, guess who doesn't get paid? That'd be you. Your days can either be short and penniless or long and rewarding. Tipping makes a huge difference, especially for those who don't get paid minimum wage. Most servers get paid $2-$3 plus tips, however, in some states or some franchises they do get paid minimum wage PLUS tips, which is the greatest thing ever.

2. Appearance is everything. It seems shallow, but it's true. If you look like you just rolled out of bed and came to work, chances are your tips will be low. Turns out customers don't like it when raggedy Ann is their server. So just do yourself a favor and wake up earlier than you want too, brush your hair and put on a little make up, you know... just look decent.

3. People will do almost anything for free food. No seriously, it's kind of ridiculous. I once had a couple come in and send back their plates three times complaining without barely tasting the food, then at then end demand a free meal. Another time this woman put her own hair in her food (while another server was watching) then told me she should get it for free. It happens, so be prepared and try to keep your cool.

4. With a predominantly female staff there can be A LOT of drama. Look I don't know how it is at all restaurants, but from my own experience, it seemed like the drama was nonstop. If there's not drama going on in the FOH then there's drama going on in the BOH. And on weekends? Forget about it; everyone goes crazy.

5. Non-slip shoes are the best thing ever. I'm the clumsiest person in the world, so the fact that non-slip shoes are a thing just makes me happy. Before I bought a pair, I was wearing regular old tennis shoes and the BOH was like an ice skating rink to me.

6. You cannot have bad days -- or at least you can't show it. And try your hardest not to make some excuse to stay home. Do you wanna sleep and wallow or do you wanna pay your bills? Honestly no one really cares about what's going on with you, they just want you to pull your load so that everything runs smoothly and they can make their money. It's the same for your tables. They don't care about your bad day -- they're hungry, and if they feel like your bad attitude is being directed at them, then you lose money. Positive attitude = more money. 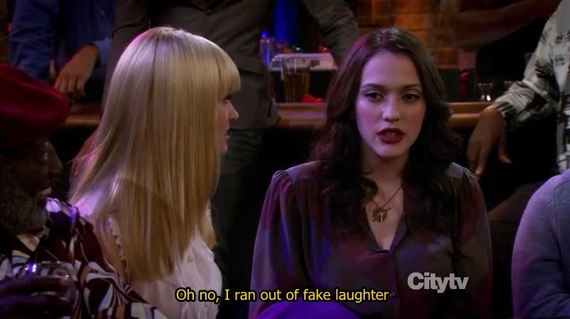 7. Just until I get back on my feet can quickly turn into 10 years. You probably want this job just to have some extra cash or maybe you got laid off and this was the fastest thing you can get. Whatever the case is, just be mindful. While it's not a bad job to have, if you don't wanna get stuck, keep pushing toward your career goals. It gets easy to get wrapped up in the fast money.

8. Regulars are the best. Seriously, they make all the nonsense worth it. You start to get to know each other and look forward to seeing them everyday. Plus, more often than not, they tip generously.

9. Pull your work load or get sent home. It's happened to me and plenty of others. If you can't handle your section, chances are someone else can and is ready to jump in. Also not doing side work causes a lot of arguments and passive aggression within the crew. Some managers will even cut your days if they feel like you aren't a team player.

10. Some people will look down on you because of your job. It sucks and it can be very frustrating. Some customers will think they're better than you because you're a waitress. There are some real assholes out there -- let me tell you. Even tho you wanna tell them to shove it, just make your time with them very minimal.