Average people have a habit of turning into wild soothsayers when they find out you're expecting. In my case, volumes of prognostications were given about what being a father would be like or how it might feel. Here are some things that no one prepared me for. If you've ever wondered what was happening in the hearts and minds of dads with daughters, consider this list a kind of soul peep show. 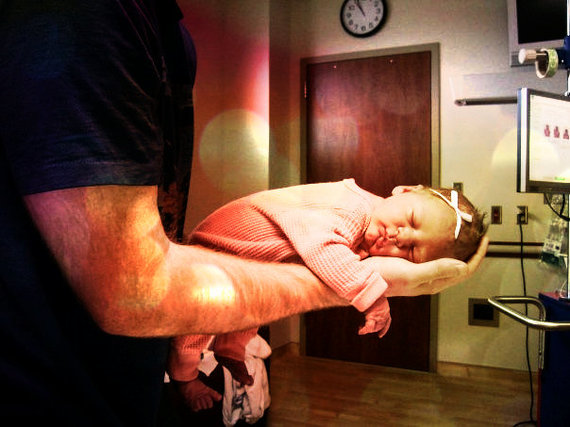 1. No one ever told me how soon she might pay attention to boys.
Like many of us, I pretty much bought into the social anthropology that sees boys as the romantic aggressors and girls as, at best, generously tolerant of their pursuits. This all changed one night at the gym, when my daughter Mary Grace tugged at my arm and earnestly pronounced, "Daddy, do you see that boy over there? I like that boy!" As we sipped our smoothies in the gym café, she continually turned around to see where he was and watched him intently. At one point, he even came over to the table. His name was Harrison, and to her credit he was polite, cheerful and well-spoken. He treated her kindly and with great respect. The one drawback to her first crush was that he was a 6'4, 19-year-old with surfer good looks and the physique of a linebacker. He was the café worker. And she was 3. Seriously.

2. No one ever told me how much more I could fall in love with my wife. Having a mini-version of Mary in the house cannot help but re-contextualize who she is to me. Many of the idiosyncrasies and dispositions that have tempted me to frustration over the years were suddenly recast in the person of our daughter, allowing me to see with new perspective and compassion some of her ways of being that seemed most alien to mine. To give an example: I never could understand the seemingly crushing disappointment that my wife experiences when plans fail. Even the most mundane engagements, extemporaneously altered, can greatly affect her mood. I once saw her have a complete breakdown in a cafeteria line as she watched the last carvings of "her" prime rib sandwich get distributed to the guest in front of her. Frighteningly, Mary Grace is exactly like this. But, since she is innocent, I am forced to compute her emotions using a more charitable calculus, and in doing so I find that it is a wild enthusiasm for living that lay at the heart of all these tiny tragedies. And, in turn, I come to see my wife. I used to think of those moments as childish; now I know they are beautifully childlike. There is a profound difference. I wish that I could go back and always love her as well as I do now. She deserves it. 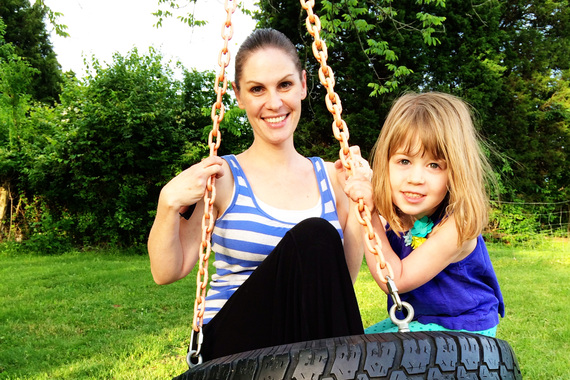 3. No one ever told me that all of my previous attempts to understand the female anatomy would be completely revolutionized by a single nasty diaper.
The resultant force of uncovering a tiny baby vagina that is smeared with poop is staggering. I have literally stood over my daughter with a baby wipe in one hand and a magnifying glass in the other, surgically removing flecks of feces from her hoo-hoo.

4. No one ever told me that having a daughter would automatically turn me into a feminist.

5. No one ever told me what waits for you on the flip side of all that tenderness.
It is very common for daddies of daughters to hear the quip, "Oh, you think you know what love is, but get ready! You've never felt anything like this." And, in part, they are right. The "daddy's girl" with her father wrapped around her little finger is well-documented. What is less discussed is all the immense RAGE that makes up the backside of the coin, that tender bit of tender. There is an indescribable, kinetic ferocity that gets into your bones. I can remember walking white-knuckled through a crowded farmer's market with baby girl in the stroller, unable to enjoy myself for the visions of violence I was prepared to mete out upon any member of the throng who so much as cut in line. It is a complex thing for the heart of a man to be, at once and by the same catalyst so moved to both give his life away and take it from another. Perhaps there is a lesson in it. 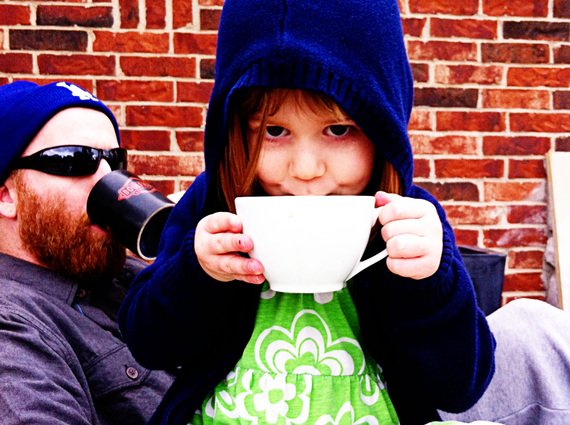 6. No one ever told me that the song "Butterfly Kisses" is the greatest song ever written.
No matter how sappy, cloying or contrived you believed it to be, once you have a daughter, it wields a mysterious and violent emotional power over you that is irresistible. Last summer at my friend's wedding, me and some of the other groomsmen spent the first half of the song laughing and scoffing... and then I spent the second half of the song sobbing as I danced with my daughter. Say it with me: "I am Bob Carlisle's b*tch."

7. No one ever told me the extraordinary importance of the color pink.
Last Christmas, M.G. asked Santa for a "girl puppy." When Claus asked her what color she wanted, she unflinchingly said, "pink!" I have seen her moved to tears upon hearing the report that her pink plate was in the dishwasher and unavailable for use at dinner. A radiant, white-robed Jesus could manifest in her room and present her with a blue, winged unicorn and I honestly believe it would go something like this: "Um, 'hank you Jesus for my flying horse, but you forgot one 'hing -- PINK! Now, about that white robe..." 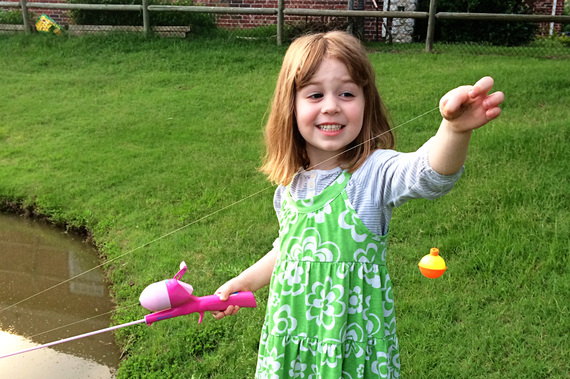 8. No one ever told me... well, maybe my wife had told me this, but I never really believed it: Lots of girls really do start thinking about planning their weddings from the time they are toddlers.
Personally, I blame Disney. Every piece of white linen in our home is fair game for a pretend wedding rehearsal. She acts it out in detail. At first it was supremely cute because she wanted to marry me, but recently, a preschool compatriot has overtaken my place as groom-to-be. She says it is because he's "silly and handsome..."

9. No one ever told me how irrationally crushed I would be the first time my little girl wanted to marry the silly, handsome boy from preschool instead of me.

10. No one ever told me how much I would genuinely enjoy manicures, tea parties, midday wardrobe explorations, impromptu waltzes, pastel tackle boxes or Fancy Nancy. 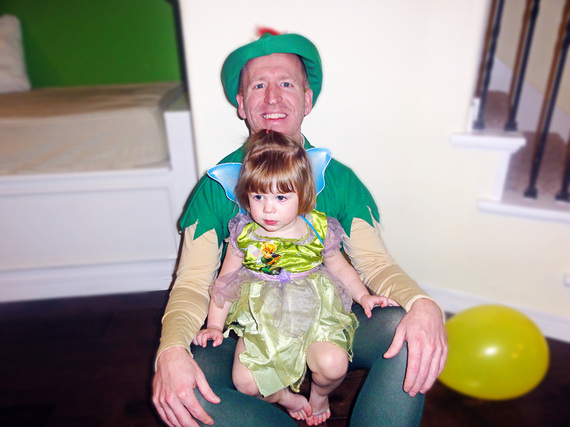 The casual reader will likely hear in these only the saccharine. But those of us with daughters will also hear what is terrifying, vulnerable, disorienting... and sacred.