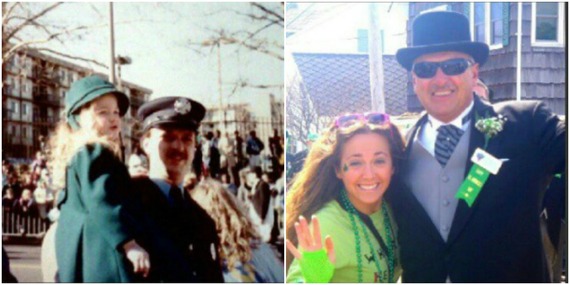 I was fortunate enough to grow up and be raised by two parents who love me. Both parents imparted on me very different lessons that have since helped mold me into the person I am today. Their teachings have aided in my navigation of this crazy obstacle course we have come to call "life." With Father's Day approaching, I have tried to pinpoint the ten most important things my father ever taught me.

Spoiler Alert: Dad really did know best. All the petty arguments. All the slammed doors. All the dinners I would give him the silent treatment because he said "no" to my request. It all seems so futile now, though I guess it is a rite of passage. At the end of the day, he was right. I shouldn't have gone to that party. I shouldn't have dated that guy. I shouldn't have cursed at the dinner table. I shouldn't have drank that much. I should've called when I knew I was going to be late. I shouldn't have spoken to my mother like that. He was right. About everything. And though a very small part of me wishes he was wrong about something while he was raising me and surrounding me with boundaries, I can't think of one single thing. He really did have my best interests at heart while I was growing up, and even now that I am grown, I know he still has those very same intentions.