Did you know that Armenia is the world's oldest Christian nation? And that Cher, who was born Cherilyn Sarkisian is half-Armenian? Armenia is usually not the first country that will come into your mind when you're deciding on your next travel destination. It's a mountainous landlocked country- with beauteous landscapes and a buzzing, vibrant capital city. I just came back from there, and here are ten reasons why I loved the country and why you must head there soon.

The fact that it feels very young 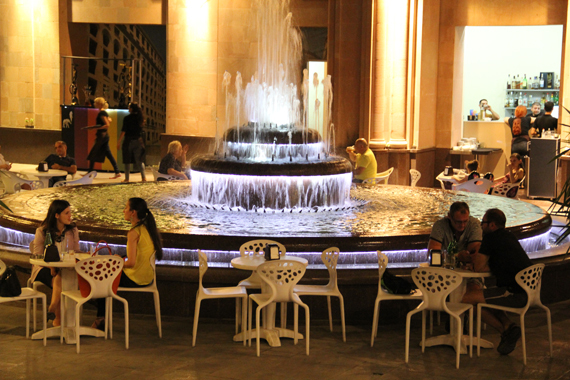 I went to Armenia expecting to step back in time: I had read about Armenia's ancient monasteries, learned about the country's place in history;. I wasn't prepared for the capital city, Yerevan's dazzlingly modern Kentron district, where everyone from teenagers to the elderly dresses with incredible style, and gorgeous cafes and restaurants are busy even during working hours. For a city that's over 1,700 years old, Yerevan feels very young.

That it has the most incredible monasteries 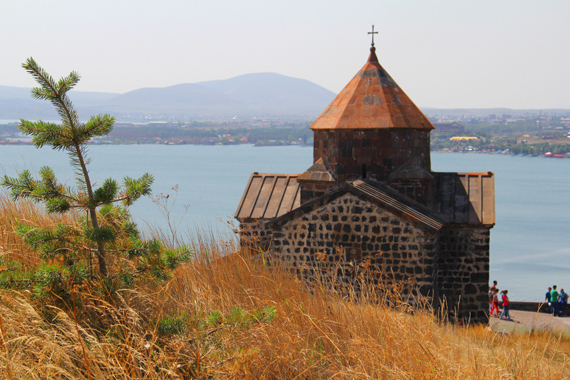 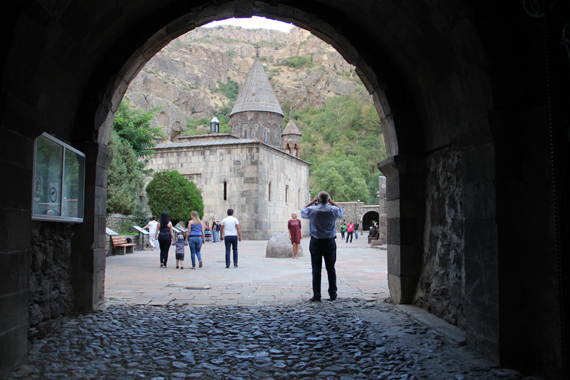 Armenian monasteries are just the prettiest! I visited many of them and every single one was more beautiful than the previous. Dark and stark, with no decorations but a candle or two lighting up the interiors, they have a truly spiritual atmosphere of centuries of prayer. The sparse walls once held a series of religious murals and paintings destroyed by invaders. Usually their location is breathtaking too - at the shore of Lake Sevan, in gorges, on a promontory or a cliff or cut into the rock like Geghard.

That its national icon is a show stopper 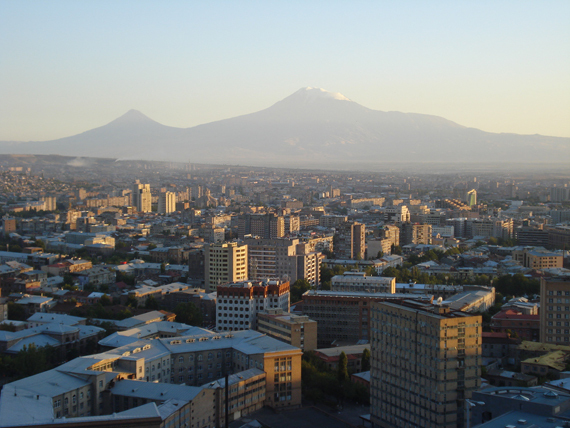 Ararat. The magnificent mountain that is on every image of the country- till the last day it remained shrouded in mist. It is known as the place where Noah's ark came to rest and is considered the home of Gods in Armenian mythology. Ararat symbolizes the Armenian national identity, it can be found on most of the souvenirs, paintings sold at the flea market, and in the country's coat of arms and the passport stamps. On the last day I peered outside my hotel window in Yerevan, and was rewarded by the sight of the snow covered mountain! I was incredibly lucky .. But the tragic part of the story is that Mount Ararat, the symbol of Armenia, is actually located in Turkey, 32kms from the border. So near, yet so far away... 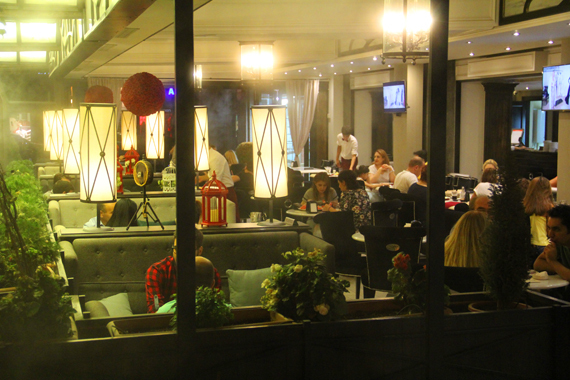 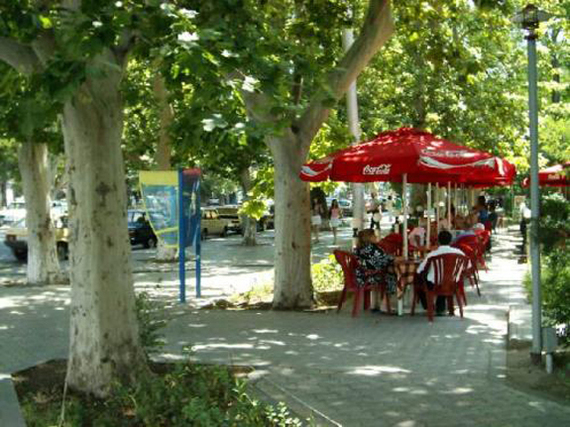 It was one of the first things I noticed in Yerevan during my visit and it gives the city a more European than an Asian ambience. The city is literally full of cafes! Every park, every square, most of the streets have them and no matter what time of the day, they were always packed with people. Armenians like their coffee to be thick and murky, and sitting in a café ( and people watching) will not ruin your budget as Armenian prices are friendly.

That it has so much contemporary art 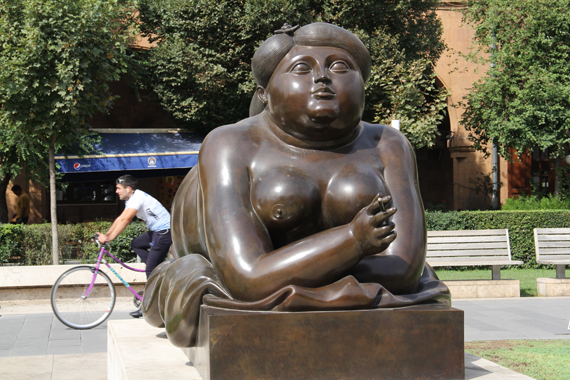 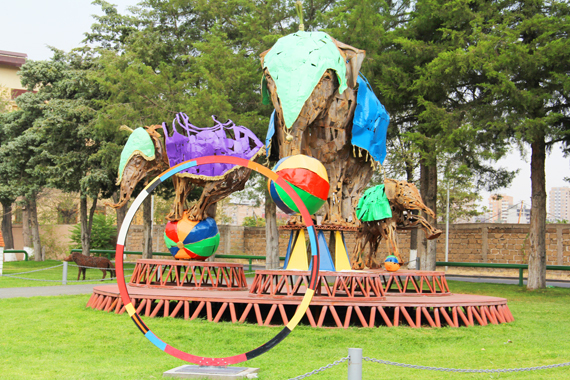 Yerevan is studded with contemporary art... The main attraction is the Cascade complex, that serves as the Cafesjian Museum of Art - a place full of really interesting contemporary art by international artists, from the collection of the founder. Lots of art pieces are located either in the park leading to the Cascade, in the stairs of the complex or inside, where the escalator is (entrance on the left side). The city is also full of various monuments of famous Armenians or other random art installations. The Green by the Monument has a full circus show with elephant statues and a clapboard house! My favourite was the 'Three Glassinators' by Andrew Carson on the terrace of the Cascades- a whimsical assortment of glass pieces rotating in the breeze.

The Khachkars or cross stones 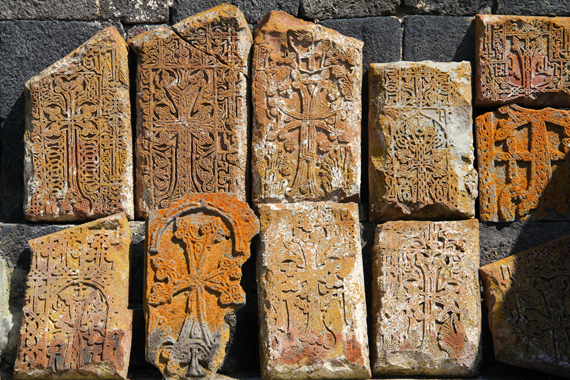 I loved the Armenian Khachkars or cross stones with intricate patterns of leaves, grapes, pomegranates and saintly figures. The word "khachkar" is formed by two Armenian roots: "khach" (cross) and "kar" (stone). The cross is the most familiar symbol of Christianity, but nowhere is this iconography as culture-entrenched as it is in Armenia. Wherever you go, thousands of khachkars, or cross-stones are found in the world's oldest Christian nation, providing a rare glimpse into spiritual expression. Today Khachkars are on the UNESCO list of Intangible Cultural Heritage.

That it has an incredible variety of fresh and dried fruits and fresh, organic food 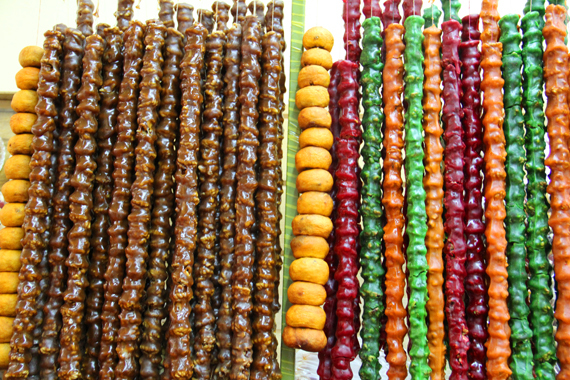 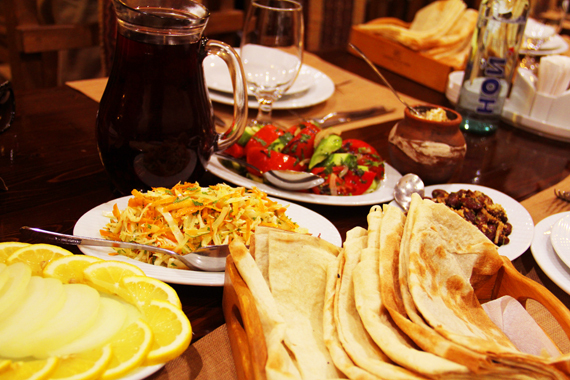 Wherever I went there were women selling garlands of dried fruits called Churchkela, or sweet Sujuk which are walnuts soaked in thickened grape syrup and dried on a string. They hung like curtains everywhere alongside paper thin fruit lavash, and baskets of apricots, dates, almonds and figs. In fact the apricot is called the Armenian apple. They say that in the first century BC, Roman general Lucullus took several apricot saplings from Armenia to Rome. The Romans planted those saplings in their city and called the fruit the "Armenian plum" and it spread to Europe from there. We drank glasses of Kompot- clear fruit juice made by boiling fruits like peaches, apricots and strawberries in water without additives. We saw bottles of fresh juices and jams and preserves. Fruit country, truly! Our tables were laid with fresh crunchy salads, sautéed greens and vegetables , herbal teas, and sweets. Paper thin lavash bread baked in underground ovens was a staple and grilled meats called khorovats as well as charred potato found their place on the menus. I also loved their creamy, thick yoghurt called Matzoon.
.
For a small country, it has an incredible variety of landscapes 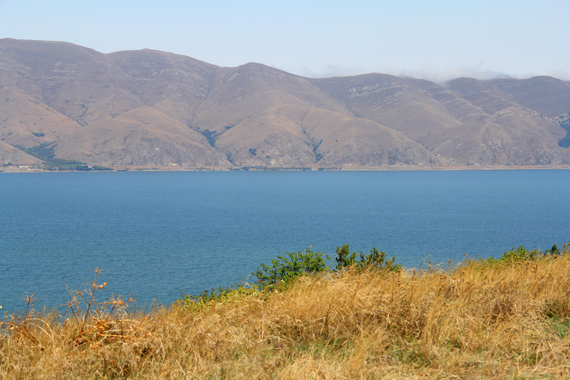 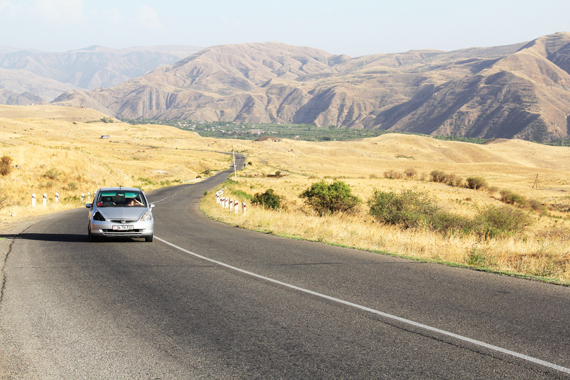 It is a mountainous country and travelling around can show you how much the landscape varies - the north is full of green hills while the south feels more deserted. We drove through miles of deserted roads and canyons in the Caucasus Mountains, to the Garni pagan Temple, and the Geghard monastery, carved out of rock faces. Another day we drove to turquoise Lake Sevan, one of the highest freshwater lakes, surrounded by mountains, which the Armenians call the Armenian Sea. You can climb up to the Sevanayak Monastery and get a panoramic sweep of the Lake and also see ancient cross stones or khachkars. We also visited the monastery of Khor Virap surrounded by wheat fields and vineyards against the backdrop of stunning Mount Ararat. Armenia even has its own little Switzerland called Dilijan National Park! That's on my list for next time...

If music be the food of love, play on! 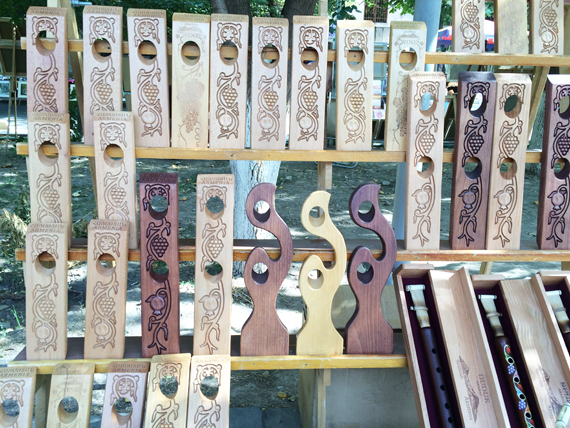 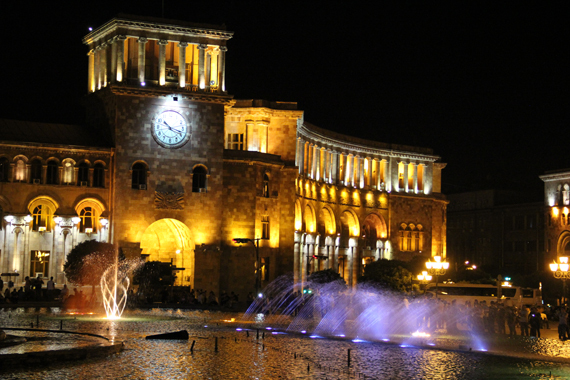 Almost everywhere, there was music- from traditional duduk flutes played by boys in flea markets to street entertainers and musical fountains at Republic Square. Armenia has a long musical tradition developed by Komitas , a priest, in the late 19th century. My guide Tatevik Martini, blessed with a divine voice, sang a religious song inside the pagan temple of Garni and that will always remain my most precious memory of the trip. Even while travelling on ski lifts, each cable station had speakers with music!

That it has some of the friendliest people in the world who are so proud of their country! 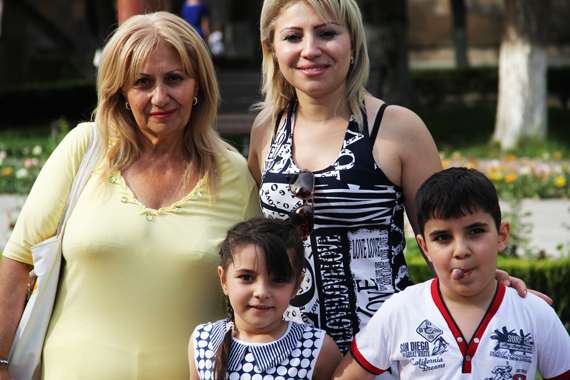 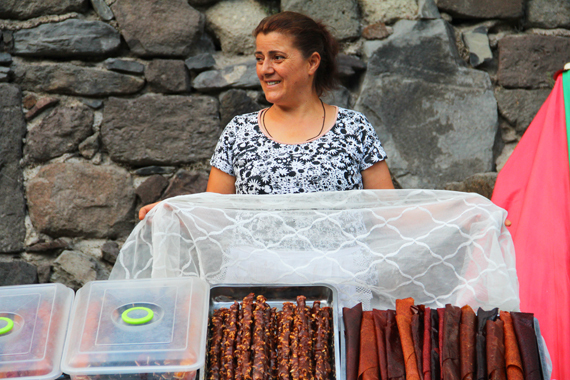 What I found amazing was that everyone came up and spoke to me- wanted to know if I was Indian and then told me what they liked about my country. Children and adults were most willing to be photographed and fruit sellers were ever willing to give me a free tasting before I bought anything. Almost always they asked me if I enjoyed Armenia. I always gave them a sincere thumbs up!

Air Arabia offers great connections to Yerevan via Sharjah. Sharjah airport offers a paid lounge facility by this low cost carrier to make layovers comfortable. http://www.airarabia.com
Double Tree by Hilton with a great location near the Republic Square and comfortable doubles is a good place to stay in Yerevan.