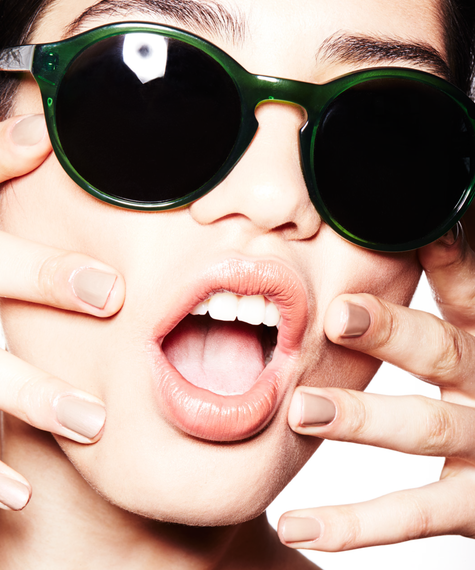 For much of the country, the weather is finally starting to warm up, which means open-toed shoe season is right around the corner. And that definitely means we're ramping up our mani/pedi schedules. But it also means being vigilant about keeping an eye out for any sketchy practices at the local nail salon.

These are things that can hurt your nails, shorten the life of your manicure, or even pose a dangerous health risk. We talked to some of the top manicurists in the biz to find out what you need to watch out for, so you can walk out with 10 perfect fingers or toes -- minus the yucky stuff.

If you see any of these 10 things but are too afraid to speak up, celebrity manicurist Deborah Lippmann offers this advice: "Skip the manicure and just ask them to change your polish -- then, walk out the door." 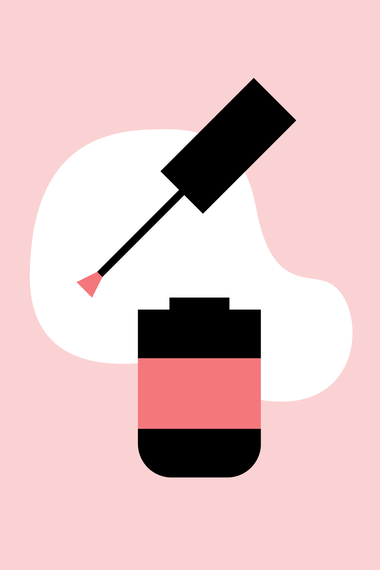 Filthy Work Stations
Even a salon that appears clean can harbor dirty little secrets. So, if a salon actually looks unkempt? Well, that's not a good sign. "We all go into those corner nail salons, and there's dust everywhere -- on tables, in drawers. That's stuff from other people's nails," says Lippmann. Glance over at the garbage cans, too. They should have a lid, not a visible, overflowing pile of trash. "Bacteria, mold, and spores have to be contained, so just like in a doctor's office, trash cans should always be covered," says celebrity manicurist Elle. And, also just like in a doctor's office, stations should be scrubbed between every client, and new coverings should be put down over the surfaces. "I mean, how would you feel if your gynecologist reused the same paper?" says Elle. 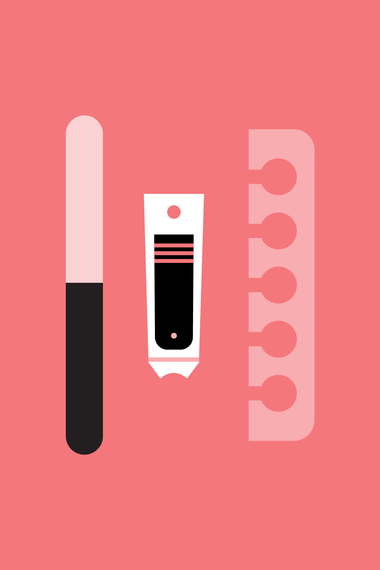 Dirty Tools
In many states (including New York), the law requires that salons use a brand new nail file for every single client. But anyone who has ever been to their corner spot knows that's rarely the case. "It's unsanitary to use a nail file on more than one client," says Elle. "If the person before you had a fungus, it can spread to you."

Along with nail files, anything that's porous -- think wooden tools, orange sticks, pumice stones, or buffers -- can harbor and breed bacteria, so they should always be new, as well. Metal tools, such as cuticle nippers, can be reused, but experts say they must be disinfected with a hospital-grade disinfectant for at least 10 minutes between clients -- or sterilized in an autoclave. "But watch for 'UV sterilizers,' which are not effective for proper sterilization," says Julie Kandalec, celebrity manicurist and creative director of Paintbox in New York City. "A true sterilizer looks like a toaster oven or a crock pot and heats tools to approximately 400 degrees. They cost several hundred to thousands of dollars, compared to UV models, which are well under $100."

But here's an easy way to avoid the stress (and the possible infections): Bring your own tools. "Having your own nail kit and just throwing it in your purse is the best thing you can do," says Elle. "If everything is yours, there's no danger." 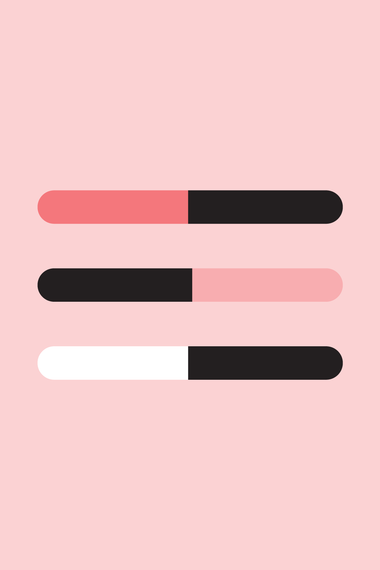 Using The Wrong File
Not only does the file have to be new, but it has to be the right one. Like sandpaper, files come in various grits ranging from ultra-fine (the best choice for natural nails) to super coarse (only okay for artificials). "Unfortunately, many manicurists tend to use a generic file for everything, and it's usually one that's too coarse, which can damage natural nails," says Elle. So how to tell if your tech is using one that's too harsh? "Listen to how it sounds on your nails," says Kandalec. "A fine-grit file has a higher-pitched sound and generally sounds more pleasant. A coarse-grit file has a deeper sound that isn't as nice." 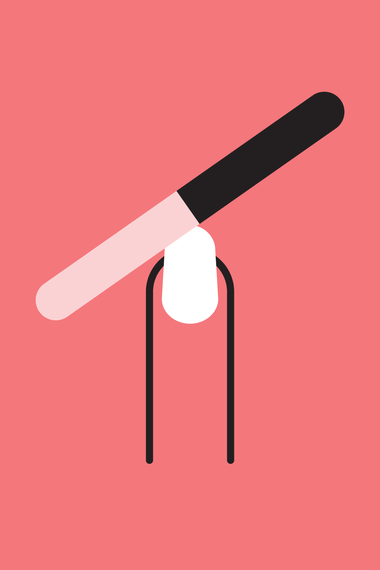 Filing The Wrong Way
Okay, so she's using the right kind of file. And it's new. Now, you need to make sure she's wielding it the correct way, too. "Filing back and forth causes microscopic splits in the nail, which can lead to chipped polish and dry, peeling nails," says Kandalec, Instead, she says, your tech should be filing from the outside corners in towards the center. "Filing towards the middle of the nail prevents splitting," she explains. 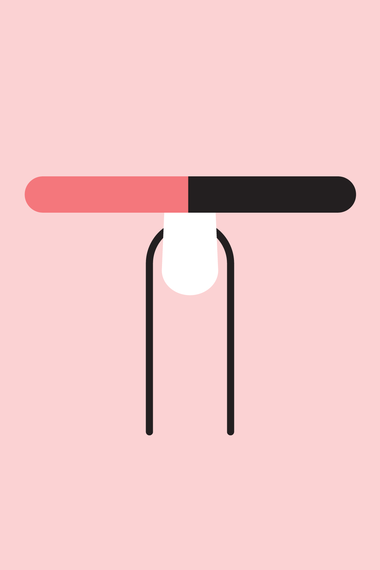 Filing On Top Of The Nail
Ever had a manicurist "rough up" the top of your nails under the guise of prepping them to better grip polish? Yeah, stop that next time, because it turns out that's total B.S. "Etching is a lazy way of prepping nails," says Elle. "It does not help polish stay on. Actually, it's the opposite -- it's completely bad for your nail." Instead, clean, dry nails and a good base coat are all the polish prep you need. 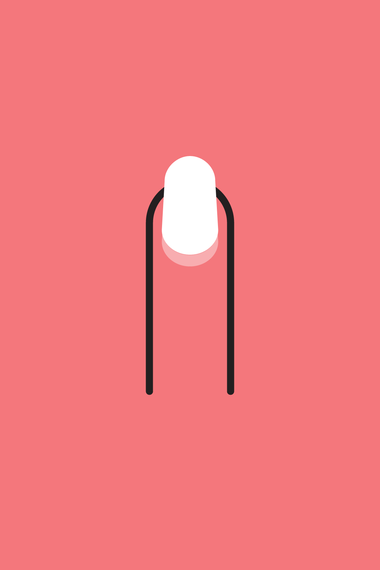 Going To Town On Your Cuticles
"Manicurists always want to cut your cuticles, because it's faster for them and it means you will come back more often, since your manicure will look uneven faster," says Lippmann. "But cuticles are meant to be there to keep bacteria from entering your body." Getting rid of them entirely isn't necessary -- and cutting them at all isn't even recommended.

Instead, your tech should use a cuticle remover to soften them, and then gently push them back. In fact, the only time it's okay to pull out a nipper is if you have a hangnail. And, in that case, the hangnail should be gently nipped, never tugged. "Pulling too hard with nippers is one of the biggest mistakes that nail techs make," says Lippmann. "Nippers should be very sharp -- something that is often not the case at corner salons because they don't get them sharpened regularly. But if they aren't sharp, that's when they have to pull, and that can easily rip too much skin. 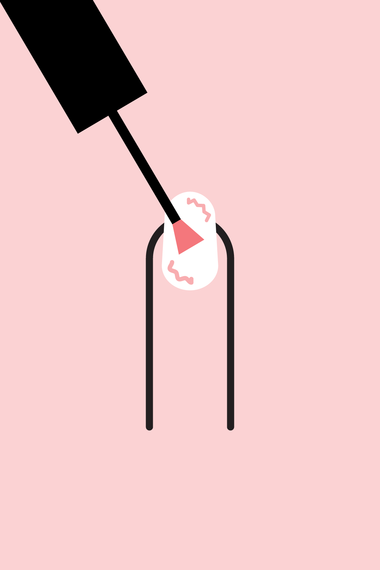 Sub-Par Prep Before The Base Coat
A hand massage is one of the best parts of the manicure, right? (Duh.) Problem is, leftover lotion can sabotage your polish job if every trace isn't removed before your manicurist brushes on the base coat. "The nail has to be dehydrated and completely clean before you polish," says Elle: "If you polish on a wet nail, or one with dirt on it, your polish won't last."

We thought it was standard practice for a manicurist to clean our nails by wrapping an orange stick in cotton and dipping it in remover, but it turns out that's completely the wrong way to do it. "That's the cheap and lazy way to do it," says Elle. "Acetone doesn't remove lotion, because it doesn't remove oil. Instead, it deposits more residue and makes nails split and peel." Per Elle, a better way to do it is to swipe nails with a brush soaked in antibacterial soap. 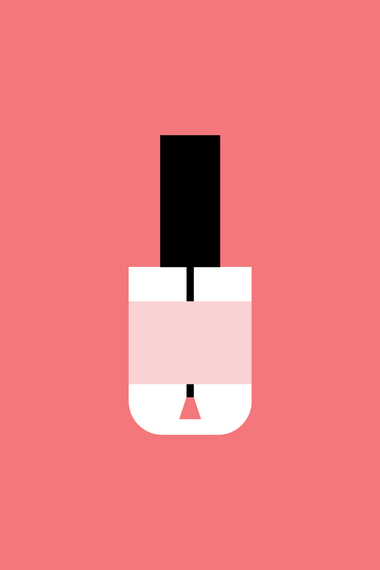 Thinning Out Nail Polish
While many top manicurists cop to occasionally using acetone to thin out old, too-thick lacquer, "it's a temporary fix," says Elle. "It should be a one-time thing in a pinch -- not something you do regularly in a professional salon." But that doesn't mean the cheapie places don't do it on the regular. "And it happens even at nice salons!" says Lippmann. "But anything you put in polish compromises its chemistry. That really affects the wear and can also cause bubbles on the surface of your nails." Bringing your own polish is a surefire way to avoid the tainted stuff; steering clear of near-empty, likely-ancient bottles will help, too. 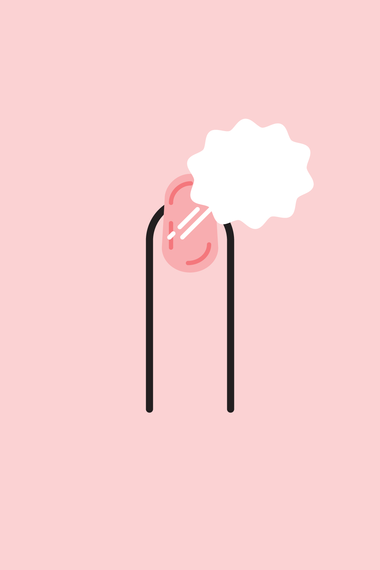 Overzealous Gel Removal
Gel nails get a bad rap. But experts say that it's inexperienced techs -- not the gels themselves -- that are the real problem. "The right way to remove gels is what no one wants to do: You have to be super, super patient," says Lippmann. That means there should be no hacking, no scraping, no metal tools, and no pain.

Instead, the manicurist should cover your fingertips in acetone-soaked pads, wrap them with foil, and leave you to sit for 10 to 30 minutes. "The gel should look almost melted when it's ready," says Lippmann. "At that point, an orange stick should be all it takes to gently nudge it away." And if your tech wants to cut corners? Run. Or risk weakened, dented, or even broken nails. Lippmann herself even came face-to-face with the issue once while making a pit stop to have gels removed on the way to the airport. "I went into a nail salon and said, 'How long will this take?' And I kid you not, the woman said, 'What is your pain threshold?'" she remembers. "I said, 'Bye, bye!' Nothing should hurt." 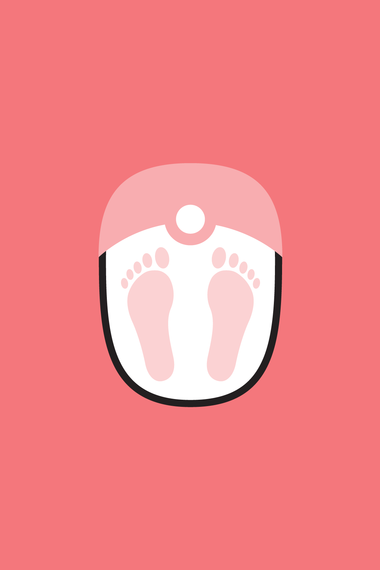 Pedicure Tubs With Jets
There are few things more relaxing than settling into a cushy pedicure chair with an issue of Us Weekly, cranking up the massage remote, and slipping your feet into the bowl of hot, soapy water. That is, as long as you don't think too hard about what's in that bowl. "With pedicure jets, it's like swimming in someone's personal Jacuzzi," says Elle. "Not only are they too hard to clean, but the hot water breeds bacteria. And if you have an open cut on your feet? Well, that's it."

Elle adds that pedicure jets must be sanitized for at least 15 minutes with hospital-grade disinfectant ("not Windex") between every client. (And when was the last time you saw a salon do that?) To be safe, seek out salons that exclusively use jet-free basins. Sure, they don't have the fun bubbles or the color-therapy lights, but they're also much less likely to have the nasty stuff.

10 Tips For The Perfect Manicure