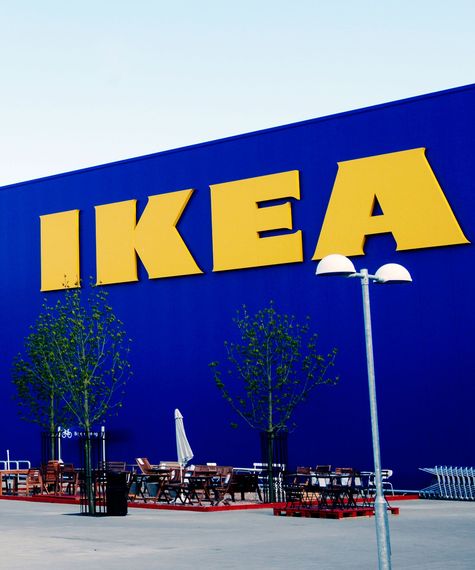 Who could say no to a tour of Ikea HQ? Not I, for one. So when the company asked if I might tag along for its Democratic Design Days conference, I found myself only too eager to see what really makes the big box retailer tick. Ikea HQ might be the closest IRL thing to Santa's workshop, after all -- and it's pretty darn close to the North Pole, too.

I spent the day trawling the compound in Älmhult, Sweden to discover everything about the brand, from its quality control practices to its history, proudly on display in the soon-to-open Ikea Museum. And I, of course, documented the entire thing on Snapchat, if only to remind myself that I'm technically a millennial. Click through for a GIF-tastic tour that proves it's Ikea's world -- we're just living in it.

The factory includes a cavernous quality-control department where experts test drive the entire range of Ikea products. The brand's mattresses are pitted against a 308-pound weight to test their resilience; each one is rolled over between 30,000 and 50,000 times.

All of the company's onsite testing facilities meet stringent standards that exceed international requirements -- which, honestly, might come as a surprise to even the brand's most loyal customers. Yes, the veneer on your Billy bookcase is chipping, but Ikea is diligently working to make it chip less and less. The company recently developed an environmentally friendly engineered wood that reduces waste and mimics the look and feel of solid wood.

A robot arm tests the efficacy of a plastic lid by opening and closing each clasp hundreds of times. The facility is also equipped for climate testing (an enclosed chamber can recreate temperatures from Siberia to sub-Saharan Africa), fire retardancy, chemical off-gassing, and even odors.

Designers will often develop products on the factory floor to minimize production lead time, problem solving before a prototype is even finished. "What you get when you work with Ikea is access to the strongest supply chain in the world," noted Rolf Hay, whose collaboration with the company and his brand, Hay, is due out in 2017.

This tiny robot is just awesome; she makes art by "walking" across a piece of paper. (Here is a first glimpse at our future robot overlords.)

At Ikea, each worker produces an average of 33,000 products per year. Automation is key to achieving this scale without relying on crippling manual labor and unjust manufacturing practices. "The future belongs to those with the most efficient production techniques," says Mikael Sernelin, business development manager at the company.

Answering a brief from Ikea design manager Marcus Engman, students from the École cantonale d'art de Lausanne (ECAL) developed small-space living prototypes that solve communal-living problems. If you only had 50 things to furnish your apartment, what would they be? What would they look like?

Flexibility and function proved key. The resulting collaboration includes an entire folding sofa; a privacy screen that turns any tabletop into a secluded "office" space; a ghost chair for stashing clothes that gets more comfortable as shirts and pants pile up; and a privacy-enhancing canopy bed.

This spring, Ikea made its virtual reality program available to the 100 million-plus users on gamer-oriented platform Steam. With the right equipment, users can download the Ikea VR Experience and test-drive a new kitchen from the comfort of their...current kitchen. Feedback came swiftly: Users wanted more meatballs. (No joke.)

"We know we're early," says Martin Enthed, development and operations IT manager. "We think in five to 10 years, these devices will be common." Enthed should know; he's the reason 75% of Ikea catalog imagery is computer-generated.

The company is also investing in 3-D printing and engaging open-source design and distributed manufacturing networks (also known as "cloud producing") to maintain its status as an industry leader. What does that mean in layman's terms?

Imagine logging onto Ikea.com and simply downloading the schematic for your favorite product -- a chair, for example. In the future, you could (maybe, no guarantees) send that design to a local manufacturer (found through Task Rabbit, for example) and have them build it for you. Mind blown yet? Any developments like this are still a long way off, if not entirely conjecture, but it's cool to think about.

The conference also saw the introduction of a new Frakta bag, as well as a reimagining of the Klippan sofa from design wunderkind Tom Dixon. "Rather than a sofa bed, it's a bed that can be a sofa if you want it to be," Dixon said of his multitasking design. "Everybody needs a bed -- it doesn't matter if you're in prison or you're a baby or you're on your death bed. It's the basic unit of furniture that everybody needs." 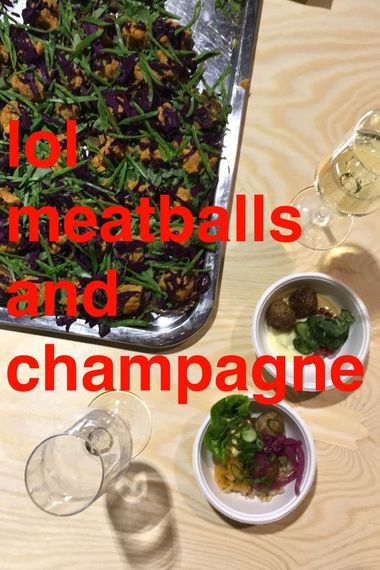 Ikea has made a renewed commitment to developments in food, working last year with Danish think tank Space10 to execute the "Tomorrow's Meatball" project, reimagining the staple food made out of artificial meat, food waste, and even insects. The brand's 2017 Ikea PS collection will also include food for the first time.