With beef jerky, the flavoring options are endless.

Beef jerky is an incredibly popular snack food, and while it may be high in sodium, it's lean and full of protein. We're experiencing somewhat of a jerky renaissance these days, with companies like Jack Link's and Matador being joined by more out-of-the-box companies like Krave, which was recently purchased by Hershey's and sells jerky in flavors like chili lime and pineapple orange. Here are 10 things you might not know about this popular snack.

Jerky, by definition, is lean meat that's been trimmed of fat, cut into strips, and dried with salt. Both the drying and salting processes prevent spoilage and bacterial growth, and when prepared properly, it can last for months on end. While the sodium level is high, it's still a great protein source, and the possibilities for flavoring are endless.

Today, some less expensive brands of beef jerky are made by finely grinding the meat, mixing it with spices and seasonings, and pressing the resulting paste into strips before drying. Thankfully, there are still plenty of companies -- as well as artisanal producers -- who make jerky the old-fashioned way, using whole muscle meat dried over low heat. Some producers smoke the meat to preserve, dry, and flavor it simultaneously.

Jerky exists in one form or another all over the world. In South Africa, biltong is cured with the help of vinegar, salty-sweet bakkwa is popular in China, carne seca is eaten in Mexico, dendeng is dried via frying and is beloved in Indonesia, and jerky is called sukuti in Nepal.

Read on for 10 things you may not have known about beef jerky. 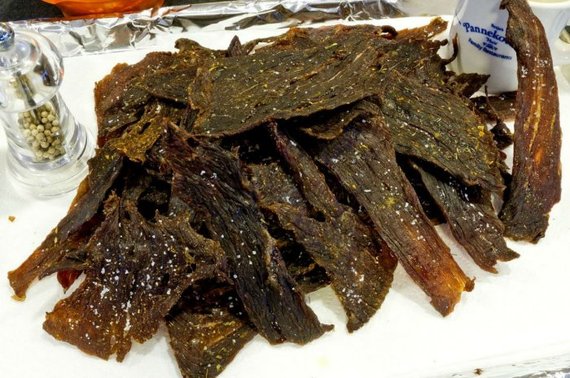 Beef jerky was invented around 1550 by the Quechua people, who are native to South America. 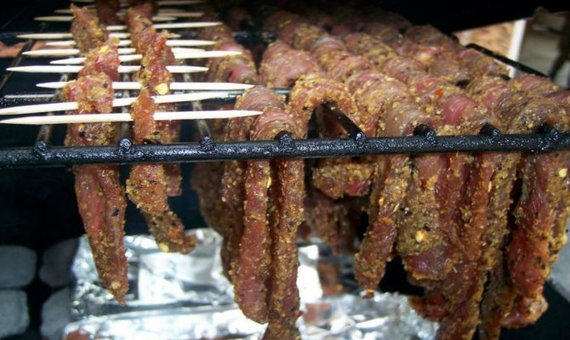 Jerky's first purpose was to provide a way for Native Americans to bring protein-rich food on long journeys. 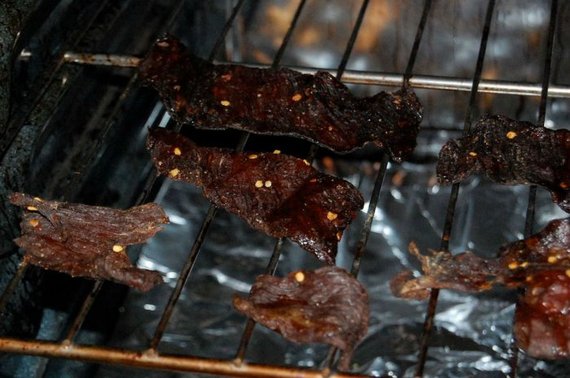 The word jerky is an Anglicization of the Native American term charqui, which means "dried meat." 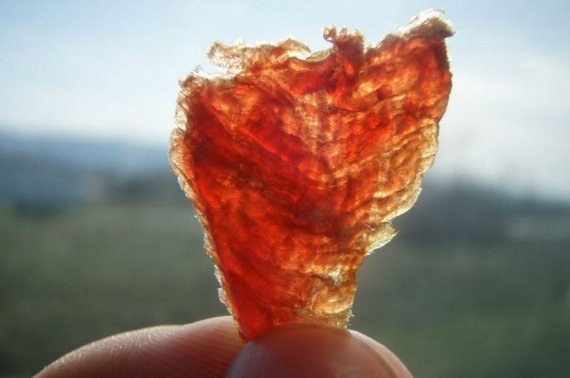 NASA has been sending astronauts into space with jerky since 1996. 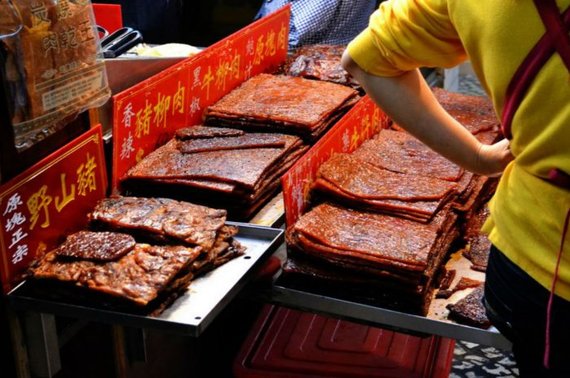 Jerky can be made with just about any protein, and is available in turkey, pork, salmon, elk, moose, and many more varieties.

More:
MeatFoodthings you didn't knowTaste beef
Newsletter Sign Up
An essential daily guide to achieving the good life
Subscribe to our lifestyle email.
Successfully Subscribed!
Realness delivered to your inbox