This chain is famous for a lot more than just cheesecake.

The Cheesecake Factory seems to hold a special place in the hearts of lots of people. It's not a fast food restaurant, it's not a chain bar and grill, it doesn't shill to kids. Instead, it exists to extoll the virtues of the glorious cheesecake in all its calorie-laden greatness. But we bet that there are a whole lot of things about this chain that you didn't know.

As opposed to some other chain restaurants (we're looking at you, Olive Garden), the Cheesecake Factory got its start as a mom and pop shop based around a flagship product: cheesecake. The chain traces its roots back to Evelyn Overton, a Detroit homemaker with a killer cheesecake recipe who in the 1940s supplied cakes to local restaurants but dreamed of opening her own cheesecake shop. She put those dreams on hold to raise a family, but in 1972, once her children were fully grown, she and her husband Oscar packed up and moved to Los Angeles to finally open that shop, which supplied more than 20 types of cheesecakes to LA restaurants.

In 1978, their son David had the idea to open a restaurant focused on showcasing his mother's cakes, and later that year the first Cheesecake Factory opened in Beverly Hills. The first menu was only one page long and featured primarily salads and sandwiches, along with 10 varieties of cheesecake. It was an instant hit, and a second location opened in Marina del Rey in 1983. A Redondo Beach location opened in 1987; the first location outside the Los Angeles area opened in Washington, D.C., in 1992; the company went public in 1993; and today there are nearly 200 Cheesecake Factories around the world.

Cheesecake Factory is still well-known for its cheesecakes, but the menu has expanded to incorporate dozens upon dozens of other dishes, infamous for their hearty portion sizes. Nearly 40 different varieties of cheesecakes are available, ranging from the traditional (fresh strawberry) to the outrageous (Toasted Marshmallow S'mores Galore, Reese's Peanut Butter Chocolate Cake, White Chocolate Caramel Macadamia Nut). David Overton is still on board as chairman, president, and CEO, overseeing the ninth-largest restaurant company in the United States based on market capitalization. So whether you're a loyal cheesecake devotee or just an occasional visitor, read on for 10 Cheesecake Factory facts.

The Original Cheesecake Recipe Was Found in a Newspaper 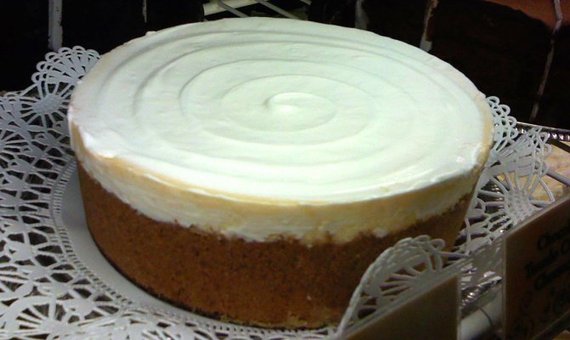 Evelyn Overton didn't develop the original cheesecake recipe herself; she actually found it in a newspaper.

It Started in a Detroit Basement Kitchen 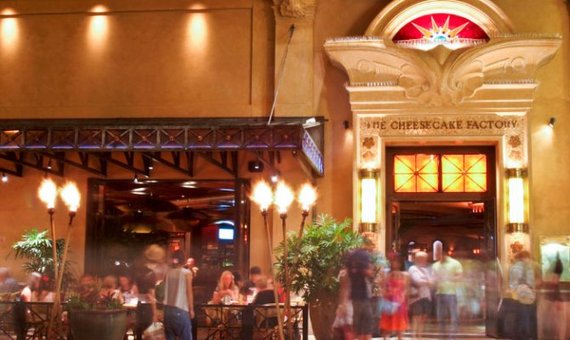 After Overton put her dreams of opening her shop on hold, she moved her baking equipment down to the basement of her Detroit house and ran her business from there.