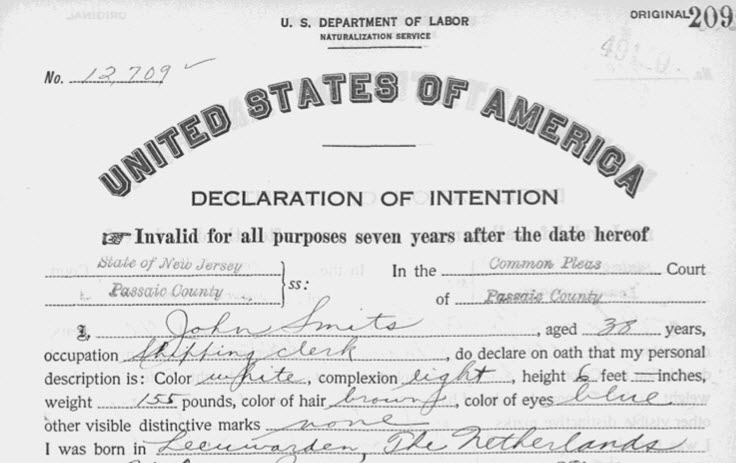 Declaration of Intention (to become a citizen) for Rachel Maddow's great-grandfather, John Smits

The g-word -- genealogy -- has popped up recently on The Rachel Maddow Show, prompted by Scott Brown's fixation on Elizabeth Warren's heritage. I've written previously about my head-scratching over this manufactured issue, but as both a genealogist and TRMS viewer, I suppose it was inevitable that I would eventually peek into Rachel's past, and the mere mention of my profession on her show was enough to trigger a little sleuthing on my part. So without further ado, here are some snippets of Ms. Maddow's family history: