The battle over MLK Day moved a Super Bowl. Southern states weren't the last to celebrate it. The law making it a national holiday was signed by a Republican President. And you'll never guess who voted for it in the U.S. Senate! Here are ten things you probably didn't know about Martin Luther King Jr. Day.

10. After Democrats like Michigan Representative John Conyers introduced the bill to make it a Federal Holiday each year, and with pressure from the SCLC, Coretta Scott King and the King Center, GOP President Ronald Reagan signed it into law in 1983. The first celebration of MLK as a Federal holiday was January 20, 1986. 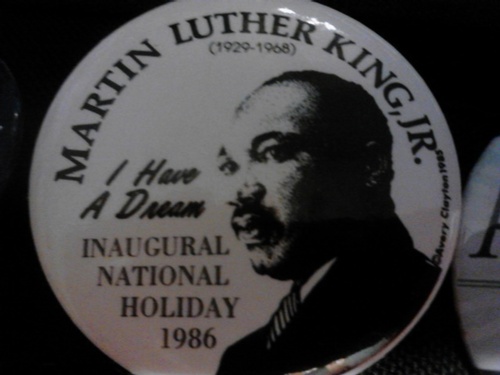 9. Illinois was the first state to celebrate Martin Luther King Jr.'s birthday as a holiday. That took place in 1973.

7. South Carolina used to allow state employees to either take MLK Day off, or one of several holidays commemorating the Confederate States of America (CSA).

6. Lots of Democrats voted for MLK Day to be a holiday. But so did future House Speaker Newt Gingrich, as well as former GOP Congressman Jack Kemp, an ex-football player.

5. Super Bowl XXVII was supposed to be played in Tempe, Arizona. But when Arizona Governor Evan Mecham rescinded MLK Day and a failed referendum to reinstate it led owners and the National Football League to move the game to Pasadena, California. It cost the state half-a-billion dollars. Voters approved the MLK holiday shortly thereafter, and the Super Bowl returned to Arizona in 1996.

4. Labor Unions like United Auto Workers (UAW) were instrumental in pushing for MLK Day to be a holiday for all workers, not just government employees.

1. South Carolina Senator Strom Thurmond, known throughout his career as an arch-segregationist, voted for MLK Day to be a Federal holiday, back in 1983.