For many women, the cost of beautification has grown staggering. Each consecutive year ushers in a series of must-do rituals; every month the beauty industry seems to find an elusive patch of face that requires yet another specific product.

For years, we've been open-minded to the most implausible crèmes, gels, and scrubs; we've subjected ourselves to countless painful and often gross procedures.

And in doing so, the American woman has spent herself silly.

But now: the economy's in the toilet, and impending: an even darker economic forecast. Bonuses are meager, hiring freezes at many corporations are du rigeur.

Suddenly the $250 oxygen facial or that nose job/boob job/knee job doesn't seem so necessary after all. The $2,000 spent each year on Botox has more urgent uses.

A recently-published survey of the luxury industry predicts that consumers will cut their luxury spending nearly in half during 2008, including "experimental luxuries" such as spa treatments and the like.

Well, here is my silver-lining present to you: a list of simple, time-hallowed, recession-proof tips about how to look your most beautiful and age gracefully, without the barrage of hideously pricey products to which we've become accustomed. Think of these tips as long-term investments that will yield dividends for years to come.

Culled from a variety of sources -- from old etiquette manuals to advice dispensed from Hollywood's Old Guard - they have little to do with cosmetics, and everything to do with self-awareness and common sense.

Many are deceptive in their simplicity. But don't forget that glamour's ultimate icon, Greta Garbo - long lauded by plastic surgeons for embodying facial perfection - reportedly had the simplest beauty arsenal of all: "a single toothbrush, a comb missing several teeth, and half a bar of Lux soap." Which means that there must have been other tricks to the trade.

The ones that follow will serve you long after the dollar makes its comeback.

If you saw a video of yourself sitting at your computer or watching television, you'd probably be surprised by how rigidly you hold your face. Make a concerted effort to soften your expression, since over the years your face will carve itself along those lines.

Decide that you deserve a better face and give it long-term natural uplift. 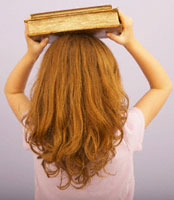 Many women have horrid and slatternly posture. And it's not good enough to have a straight back while sitting down; be aware of your posture when you're standing as well. Yoga 101 can teach you how to arch up from the bottom of your spine, stomach tucked in, shoulders back. You'll improve your circulation, appear taller, and project a life-long air of regality - which is something you can't buy in any ecomony.

Former Vogue editor Diana Vreeland used to keep a bolster cushion on her office chair right behind her bottom, which forced her to sit as upright as a West Point cadet.

3. Cross your legs at the ankle instead of the knee.

It makes your legs look thinner, especially in photos. Jackie O discovered this early in life, and nine times out of ten, in seated photos, that's precisely how she's sitting. And you just can't argue with Jackie.

4. And on that note, nude shoes elongate your legs.

This is advice from the owner of the most famous gams of the 20th century: Marlene Dietrich. "Your legs look longer when the color of your shoes doesn't act like a stop sign," she said.

You can take that one or leave it.

5. Throw away the drinking straw.

We all know that if you want to send your looks straight to hell, you'll take up smoking. All of the chemical atrocities aside, even the sucking gesture your mouth makes help to cleave those beastly lines into your upper lip.

Well, sucking on a drinking straw also promotes those wrinkles around your mouth. Not to mention that it looks jejune, and not in a charming way.

6. Slumber on a silk pillowcase.

Which will reduce wrinkles - and therefore keep you from blowing $300 on a jar of skin caviar.

Bigelow pharmacy in New York City sells these pillowcases for a quarter of that price, and they only grow softer with age.

If you need inspiration on this point, don't forget that Marilyn Monroe preserved herself rather nicely for years, sleeping only in silk sheets and Chanel no. 5.

7. It's called Beauty Sleep for a reason. 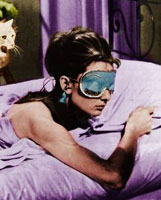 When asked to advise the next generation of New York socialites, Grande Dame Nan Kemper told them to entertain constantly, be themselves, but most importantly: "get tons of sleep."

With our over-wired schedules, this prescription is probably the biggest challenge for most of us - and likely the one with the biggest pay-off. 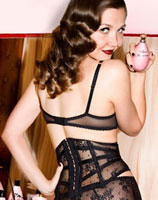 Most American women are wearing the wrong bra size, which will only lead to aesthetic tragedy later in life. I've said it before, and I'll say it again: make an appointment with a good lingerie department and get yourself outfitted.

It's a necessity, not a luxury, for God's sake.

9. The smartest accessory: a hat.

Estee Lauder reportedly told her granddaughters that they should never leave the house without wearing a hat. "You only get one face," she told them. "Protect it."

Happily, you can honor her wisdom and memory without even visiting one of her ubiquitous cosmetics counters.

A bonus: a hat will protect and prolong your haircolor too.

Not just to maintain a chipper attitude in a bad economic climate - but because a raised chin makes your jawline appear more taut. A well-known Joan Crawford technique, especially in photos.

And: much cheaper and less painful than a facelift.