America loves appropriating black culture -- even when black people themselves, at times, don't receive much love from America.

From dreadlocks to dashikis, white America has taken black traditions and used them for their own gain by failing to give proper credit, ignoring historical context or blatantly perpetuating stereotypes.

This year was full of white people receiving praise for the same hairstyles people of color are looked down upon for wearing. Cultural staples were dubbed "new trends" and black people were often erased from black spaces.

The meaning of cultural appropriation has gained more attention this year, with people like Amandla Stenberg schooling the country on how harmful it can be.

"The line between cultural appropriation and cultural exchange are always going to be blurred," Stenberg said in her "Don't Cash Crop My Cornrows" video. "Appropriation occurs when a style leads to racist generalizations or stereotypes where it originated but is deemed as high fashion, cool or funny when the privileged take it for themselves. Appropriation occurs when the appropriator is not aware of the deep significance of the culture they are partaking in."

It's more than "just hair," "just clothes" or "just slang." And many times, it's the livelihood of marginalized communities, but unfortunately, America still didn't understand that this year. Take a look at 10 ways white people have appropriated black culture in 2015: 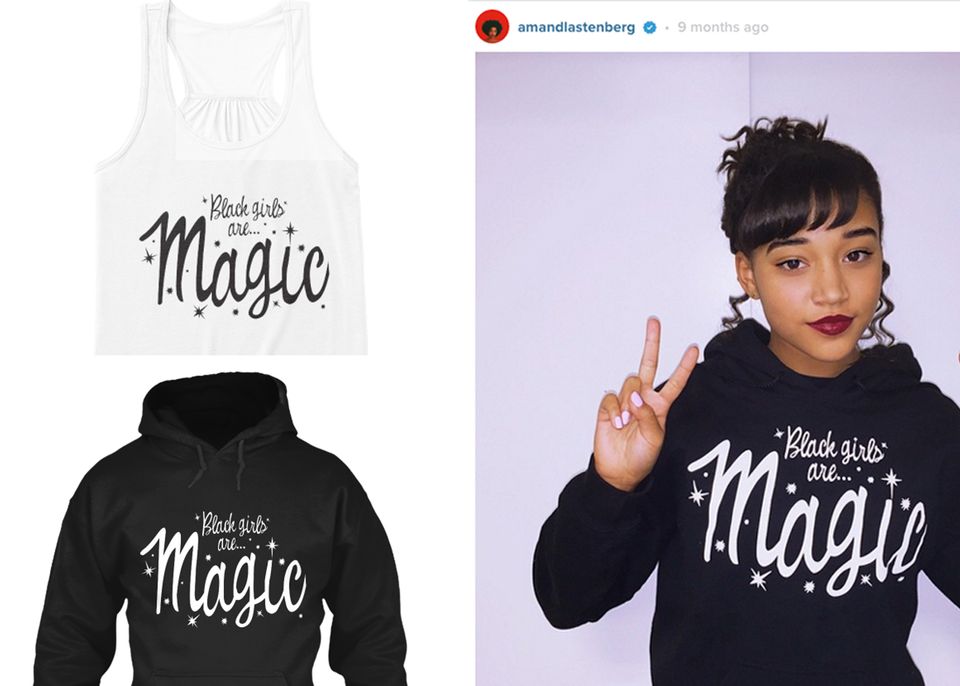 1 / 15
For The Magical Black Girl
It's clear that black girls are magic,&nbsp;and now you can wear that magic on your sleeve. This gear&nbsp;is selling quickly, so&nbsp;purchase yours before they run out. &nbsp;<br><br>Buy it&nbsp;<a href="http://teespring.com/stores/black-girls-are-magic">here</a>.
TeeSpring