Traveling alone in Morocco is both difficult and rewarding in equal measures.

For me, exploring the beautiful, vibrant country alone was worth it. Just about. There's nothing better than being 100 percent selfish and designing your itinerary to suit only yourself.

It sure makes the highs memorable: from experiencing the vastness of the Sahara alone at night, to gazing at a spectacular sunset over Marrakesh's main square (just you, your thoughts and a world-class tagine).
Oh, and lounging on the hostel's idyllic rooftop, flirting for hours with that handsome stranger. Just another evening in another stunning mountain town... 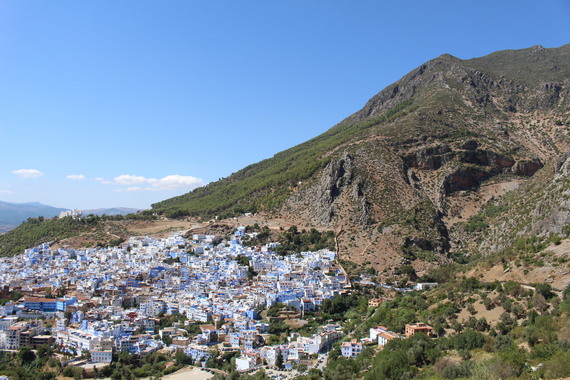 But that's not to say traveling alone didn't provide its fair share of lows. Accepting a somewhat questionable lift on a shopkeeper's motorbike after being hopelessly lost for hours. Confusedly navigating Casablanca's bus station in the stifling heat; hungry, overwhelmed and painfully out of place.

Morocco is an incredibly patriarchal country, and for western women and feminists, this can be a shock to the system. Men's sense of entitlement, combined with the fact you will stand out no matter what you do, means that unwanted attention is inevitable.

At the friendlier end of the spectrum, this translates to incessant hassling on the streets. At the darker end, however, the cultural differences and perceptions of foreigners can lead to more worrying behavior. Whilst walking round Marrakesh's side streets one afternoon I was followed by a boy, no older than 10, who repeatedly pleaded with me to sleep with him. It would have been comical, had he not refuted my attempts to shake him off and stalked me all the way back to my hostel.

Anecdotes such as these may not be completely avoidable, but there definitely are ways to minimize the chance of them happening. With that in mind, here are 10 tips I picked up to help any solo female traveler take Morocco by storm! 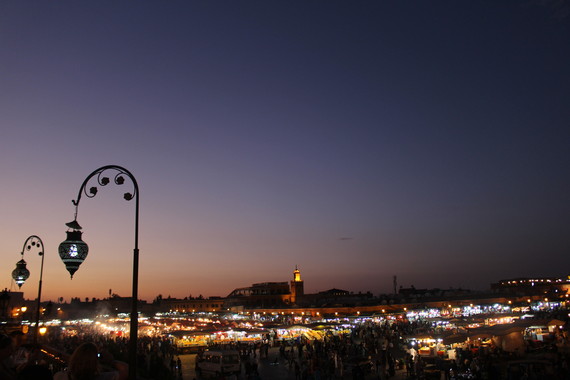 1. Dress the part
You'd think dressing modestly would be too obvious a suggestion, but apparently not for the sizable minority of tourists in Morocco sporting denim hot-pants and vest tops. As a general rule, I'd advise to always cover knees and shoulders, and to avoid body-con and cleavage at all costs. If the staring really gets to you, go for baggy T-shirts and trousers over skirts and dresses. Unfortunately, the more "overtly feminine" you look, the more you run risk of being sexualized or objectified.

2. Accessorize right.
Carrying round a headscarf in case you feel uncomfortable is a good move, as is always carrying a cardigan in your bag. Sunglasses are effective at making you feel more powerful celeb and less clueless wanderer. They work wonders for evading eye contact when you're just not in the mood to be sold rugs and trinkets.

3. Maps are cool.
Sure, wander off the beaten track, but know how to return to it. The best advice I can give is to screenshot Google Map directions to where you want to go. Also, use and abuse (in a nice way) the generosity of hostel or hotel owners. Ask them to recommend restaurants and attractions then draw out a route for you. Or go one step further and ask them to accompany you on walks at night -- I did and it worked a treat.

4. Make male mates.
Walking with a male friend is very useful if you're tired of getting hassled in the streets. People assume (i.e. hope) that you are married, and don't dare cat call. Not the ideal, but worth knowing. Get befriending.

5. Fake confidence.
The old saying "fake it til you make it" has never rung truer than in Morocco. Not sure where you're going? Stride confidently nevertheless. 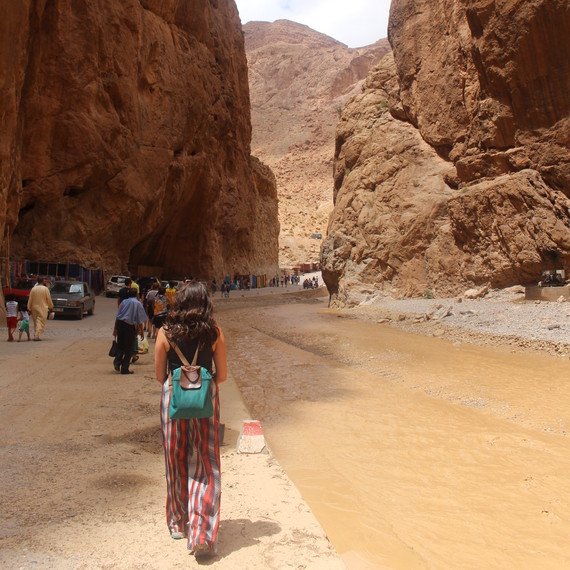 The last thing you want to do is look like the obvious tourist that you are, partly because that's uncool, partly because vulnerability makes you more susceptible to scams. (Read up on common ones on TripAdvisor. Oh, and beware of "helpful" passersby telling you a road ahead is closed and offering to guide you to safety.)

6. Play it cool
It's best to remain polite but firm in any interaction. If someone is trying to lead you somewhere, the simplest thing to do is ignore them completely. But if you feel rude then explain that you already have plans, you are off to meet a friend and walk calmly away. The longer you leave it or walk beside them, the harder it is to avoid giving money.

7. Haggle right.
The general attitude towards foreigners is that they're wealthy and not the brightest, so it's hardly surprising that Moroccans, who are likely much poorer than you, will try and take advantage of this. Use common sense when paying. But don't be embarrassingly stingy or haggle for hours. You'll never get prices that locals do, and why should you? You're not one.

8. Be smart about cabs.
The above being said, remember that no price is fixed, so take everything with a pinch of salt. Cab drivers likely won't use a meter, so agree on a price before getting in, and remain alert.

9. Plan your itinerary thoughtfully.
Morocco is incredibly diverse, so sticking just to bustling cities or one region means you won't see it at its best. Casablanca is Morocco's most cosmopolitan city, so head there if you're looking for a slightly lesser culture shock. Better still, head to Chefchaouen or Essaouira. The former is a stunning, laid back mountain town and the latter is a liberal, coastal haven. Both are gorgeous, atmospheric and provide a respite from the bigger cities.

10. Know your buses.
When arranging transport to and from these Moroccan gems, the best bus companies to go for are CTM and Supratour. Not only are they reasonably priced, they're also designed with tourists in mind (i.e. have air conditioning). Big bonus.

Ultimately, your Moroccan adventure is what you make of it. At times the cultural barriers can be immensely frustrating. But what's the point of travel if not to experience other ways of life? It won't always be an easy ride, particularly as a female traveling alone, but the sights more than make up for the obstacles. 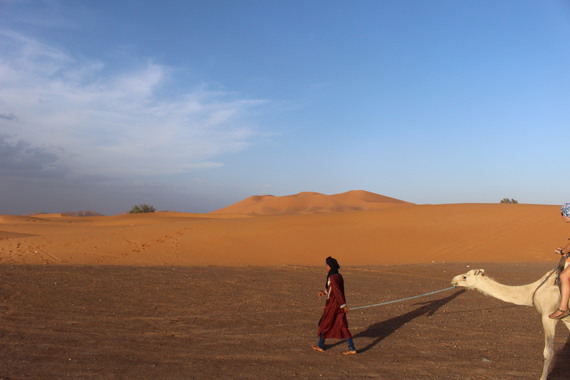 There's not many countries that take you from dazzling mountain ranges, to vibrant souks, to stunning sand dunes in a matter of hours.

Keep calm and enjoy Morocco for the overwhelming, awe-inspiring experience that it is!