Are you an employee at a company that is financially corrupt, or engaging in cover-ups of unethical or illegal behavior? If you're thinking of blowing the whistle on corporate malfeasance--or any wrongdoing anywhere!--I applaud you. People who stand up and point out that something is wrong are heroes.

But I also want you to be safe.

Some whistleblowers have been lauded, but others have had their lives ruined. Some have committed suicide. Others have suffered the slow death of drug or alcohol addictions brought on by the upheaval that telling the truth caused in their lives. In this article, I share ten tips you must know if you want to blow the whistle without blowing up your life.

Two films illustrate the wildly different trajectories whistleblowers have experienced: Erin Brockovich and Kill the Messenger. The latter is slated to be released this fall, and tells the story of investigative journalist Gary Webb. 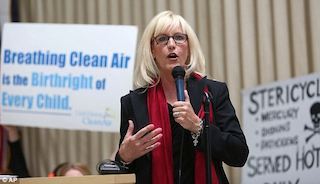 Webb uncovered the CIA's role in facilitating the importation of huge amounts of cocaine into the U.S., which was aggressively sold as crack in inner-city neighborhoods to raise money for the Nicaraguan Contras. In 1996, Webb went public with his evidence in his "Dark Alliance" series for San Jose Mercury News.

Instead of winning a Pulitzer, Webb experienced a vicious smear campaign likely fueled by the CIA and carried out by jealous reporters and editors at the nation's three biggest papers, in particular the Los Angeles Times. Webb's career was destroyed to the point where he could barely support himself with part-time work at a small weekly paper. He was found with two gunshot wounds to the head in 2004; his death was ruled a suicide.

Webb was vindicated in 1998 by a CIA Inspector General report which revealed that the agency had covered up its business relationships with Nicaraguan drug dealers. Kill the Messenger is expected to reinstate Webb's reputation as a courageous journalist. 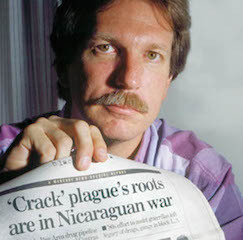 Webb, who exposed wrongdoing's in his newspaper column (source)

If you plan to blow the whistle on a corrupt organization or situation, you must know how to protect yourself. Here are ten useful tips:

1) Document your findings carefully. Don't hesitate to record conversations and make copies of files and emails that support your conclusions.

2) Keep copies of all documentation in a secure place that is independent from the influence of the organization you plan to expose.

3) Promptly report your findings to the proper authorities, including your state's Attorney General. Meet with officials in person. Face-to-face meetings help establish your credibility and create personal connections that may help protect you.

4) Retain lawyers who specialize in fighting defamation. The most common response to whistle blowing is character assassination. You want experienced lawyers who will fight back promptly with anti-defamation lawsuits.

5) Reach out to journalists who specialize in covering financial fraud and related topics. Meet with them in person so they get the story directly from you--not from sources who are trying to discredit you.

6) Know your rights! Study the Sarbanes-Oxley Act (SOX), enacted in 2002 in reaction to a series of scandals at major U.S. corporations, including Enron, Tyco International, Adelphia, Peregrine Systems, and WorldCom. SOX criminalized retaliation against whistleblowers like former Enron VP Sherron Watkins, who was named one of three "Persons of the Year" in 2002 by Time for her role in exposing financial improprieties at Enron, along with Cynthia Cooper of WorldCom and Coleen Rowley of the FBI. 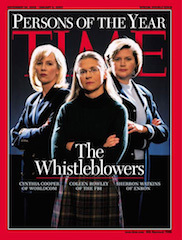 7) Limit your discussions of the situation to the authorities and your attorneys. Sadly, some whistleblowers have been put in danger even by close friends and family members who were swayed by bribery or intimidation.

8) Depending on the severity of the problem you have uncovered, you may need to assume that your life is in danger. In this case, don't hesitate to move to a new location and only let people you trust know where you are.

9) Start building up a cash reserve. Work with your financial advisor or broker, as you may need to liquidate some investments in case you do need to change your location. You don't need to tell them why, but they may be able to help you strengthen your cash position and keep your liquid funds secure. 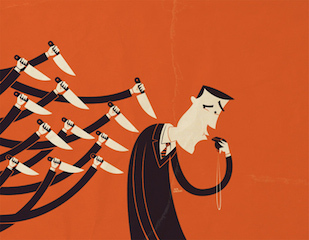 Whistleblowers can be the backbone of a good society (source)

10) Keep the faith! If you have a spiritual or religious practice, stick with it. What you are about to do will test your strength and reserves, but it is the right thing to do, and people who do the right thing are the backbone of a good society.