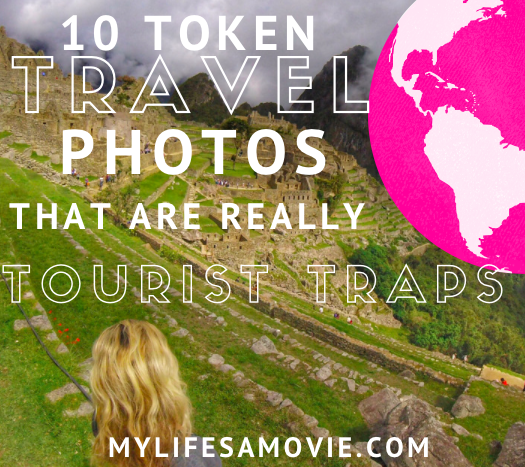 Have awesome travel photos of a token landmark or site ever convinced you to go somewhere, only to discover that it's actually a massive tourist trap? It definitely has for me, and while I'm usually a little disappointed, I'm also guilty being one of the people who have mastered angling and editing to make my travel photos look like it wasn't. Sorry.

Although tourist traps are easy to spot as soon as you get there, mostly because they require an entrance fee, you kind of just have to laugh at how well some people can make their travel photos seem like they were the only people around for miles, when in reality, they were basically at Disneyland. Yes, it's annoying, and not the most fun to be crammed in a crowd. But you also have to realize that you're not the only person in the world who wants to see cool, popular sites, and especially get those token travel photos!

You may not realize it from the finished Instagram products, but here are a few examples of token travel photos from myself and other bloggers, that when you zoom out, will see are really tourist traps. 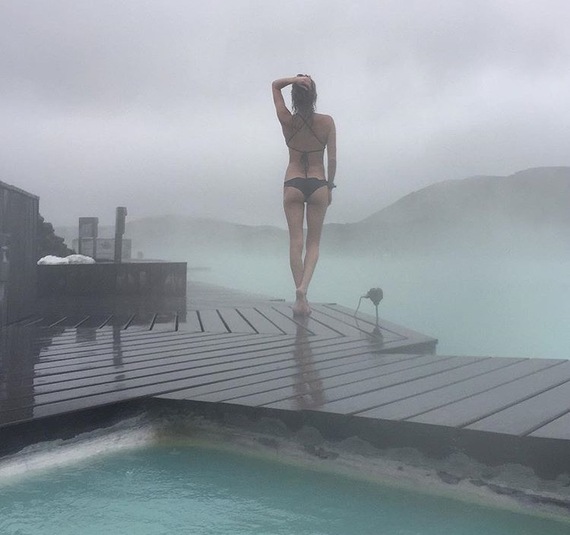 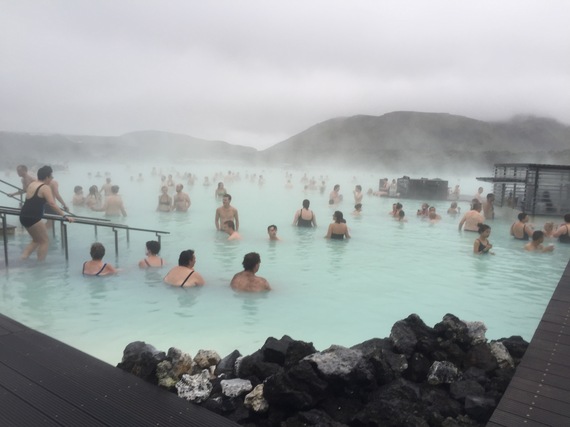 Not only is The Blue Lagoon a breathtaking natural World Wonder that attracts thousands of visitors, but it's also really close to the airport in Iceland, which makes it a prime site for tour companies to ship bus loads of layover passengers to. It's nearly impossible to get a photo without at least one other person in it, but I managed to sneak back after they cleared everyone out for closing to get a shot of just myself in the famous lagoon. 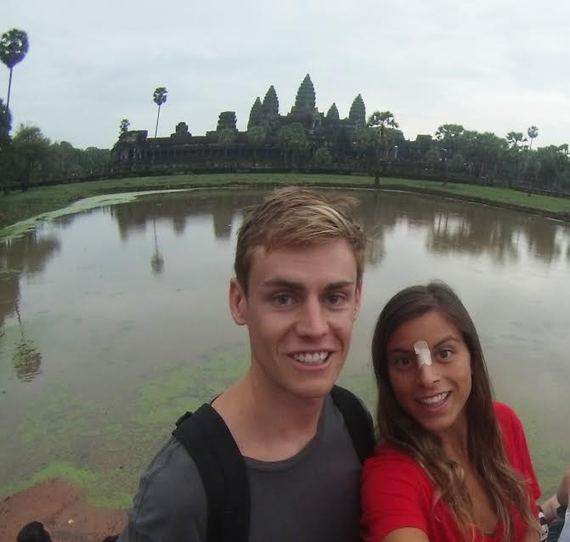 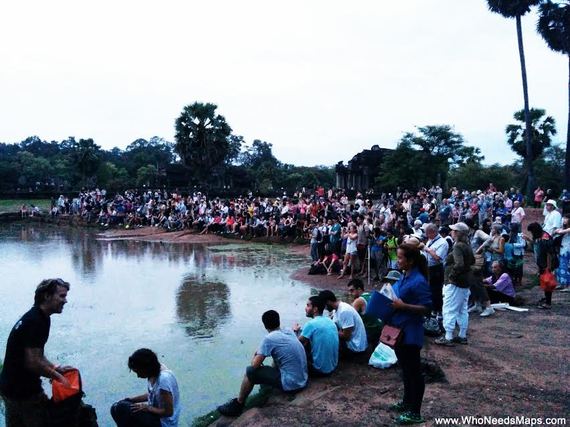 The story about why Jenn has a band-aid in the middle of her face is more amusing (an AC panel fell on her face in bed in Vietnam), but as you can see, their photo editing skills make it seem like it was just the two of them in front of Angkor Wat, when really there were thousands of tourists. 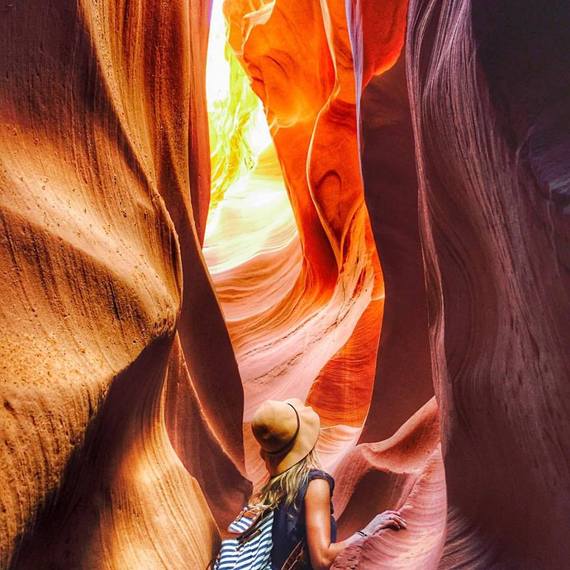 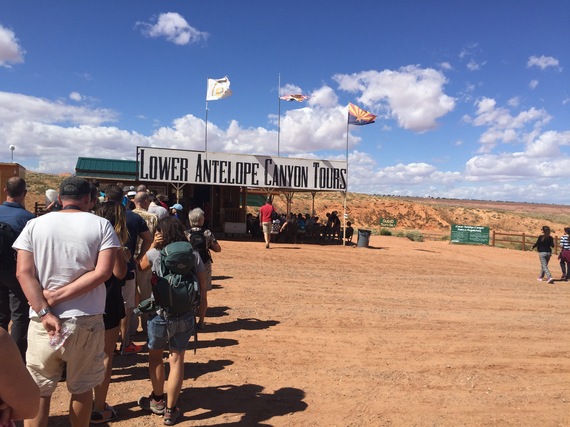 I thought Antelope Canyon was going to just be a giant natural area that you can just walk around in on your own. Turns out, nope, you not only need a pass to be on the Indian reserve that it's on, but you also need to pay a fee for a mandatory tour, which gets fully booked on a daily basis. 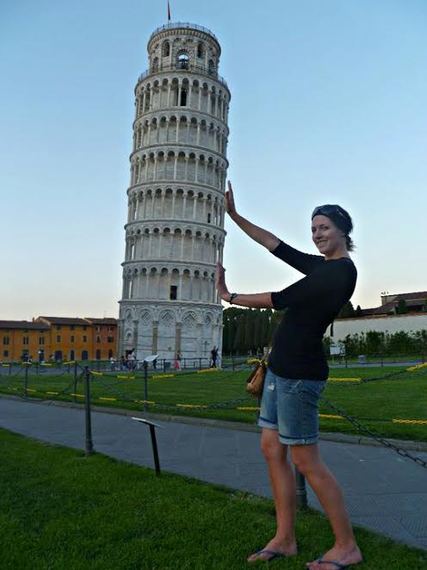 Obviously if you go see the Leaning of Tower of Pisa, you HAVE to take a perspective photo of yourself holding it up! Vicki's came out great, and in the second photo, if you look closely, she managed to get all of the tourists doing the "Leaning Tower pose" in various areas which probably looks great in the final photo, but really funny in photos of them doing it! 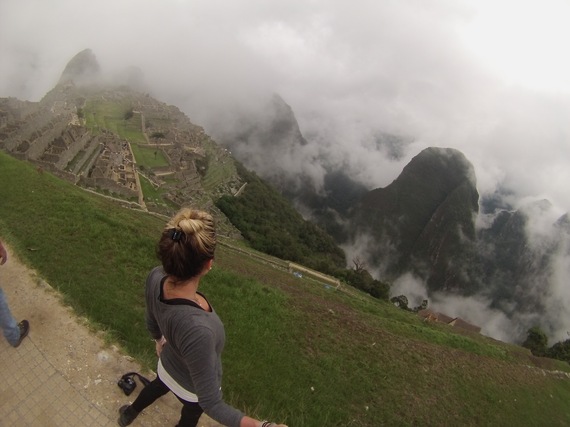 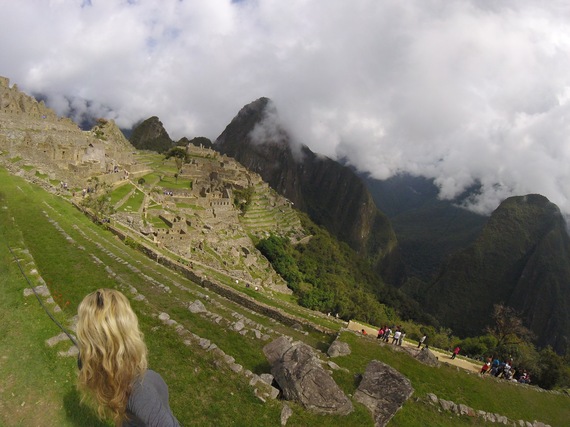 I knew Machu Picchu was a tourist trap before I went there, which is part of the reason why I wanted to do the 4 day Inca Trail hike to it to be one of the first people there before the main gates open. It was nice to see it so empty, but there were still about 200 people on the Inca Trail with me, and once the main gates opened, I literally felt like I was at an amusement park. 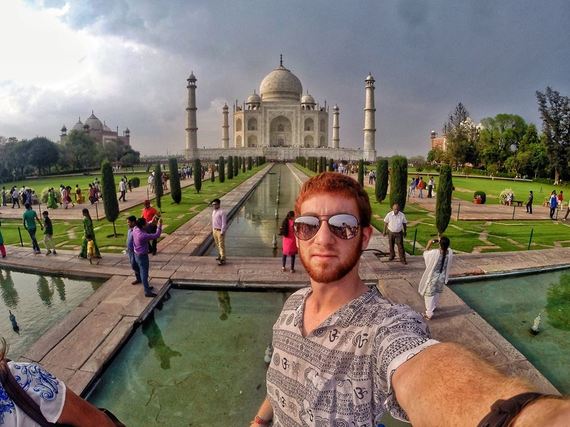 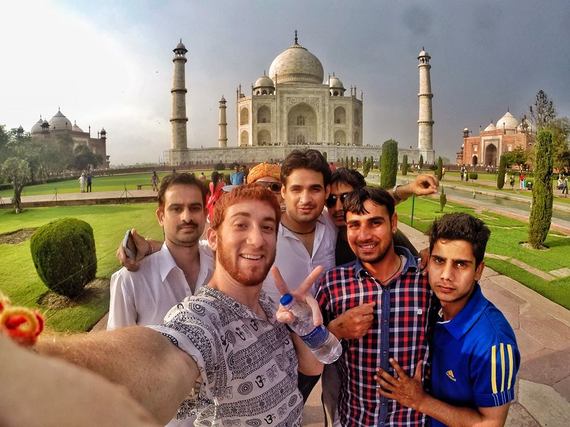 Drew is really good at taking token travel photos, even if there are tourists in the background doing the same thing. This is a nearly impossible shot to get with no one else in the background though so why not asking other photo-takers to jump in yours?? 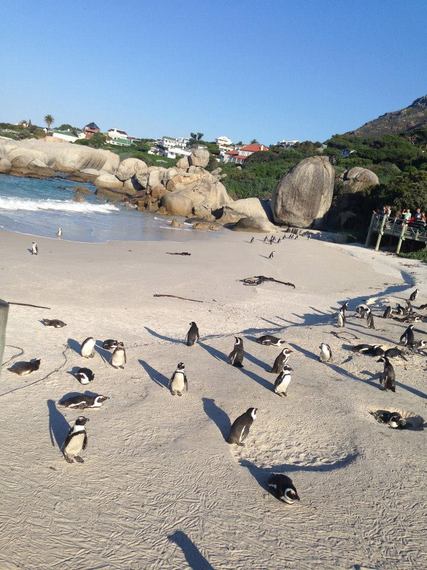 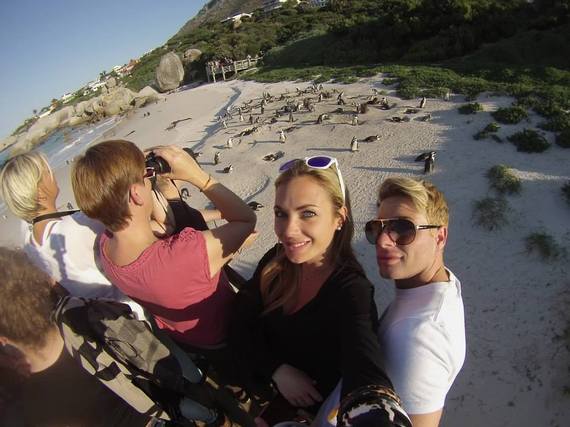 Behold! The mysterious and adorable penguins of South Africa, that can only be found at Boulder's Beach! Although you can definitely spot them in their natural sunny habitat, you'll be alongside dozens of other spectators who just like you, paid a relatively hefty fee just to go see them. Don't forget to get your token penguin souvenir in the gift shop! 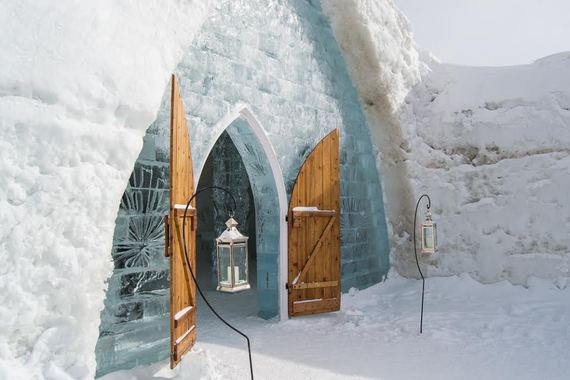 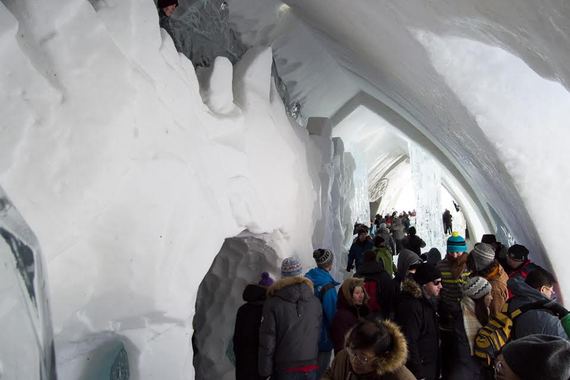 "Tourists wielding their selfie sticks, children stroking the walls and climbing on all the ice sculptures makes it hard to just take a stroll through Hotel de Glace, North America's only true ice hotel. It's a challenge to appreciate the sheer scale, how detailed the ice sculptures are when you are being jostled down the corridors and need to queue to see and photograph the rooms." 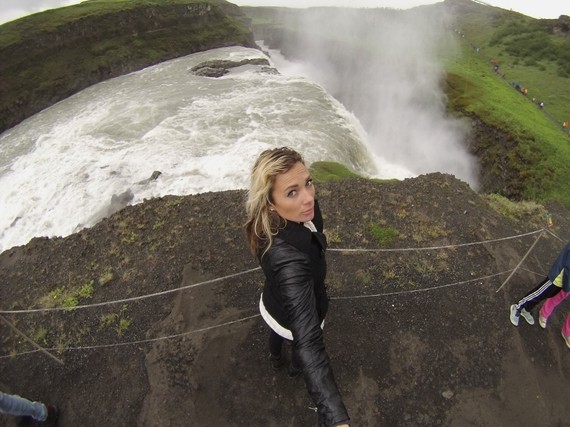 Gulfoss is one of the most popular waterfalls in Iceland due to its enormous size and also because it's a stop on the most popular tour (and easily accessible), The Golden Circle. I snuck a pic in an empty spot, but you can see the tourists all around me.. 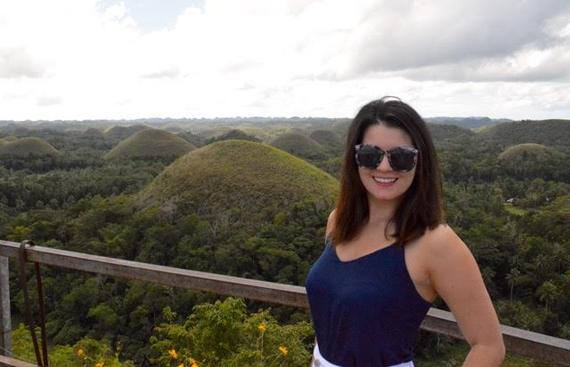 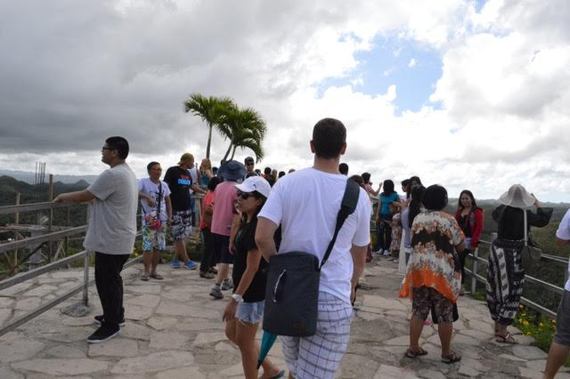 "The Chocolate Hills is this amazing geographical formation on the island of Bohol, Philippines. There are well over a thousand hills within a 50km radius, which means that it makes for an amazing photo op. The place is totally Instagram-worthy...well, that is, if you're willing to wait your turn to get a good photo! The first photo makes it look totally secluded. The second shows the reality of the experience."