There are a number of things that have surprised me about adulthood, but the most unexpected has been the lingering suspicion that I totally suck at it. Surely other adults, particularly fellow parents, don't experience that niggling feeling that they are mere impostors? Sure, we manage to keep our household running smoothly and our kids don't seem to be turning out to be a-holes-in-training, but sometimes, I feel that I've severely missed the mark. When I look back at my first models of adulthood -- my parents -- I feel confident that they did a hell of a lot better than I'm doing. In fact, it's quite possible that I could be considered an actual failure as an adult. I've broken down my incompetence as follows:

Top 10 Reasons I Am a Failure as an Adult 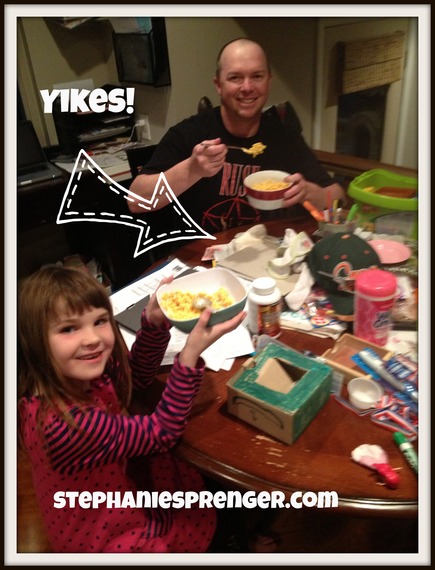 When I look back on the efficient, well-oiled machine that was my childhood household, I don't remember as much chaos, scrambling and disorder. Was at least one person sick all the freaking time, the way it is in my family? (Don't you dare blame our persistent colds on our streaked windows or soup-splattered microwave.) Were swear words uttered and too many TV shows viewed? I don't believe my brother or I ever had fingernails (or toenails) that would've been considered an unfair advantage in The Hunger Games.

Have my husband and I totally failed at adulthood? Is there some sort of remedial class we need to take? During the most hectic of mornings, when my house looks like it threw itself up and we haven't had a good night's sleep in days, I often beat myself up for not having it all together. I might have been patting myself on the back for not having missed the school bus, but then I remember that I haven't cleaned that tile area behind the kitchen faucet... ever.

But maybe when my brother and I were little, our bedroom floors were littered with puzzle pieces and Happy Meal toy parts. Maybe we'd eaten hot dogs three times already in one week. Maybe the kitchen trash was overflowing. And perhaps 20 years from now, my children won't remember the fact that the bathtub toys were never put away. Perhaps they'll have forgotten the kitchen chair backs that were constantly streaked with squeezy-yogurt. I hope they remember the snuggling, the laughing and the "I love you so much"s instead. 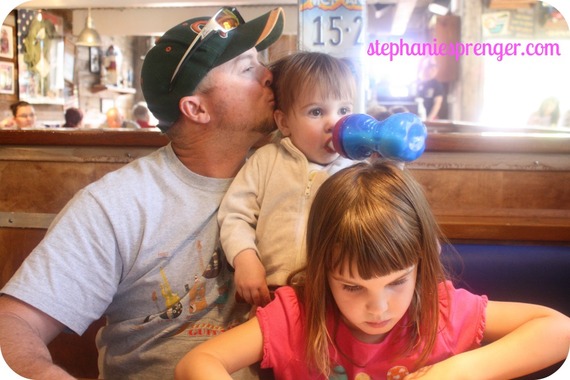 A version of this post was previously published on Mommy, for Real. Connect with Stephanie on Facebook.