There comes a time in every skier and snowboarder's life where you have to say goodbye to the ones you love. Maybe it's the 10 year-old Volant Machetes that lasted through the good times and are now relegated to late-season rock runs. Or perhaps it's those Solloman boots that you bought during your first season, incredulous at the great deal that you were getting until your friend pointed out that it's spelled "Salomon."

Whatever the reason you're still hanging onto these gems, it's time--time to send them on to a better place. But don't fret--these bits of gear that hold such great memories don't have to go far. Here are some of the best ways to repurpose your expired gear.

Why ditch that manky snowboard that has seen better seasons? Instead, turn it into a conversational piece that's also functional--it's sure to illuminate any outdoor soiree. 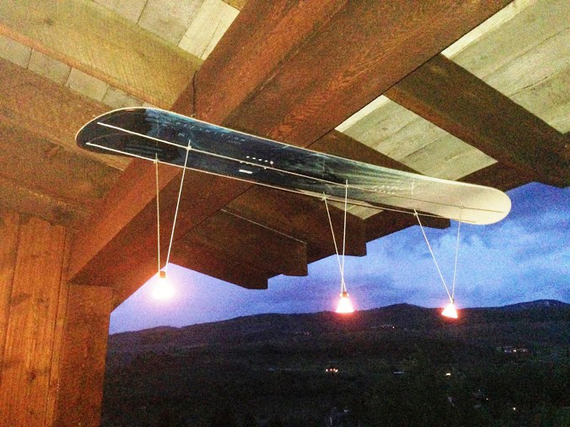 Those skis have been the reason for some of your most shining moments on the slopes so respect the sticks. Instead of tossing them, turn them into a conversational piece of lighting brilliance in your foyer or in any location that could use a bit of luminosity.

As snow sports enthusiasts, we know how important it is that we respect Mother Nature. Take those lovely rear entry boots you've been sporting and give them an extra bit of dazzle by creating a planter. Be sure to line the bottom of the boot with small rocks for better drainage or just drill a few holes in the sole. 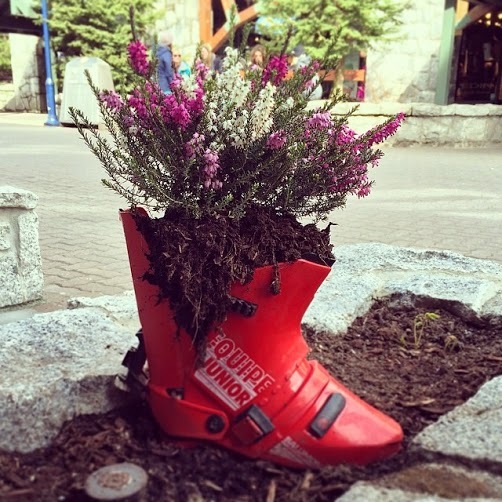 You've spent many vertical miles on your feet, strapped to those beloved planks. Make them do the work for once by converting them to a chair or a bench. You'll be able to take pleasure in your gear year round, perhaps while sipping a tasty beverage. 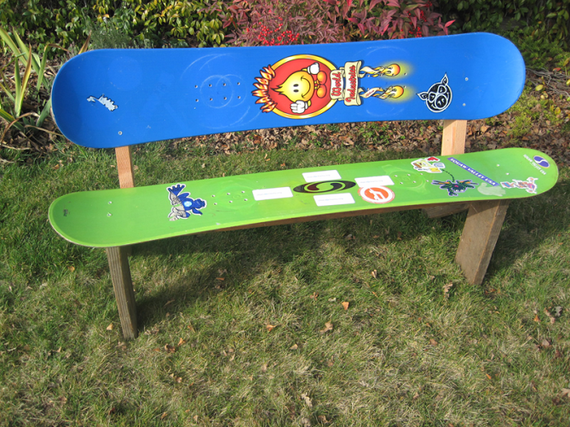 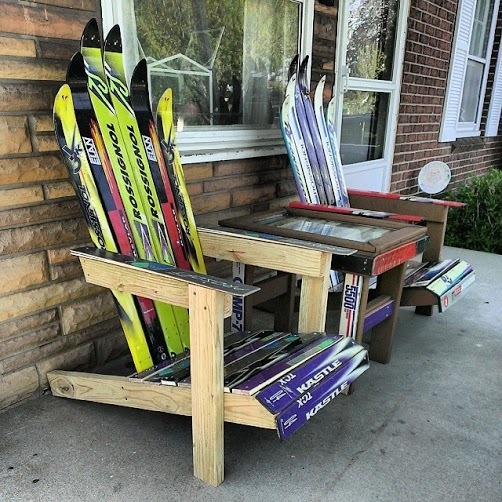 Though drinking and skiing don't mix on the slopes, it's perfectly acceptable in your home. Make sure that those fine vintages (ahem, Two Buck Chuck) don't spoil with these beauties. 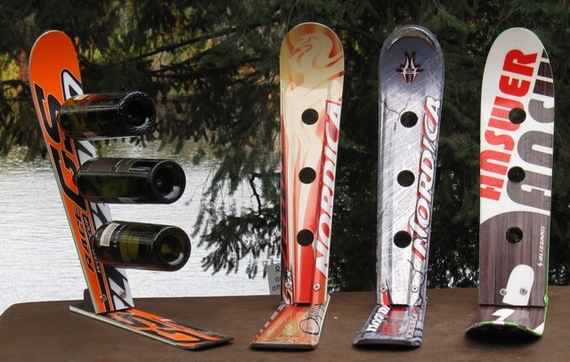 Though you can create a nifty hanger setup with either a ski or a snowboard, it's a personal decision as to how much wall space you want to use and how many hooks you want to utilize. It's also possibly the easiest way to repurpose your old gear. 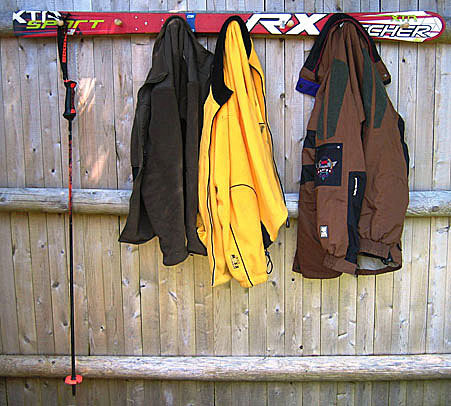 Eschew those old tires when you're constructing your next outdoor swing (who wants black rings on their legs anyway?) and use an old snowboard instead. Not only is there ample room for an adult-sized heiny, but, dependent on the length of the snowboard, you could conceivably fit two people on this beauty. Nothing like a little snowboard swing smooching! 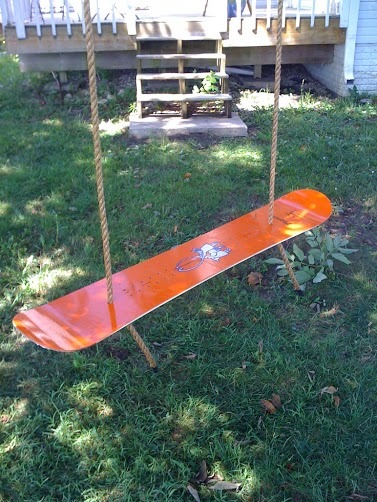 When repurposing your gear, don't forget Fido. After all, he needs some snow gear lovin', too. While this particular version is made with a skateboard deck, there's no reason that you couldn't fashion a raised dog bowl system with a kid's snowboard. Or, if you have multiple dogs and/or your name is Sarah McLachlan, you can insert multiple bowls in a full-sized board. 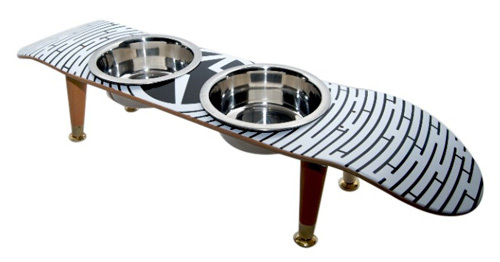 Utilizing old ski gear for classic board games is an excellent way to prolong the fun. Wait--you don't know what cribbage is? Not a problem. This is an opportunity to learn from your elders and to connect with a different generation. Grab a grandparent and, for once, they'll school you. 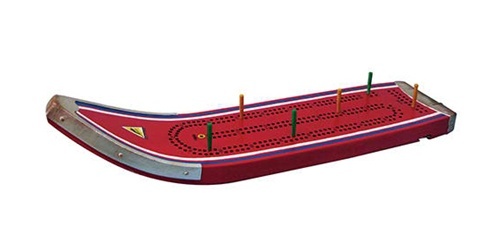 Old snowboards are best for creating shelves (more surface space = more stuff you can fit on there), though it's possible to use a ski. While most people choose to remove the bindings before mounting the shelf, it's cool that this version keeps the bindings attached. There is no doubt as to what is displaying your complete set of Shaun White action figures. 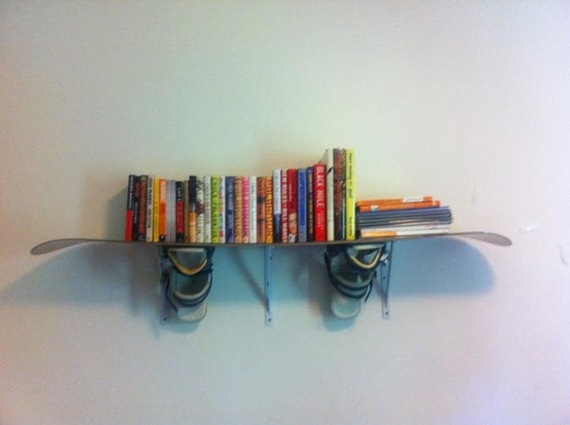 There are a myriad of ways to repurpose that old gear, many that require only a few tools and some imagination. Others may require more advanced skills (electrical engineering, anyone?), but where there's a will, there's a way. So grab those old skis, snowboards, ski boots, poles and other bits of down-and-out gear debris a, Skiing Examinernd get creative.