Mass extinction means three out of every four species you are familiar with would disappear off the face of the Earth, plausibly in time for your grand kids to see it happen, if not before.

You may have heard that biologists now agree that's exactly where we're heading. They're calling it the Sixth Mass Extinction, since it would be only the sixth time in half a billion years -- the entire time complex life has been on the planet -- that so many species go extinct so fast. And you've probably heard that it's us, Homo sapiens, who are causing it, by all the ways we are changing the planet.

But, with all the gloomy predictions being thrown about, you may not know that the Sixth Mass Extinction is not a done deal.

Yes, it's true that about a third of species we've evaluated are threatened with extinction, and that we've killed about half of all our wildlife in the past forty years. But it's also true that so far we've only lost less than one percent of the species that have ridden the planet with us for the last twelve thousand years. That doesn't mean species aren't in trouble -- more than 20,000 of them are -- but it does mean that most of what we want to save is still out there to be saved.

Biologists have been quite successful at nursing some species back to health. But the task of saving the thousands that are are now in dire straits requires more than case-by-case efforts. It requires dealing with the most important underlying drivers of extinction: 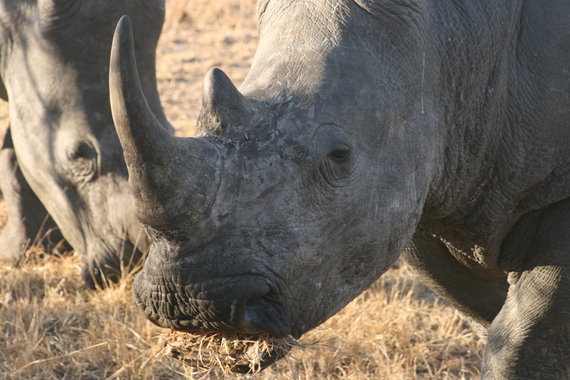 Dealing with these ultimate extinction drivers is where your individual actions come in -- multiplied by seven billion, the positive actions accumulate to solve the problem, just as negative actions have accumulated to cause it. So if you want to avoid the Sixth Mass Extinction, here are the top 10 things you can do.

1. Spread the word, to your family, friends, co-workers, and social media circle: the extinction crisis is real. Mobilizing a critical mass of people is the first step. Once humans realize problems are urgent -- even big problems -- we tend to be very good at fixing them.

2. Reduce your carbon footprint. Especially in developed countries, reducing the per-capita use of fossil fuels will be essential for holding climate change below lethal thresholds for many species globally. You can assess and figure out ways to lower your carbon footprint by using one of the many on-line carbon footprint calculators (like carbonfootprint.com). Even little changes like adjusting the thermostat; trip-chaining (go from one errand to the next) when you use your car for errands; recycling; and walking or biking instead of driving, when multiplied by hundreds of millions of the world's most prolific consumers, add up to huge results.

3. Buy products from companies committed to using sustainably produced palm oil in their products. Palm oil is an ingredient in many foods, cosmetics, and soaps. But tropical forests, which harbor up to two-thirds of all land species, are rapidly being cut down to make way for palm-oil plantations. Some companies that use palm oil in their products have committed to not using oil that originates from newly deforested landscapes -- these are the companies to buy from. The Union of Concerned Scientists provides a list.

4. Eat fish from only healthy fisheries. Overfishing has wiped out 90 percent of the big fish from the sea and caused near-extinction of many species. An easy way to make sure the fish you buy are from healthy stocks is to use the Monterey Bay Aquarium's Seafood Watch App, which you can find at here.

5. Eat less meat. If lands now used to grow crops for livestock were instead used to grow crops eaten directly by people, there would be 50 to 70 percent more calories available for human consumption. Which is enough to feed more than a billion more people than we're feeding today, and would prevent plowing over rainforests to make more farms.

6. Never, ever buy anything made from ivory -- or from any other product derived from threatened species. Buying ivory curios supports international terrorist groups and drug lords that orchestrate poaching so severe that, if it keeps up, will have killed all wild elephants on Earth within just twenty more years. Many other species are under siege for use in traditional "medicines" that studies have shown to have no health value, like those using parts of rhinoceros, tigers, snow leopards, and pangolins. When in doubt about whether something you want to buy comes from an endangered species, you can check cites.org, a website that lists of all species that are so endangered their trade has been banned by international law. 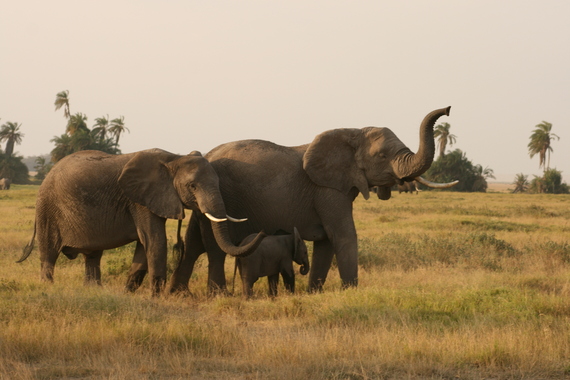 7. Enjoy nature. Spend your weekend or vacation exploring a national or state park or similarly biodiversity-rich place. That will remind you why preventing the Sixth Mass Extinction is so important. The reasons people have for wanting to keep species alive are diverse, ranging from "ecosystem services" -- like pollinating crops, keeping soils fertile, or fueling local economies -- to moral imperatives. But one of the most compelling reasons is that places with lots of species simply make people happy when they visit them. This is not surprising from a biological perspective -- the human species evolved with a multitude of other species around us, and on a deep genetic level, biodiversity is home. Harvard biologist E. O. Wilson even gave our deep connection to nature a name: biophilia.

8. Adopt a species or become a citizen scientist. Get involved in helping conservation organizations by helping to nurture your favorite threatened species back to health or discovering where species live. Google "Adopt A Species" and you'll get a long list of organizations, species, and helpful actions to choose from. Become a citizen scientist here.

9. Vote for and support leaders who recognize the importance of switching from a fossil-fuel energy system to a carbon-neutral one, who see the necessity of growing crops more efficiently, whose economic agenda includes valuing nature, and who promote women's rights to education and healthcare. Providing access to education for women, especially in poor parts of the world where it is presently lacking, is important with respect to the extinction crisis, because education tends to reduce birth rates -- a reduction that is needed to keep global population below ten billion by mid-century, and humanity's global footprint small enough to give other species a chance.

10. Don't give up. This is not a problem that will be solved overnight. It has taken decades, even centuries, to bring us to the crisis point we're now at. It will also take decades to bring the thousands of threatened species back to health. If you quit too soon, you, and the species you care about, lose. But it's important to start acting now. So many species are at risk that if we don't start turning things around pretty much today, it will be game over before we know it.

Anthony D. Barnosky is a Professor in the Department of Integative Biology, Curator in the Museum of Paleontology, and Research Paleoecologist in the Museum of Vertebrate Zoology at the University of California, Berkeley. His new book Dodging Extinction: Power, Food, Money, and the Future of Life on Earth (University of California Press, Fall 2014) explains how we can avoid the Sixth Mass Extinction.